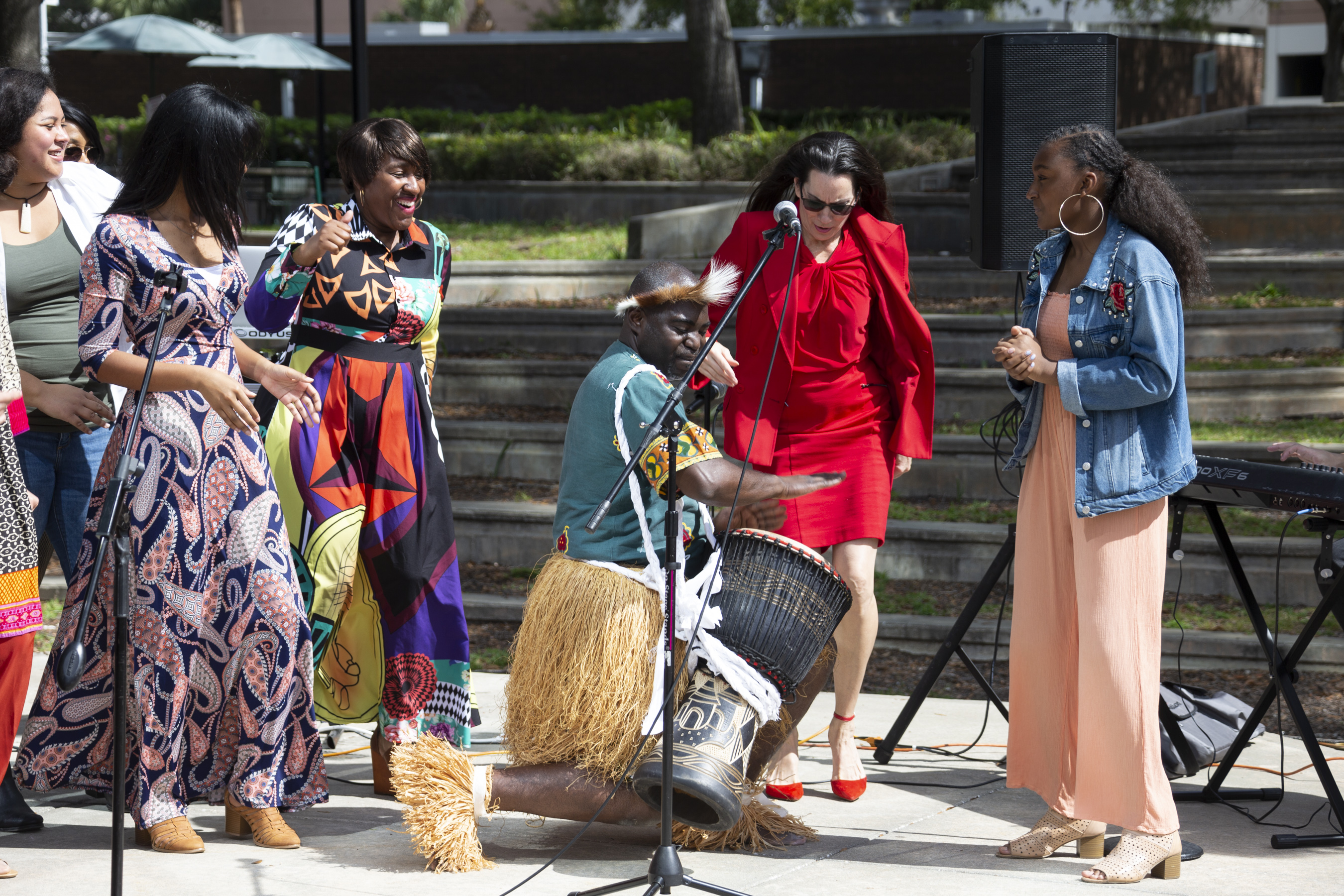 The aroma of family-style cuisine and the melody of percussion and woodwind instruments filled the air around Orange County Government during the Black History Festival on the Lawn on Friday, Feb. 15. The afternoon celebration at the administration center in downtown Orlando, hosted by the Black History Committee of Orange County, Inc., recognizes the significant contributions and remarkable accomplishments of African-Americans throughout history.

Now in its 25th year, the event featured live entertainment, paintings and crafts created by local artists, books by African-American authors, a community health fair with wellness vendors and an array of culinary delights provided by local restaurants and food trucks.

“Thank you to the dedicated volunteers from the Black History Committee of Orange County, Inc. for hosting this annual festival,” Orange County Mayor Jerry L. Demings said. “We celebrate the diversity in our community that make us stand out as one of the best places to live in the nation. I am excited to celebrate the convergence of cultures from around the world that come together in Orange County.”

Leading up to the festival, the Committee also hosted several public events at the Administration Center, including a Soul Food Tasting during the Jan. 29, 2019 Board of County Commissions meeting and the annual showcase of Art in the Lobby showcase featuring works by African-American artists.

The mission of the Black History Committee of Orange County, Inc. is to educate Orange County residents about the heritage and significance of the African-American diaspora, which played an integral role in shaping American history. The Committee, in partnership with corporate and government partners, is committed to highlighting and improving the dialogue surrounding the contributions that African-Americans have made to society. Additionally, the Committee is dedicated to improving the education and literacy of disadvantaged communities through donations and scholarship grants.