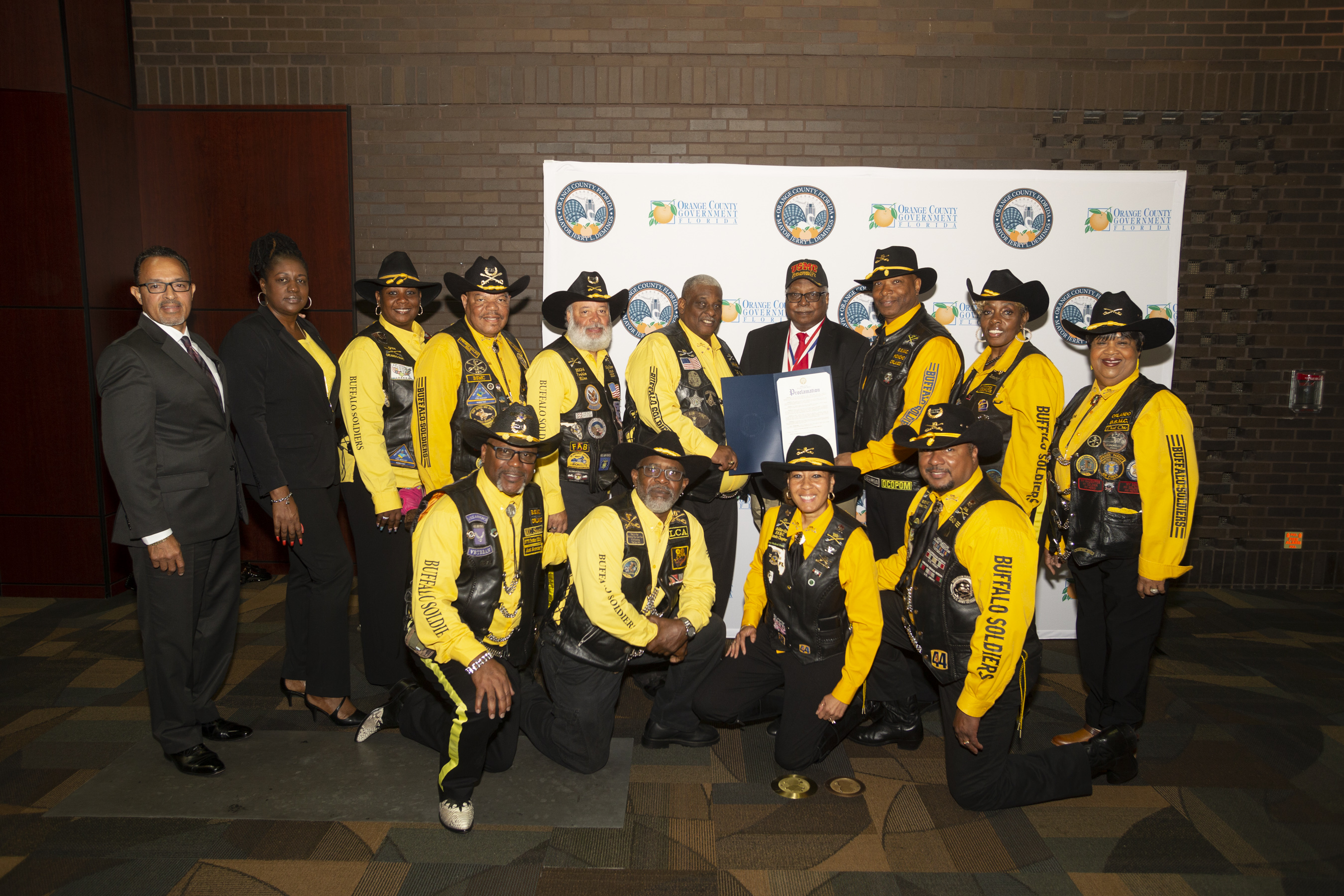 Orange County Mayor Jerry L. Demings joined the Board of County Commissioners (BCC) to recognize the achievements of retired African-American individuals who served in the armed forces and Veteran organizations in honor of Black History Month on Feb. 26. 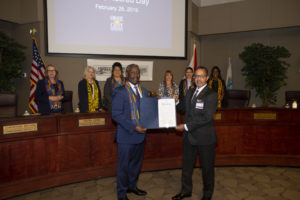 Richard R. Hall Jr. was born on Sept. 25, 1923 and grew up in Orange County where he attended Robert Hungerford Boarding School in Eatonville. He received a scholarship to Xavier University and later joined the Army Air Force Reserves. Hall was called to active duty in 1942 to serve in the 99th Fighter Squadron at the Tuskegee Institute, which later became known as the famed Tuskegee Airmen.

The brave actions and perseverance of these individuals during a time of racial prejudice led to the desegregation of the military in 1948, under President Harry S. Truman. The creation of the U.S. Air Force, the first integrated branch of the military, dissolved the Tuskegee Airmen in 1949 but Hall continued to serve in the Korean War and the Vietnam War, working his way up to the rank of Chief Master Sergeant before retiring in 1973. He served the nation with valor for 31 years.

To honor Hall’s achievements, a proclamation was presented to representative Frederick Robinson at the meeting. Hall and members of the Tuskegee Airmen received the Congressional Gold Medal in March 2007, the highest civilian award from the United States Congress. 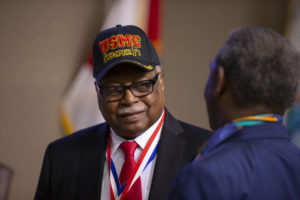 Charles O. Foreman embodies the spirit of patriotism, selfless service, and sacrifice and achieved the rank of Platoon Sergeant, retaining that rank until his honorable discharge. Foreman and other members of the Montford Point Marines received the Congressional Gold Medal in November 2011. 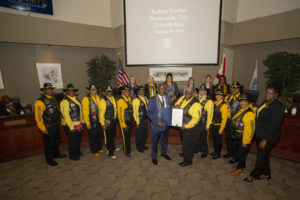 Nicknamed “Buffalo Soldiers” by Native Americans, the mostly African-American Veterans were part of the “United States Colored Troops,” who had fought with great distinction during the Civil War. They continued to serve until 1918 and earned 27 medals of honor.

The Buffalo Soldier Motorcycle Club (BSMC) was founded in Illinois by retired Chicago Police Officer Kenneth “Dream Maker” Thomas in 1993. The mission of the BSMC Orlando Chapter is to educate and keep alive the history of the Buffalo Soldiers and other minority military contributions, provide positive role models to the youth in the community, foster brotherhood amongst the professional motorcycle community and support other charitable organizations.

BSMC Orlando fosters its mission by supporting many community service projects, including a scholarship program and providing free student haircuts and school supplies, monetary assistance to cancer survivors, Christmas gift bags to senior citizens and Christmas toys for families of children in need.

The BCC recognizes and commends BSMC Orlando for its positive impact on the community and the example it provides to local youth.