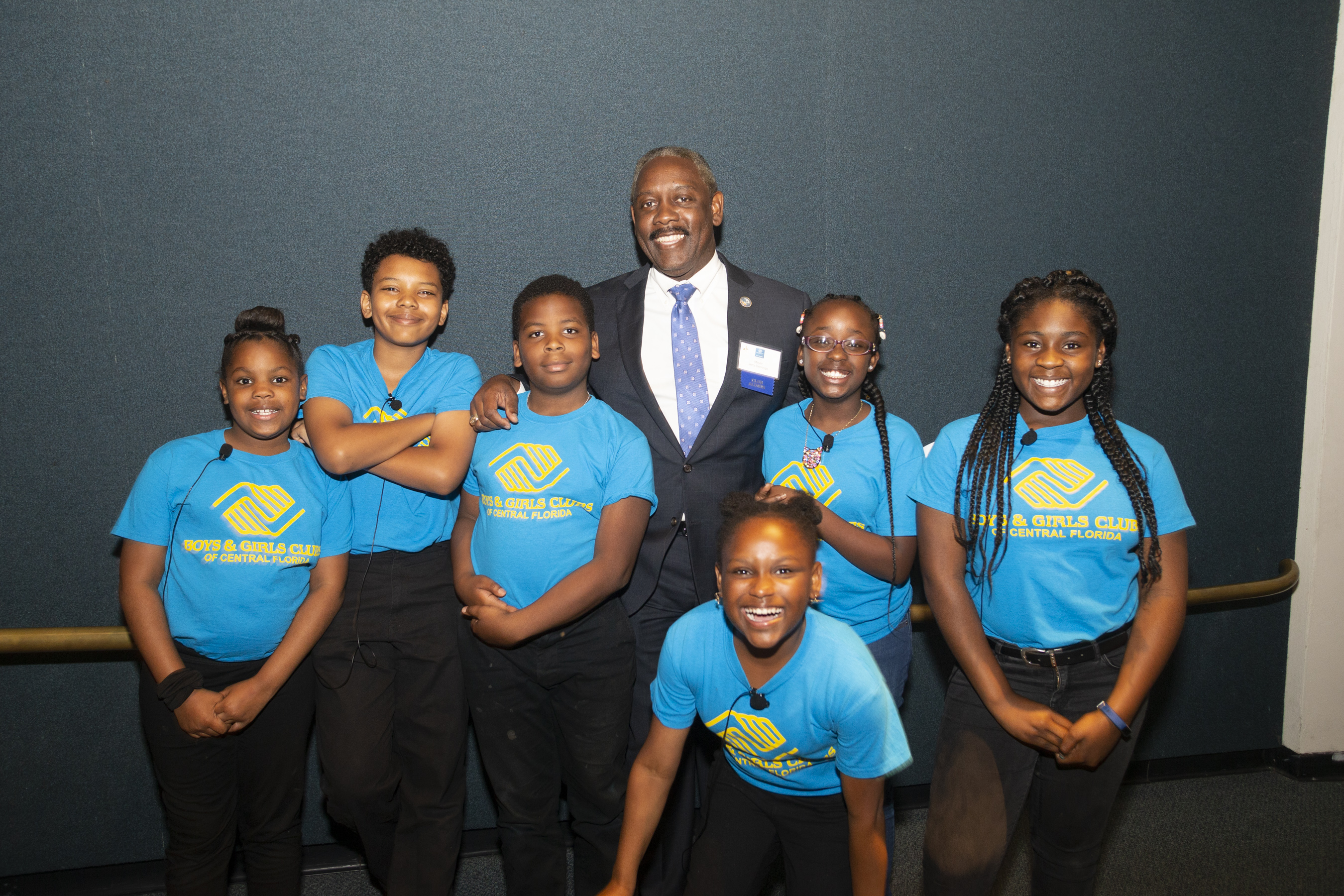 This year marks the 75th anniversary of Boys & Girls Clubs of Central Florida. Since 1944, the organization has helped inspire hope and opportunity in those who need it most – at-risk children in our local community. Among those children was Orange County Mayor Jerry L. Demings, who credits the organization with opening his eyes to opportunities he did not know existed.

Demings grew up one of five children in the working-class Orlando neighborhood of Washington Shores. His mother took the bus every day to clean homes for white families and also cleaned offices at night. His father drove a taxi.

“Often, there was nobody home in the afternoon to take care of us,” acknowledged Demings.

“They had to work all the time in order to keep food on the table.”

Without a safe, positive and secure after-school option, Demings’ older brother eventually became addicted to drugs and ultimately died from substance abuse. His mother was determined to prevent that kind of thing from happening to her other children, so she enrolled them in the Boys & Girls Club in nearby Carver Shores.

“We provide a safe environment, especially during after-school hours, which are the most dangerous hours of the day for young children, as well as summertime because they have nothing to do,” said Gary W. Cain, President and CEO, Boys & Girls Clubs of Central Florida, who is also a Club alum. “We want them to come to a secure and welcoming place until their parents can pick them up.”

In his 42 years with Boys & Girls Clubs, Cain has seen how multi-generational poverty is the hardest thing to break. Children, he asserted, are looking for people who believe in them. By providing the nurturing, love and support that children need, Boys & Girls Clubs of Central Florida is able to create a critical dynamic that allows young people to develop attitudes and behaviors that will serve them moving forward.

“When we see success stories like Mayor Demings’, it validates what we do,” Cain said. “He’s a shining example of what’s possible. He has chosen a life of service and is always investing in helping others be successful. He was exposed to positive role models at a critical age, and now he can be a positive role model himself.”

For Demings, who has fond memories of his time there, Boys & Girls Clubs of Central Florida was an integral part of his childhood. He is specifically thankful for the after-school programs, competitive athletic leagues and academic mentoring that provided him with the structured environment he needed in order to thrive and grow as a civic-minded leader.

“I couldn’t have dreamed what my life has become,” Demings said. “Looking back, I’m grateful to the organization and all the adults who cared about me; they helped launch me on this great adventure.”

In honor of Boys & Girls Clubs of Central Florida’s 75th Anniversary, please consider engaging with the organization as a donor or volunteer, and making the difference in the life of a deserving child. Learn more at www.bgccf.org.

Photo Caption: Orange County Mayor Jerry L. Demings pictured with local Club members. Boys & Girls Clubs of Central Florida has provided a welcoming place for children since 1944, inspiring many of them, including Mayor Demings, to reach their full potential.