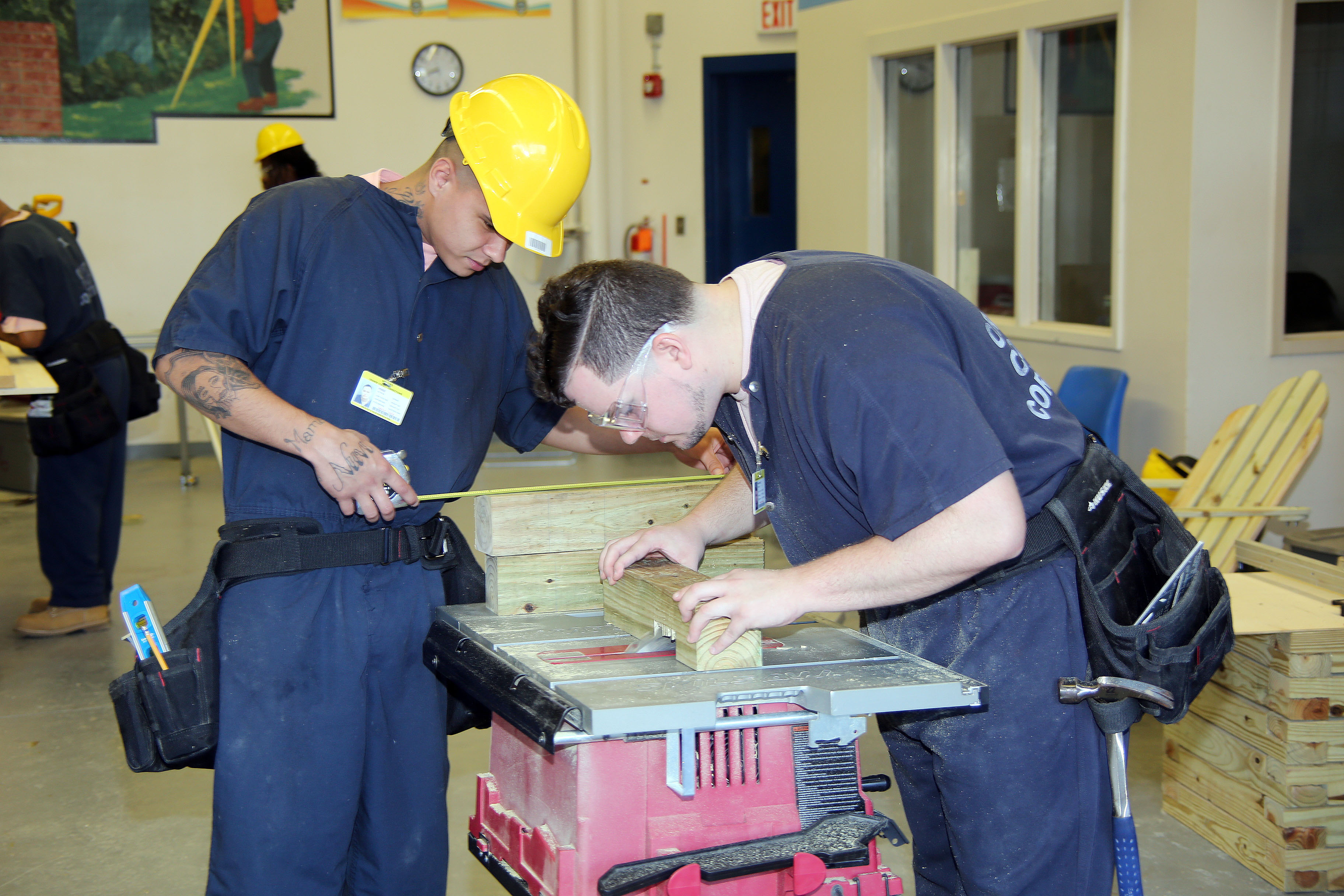 Recently, when Tyree Rogers, a former Orange County Jail inmate and participant in the Inmate Construction Program, reached out to the program’s manager, Robert Barnett, it was the latest of many outreaches that validated why the program was launched three years ago.

“I just wanted to let you know I’m still working for Lane Construction,” Rogers wrote. “Also, two months ago I received a raise, and I’m set to receive another raise in January. I also have a baby girl on the way. I’m scared to death, but excited at the same time.”

“It shows the program is working and changing lives,” Barnett said.

The six-week, full-time program is a partnership among Orange County Corrections, Valencia College and Goodwill Industries of Central Florida. Valencia already had a construction program, but wanted to work with the jail to develop one with inmates.

“We talked about a re-entry program in which inmates could train while serving time in corrections, and be equipped with the skills that would enable them to get good-paying jobs once released,” explained Barnett.

Valencia provides the tools and equipment, and facilitates the course curriculum. Graduates receive a Valencia College student ID that grants them free LYNX transportation for one year, a certificate of completion, three college credits toward an Associate in Science degree in Construction and Civil Engineering Technology, as well as the following certifications: National Center for Construction Education and Research; Maintenance of Traffic; First Aid/CPR; and OSHA 10.

“As an instructor, I didn’t know what to expect at first, but I learned almost immediately that these students are just like you and me, but they simply made a mistake in life that landed them on the wrong side of the law,” said Mark Hughes, project manager for Heavy Equipment and Construction Programs at Valencia College.

Most importantly, the recidivism rate decreases greatly for those who complete the coursework. Ideally, inmates who go through the program go on work release, get a job with a livable wage, leave work release with some money and go to work as an employee soon after.

“The program participants who do this don’t come back to jail,” Barnett said. “They gain confidence and realize other people care about them, which is an enormous confidence booster. And last but certainly not least, they can support themselves and their families.”

To date, 11 classes have graduated, and Class 12 starts late February 2019. The program, which launched in 2016, has graduated 204 students. Of those, 135 have secured full-time employment (13 females, 122 males), mostly in the construction industry.

“When you’re making a decent salary, you don’t have to go down a bad path to feed your family,” Hughes said.

Partnering for a Worthy Cause

Orange County’s Inmate Construction Program could not be successful without employment partners such as the I-4 Ultimate Construction Project in concert with companies like Skanska and The Lane Construction Corporation. In 2017, when Lane learned about the program, it immediately got involved. To date, 90 percent of the individuals the company has hired from the program are still working there.

“Two former students have also received promotions to the next level of their craft, and one individual has pleasantly surprised us with his skills in leadership and management,” said Lauralee Heckman, director of communications at Lane “This same individual is working on his B.A. in Engineering, and we have every expectation that when he graduates, he’ll join our engineering team.”

Lane offers recently released graduates with opportunities that pay a living wage and also provides medical/dental/vision benefits in order for them to care for themselves and their families. The company also encourages growth potential through many opportunities within the company.

“This partnership is a win-win-win for Lane, the program participant and the program itself,” said Heckman.

Lane is proud to partner with Orange County Corrections and Valencia to provide opportunities for former offenders to learn a craft and become contributing members of society.

For Orange County Corrections Department’s Barnett, the program represents an opportunity to do the right thing, and Valencia’s Hughes agrees.

“The numbers don’t lie,” Hughes said. “Give people the skills to make a living and support their families, and they’re far less likely to get in trouble with the law. For us, this program is about second chances. It’s about their futures, not their pasts.”