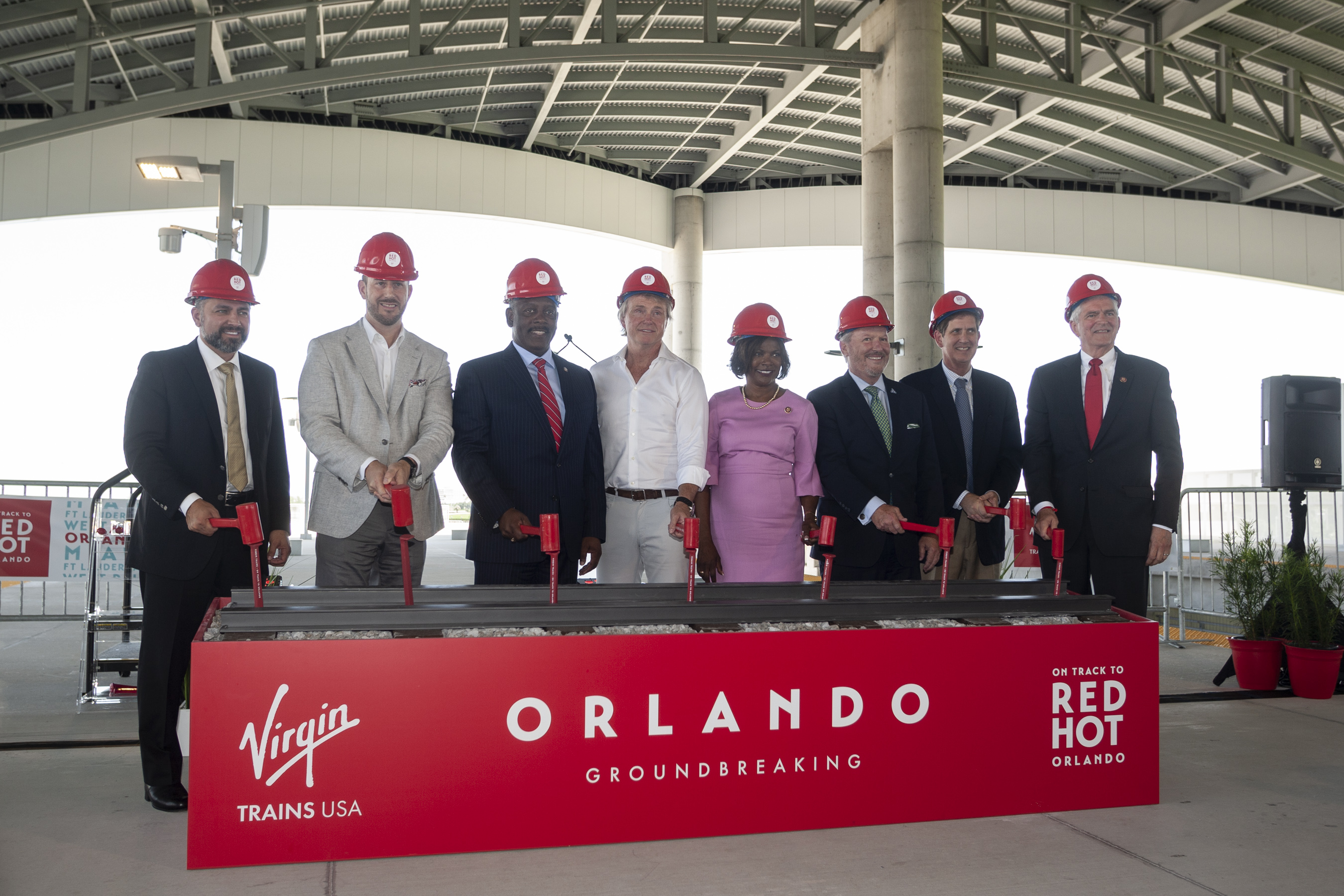 The event, held at the new South Terminal at Orlando International Airport, is part of the company’s Phase 2 expansion into Central Florida. The terminal will also serve as a transportation hub, with Virgin Trains developing 170 miles of new track into the completed state-of-the-art intermodal facility. Expansion between Orlando and South Florida represents a total private investment of $4 billion.

“Officially launching construction to Orlando marks a huge milestone for Virgin Trains and the realization of our vision to reinvent passenger rail in America,” said Virgin Trains President Patrick Goddard. “Connecting Orlando and Miami, two of our nation’s greatest cities, will provide tremendous economic and environmental benefits that will be an asset to Florida for generations.”

With service to Orlando expected to begin in 2022, Virgin Trains projects more than six million annual riders in Florida and a $6.4 billion economic impact to the state. The project between South and Central Florida will generate more than 10,000 jobs and more than $650 million in federal, state and local tax revenue over an eight-year period.