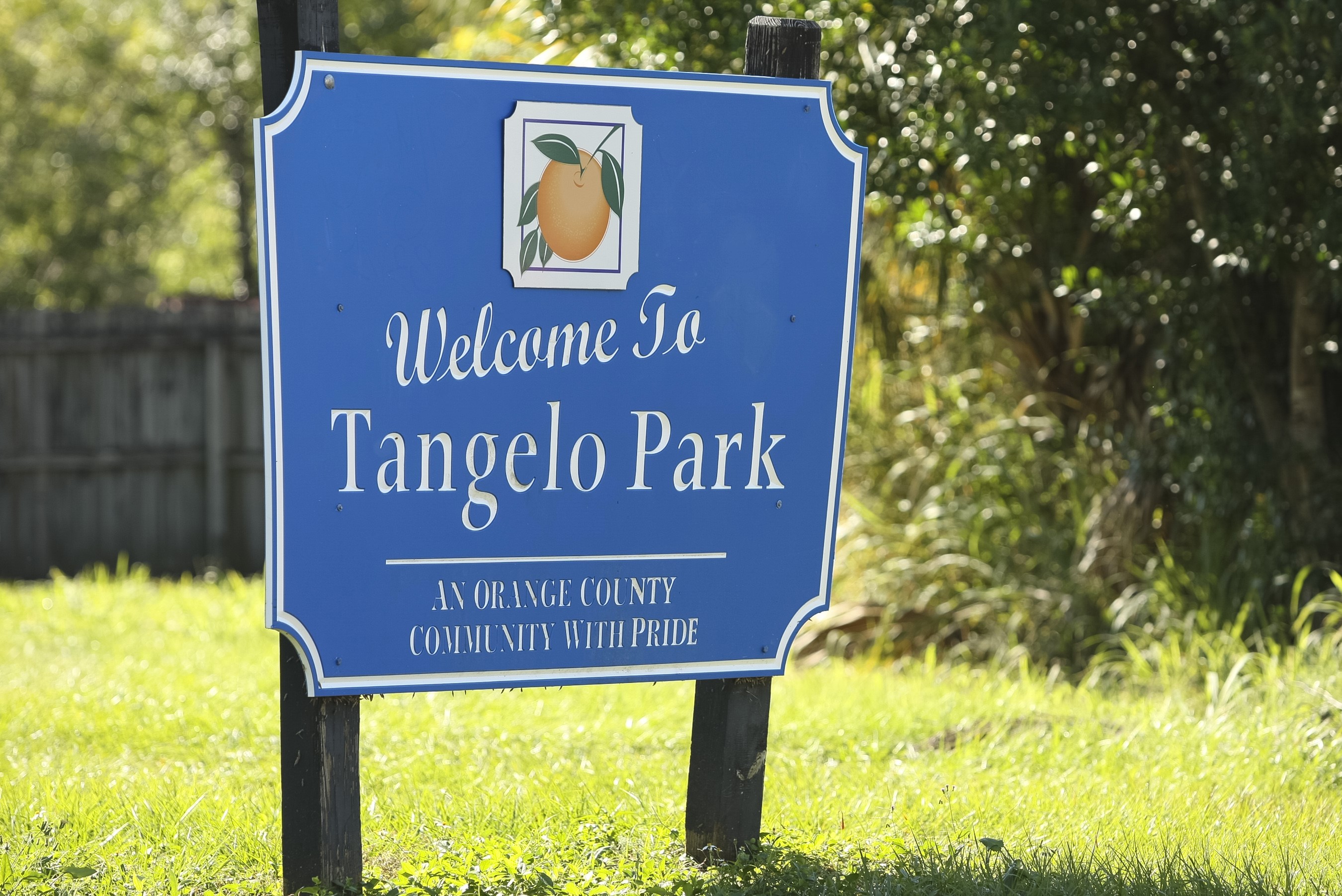 An Orange County Neighborhood You Should Know: Tangelo Park Remains a Close-Knit and Unified Community

Tangelo Park is, in fact, not a park. It is a community built in the 1950s on land formerly used for orange groves. It was named after the tangelo, a particular hybrid of citrus that mixed tangerines and pomelos. Originally built as housing for workers at the nearby Martin Marietta plant and McCoy Air Force Base, it has become a residential area surrounded by the constantly bustling International Drive, office parks and resorts.

“This has always been a very supportive community,” said Christina Randall, 51, resident and volunteer at the Tangelo Park Neighborhood Centers for Families. “I volunteer here to let people know about family services and assistance. We’re all here for each other in times of need.”

In 1993, Tangelo Park was experiencing some rough times. It was the highest-crime neighborhood in Central Florida, drugs were abundant and the graduation rate from high school was about 30 percent. This is when hotelier and philanthropist Harris Rosen “adopted” Tangelo Park, offering free preschool for children and funding university and college educations for high school graduates. By 2013, he had donated about $10 million to the community.

Today, Tangelo Park is described as a changed neighborhood with a significant reduction in violent crime. The high school graduation rate is nearly 100 percent, and approximately 370 students have taken Rosen up on his offer of a free education and claimed scholarships. To date, more than 55 have earned bachelor’s degrees.

As Tangelo Park continues to reap the exponential benefits of having a strong primary education system – including increased home values, reduced crime, increased graduation rates and an increased sense of hope – the recent announcement of Universal’s new theme park (Universal’s Epic Universe) being built off Sand Lake and Kirkman roads, pretty much a stone’s throw way from Tangelo Park, has residents buzzing.

The new park is expected to create 14,000 jobs with a starting pay of $15 per hour. “It’s a wonderful thing,” said Tangelo Park resident Pauline White. “I look at it as progress; our young people need jobs, and this provides opportunities for that.”

Living in Tangelo Park offers residents a rural, small-town feel with the added benefit of having a plethora of bars, restaurants, coffee shops and shopping opportunities close by. Most importantly, however, the community has not forgotten its roots and the fact that its greatest asset is its residents.

“The residents of Tangelo Park take personal responsibility and advocate for themselves,” said Orange County District 6 Commissioner Victoria Siplin. “There’s been a great deal of growth around them, but even the biggest developers respect the input they get from Tangelo Park residents. It’s one of the reasons it has remained relevant as a unified community.”