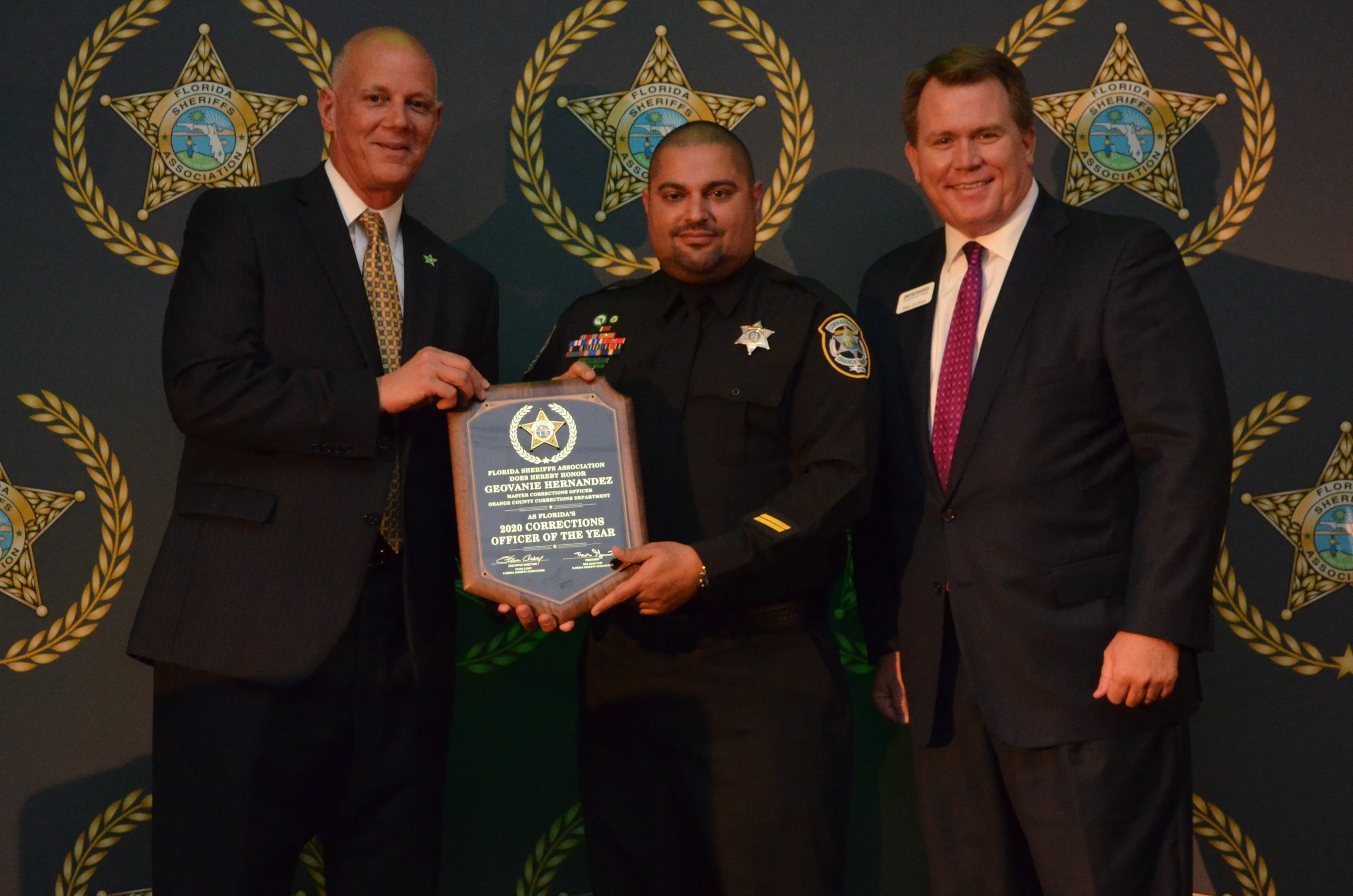 The Florida Sheriffs Association (FSA) is pleased to announce that Orange County Master Corrections Officer Geovanie Hernandez has been selected as the 2020 Corrections Officer of the Year. Each year, the award is presented at the FSA Winter Conference to an officer who has demonstrated exceptional service. This award is sponsored by United Badges Insurance Services.

Officer Hernandez is applauded for his life-saving heroism. This award is no surprise to Officer Hernandez’s colleagues as he is well known for putting the needs of others before his own.

Less than a week later, during a firearms qualification activity, a student incurred a serious injury due to an accidental discharge with his firearm causing serious injury. Officer Hernandez and the Orange County Corrections Department range staff were on the scene to render aid. Treating the injury was not enough for Officer Hernandez though. He also escorted the injured officer to the hospital and stood by his side until the family arrived.

“Officer Hernandez is most deserving of this recognition for going above and beyond. He is a true representation of what it means to wear the uniform,” said Orange County Mayor Jerry L. Demings, who oversees Orange County Government, which runs the Orange County Corrections Department.

“There isn’t anything that Officer Hernandez will let stand in his way to help others,” said Orange County Sheriff John Mina. “His dedication to our community and public safety sets a great example for his peers and the great residents of Orange County.”

During the annual winter conference banquet, Officer Hernandez was given a standing ovation from the 500-plus law enforcement attendees and their supporters.

The official award video can be seen here: https://youtu.be/8UFvDWDRupU.