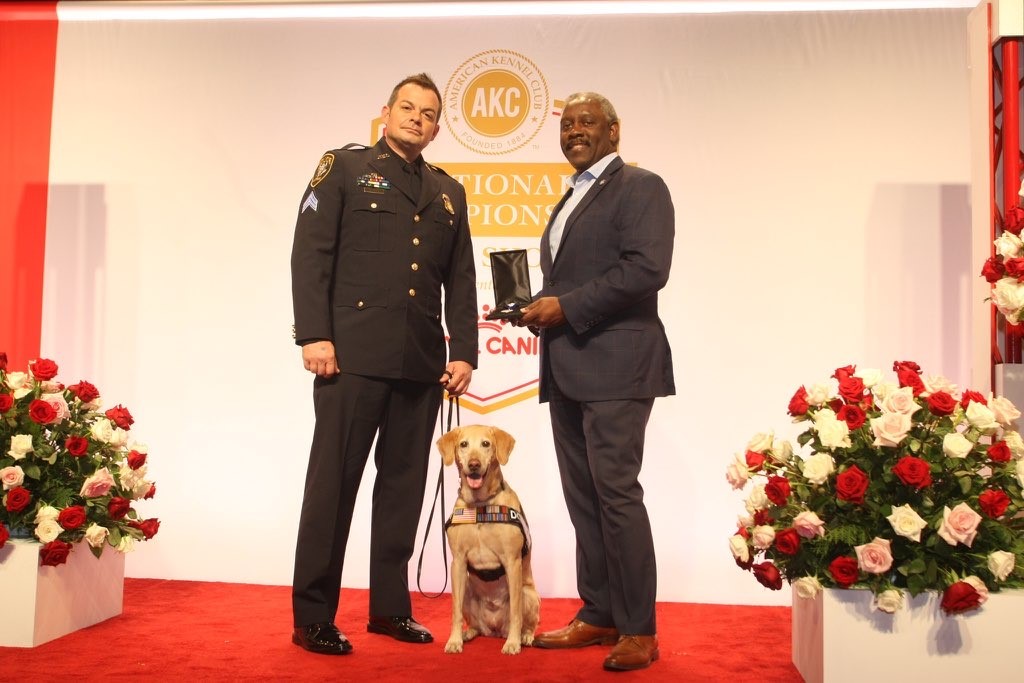 The ACE Awards celebrate five loyal, hard-working dogs that have significantly improved the lives of their owners and communities in different categories. The Uniformed Services category awards a full-time working K-9 in the realms of city, county, state, or federal law enforcement; the military; firefighting; customs and border patrol; or emergency services.

“We were honored to have the Orange County Mayor, Jerry. L. Demings, present one of the esteemed ACE Awards,” said Gina DiNardo, Executive Secretary for the American Kennel Club. “Orlando has been home to the AKC National Championship since 2011, and with the Mayor’s extensive law enforcement background, we couldn’t find a better fit to present K-9 Summer with this honor.”

The ACE awards were presented during evening judging at the 2019 AKC National Championship Presented by Royal Canin at the Orange County Convention Center in Orlando, FL. Re-airing of live event coverage can be found on AKC.tv, available online, on the AKC.tv app and Roku, Apple TV, Amazon Fire TV and Altice.