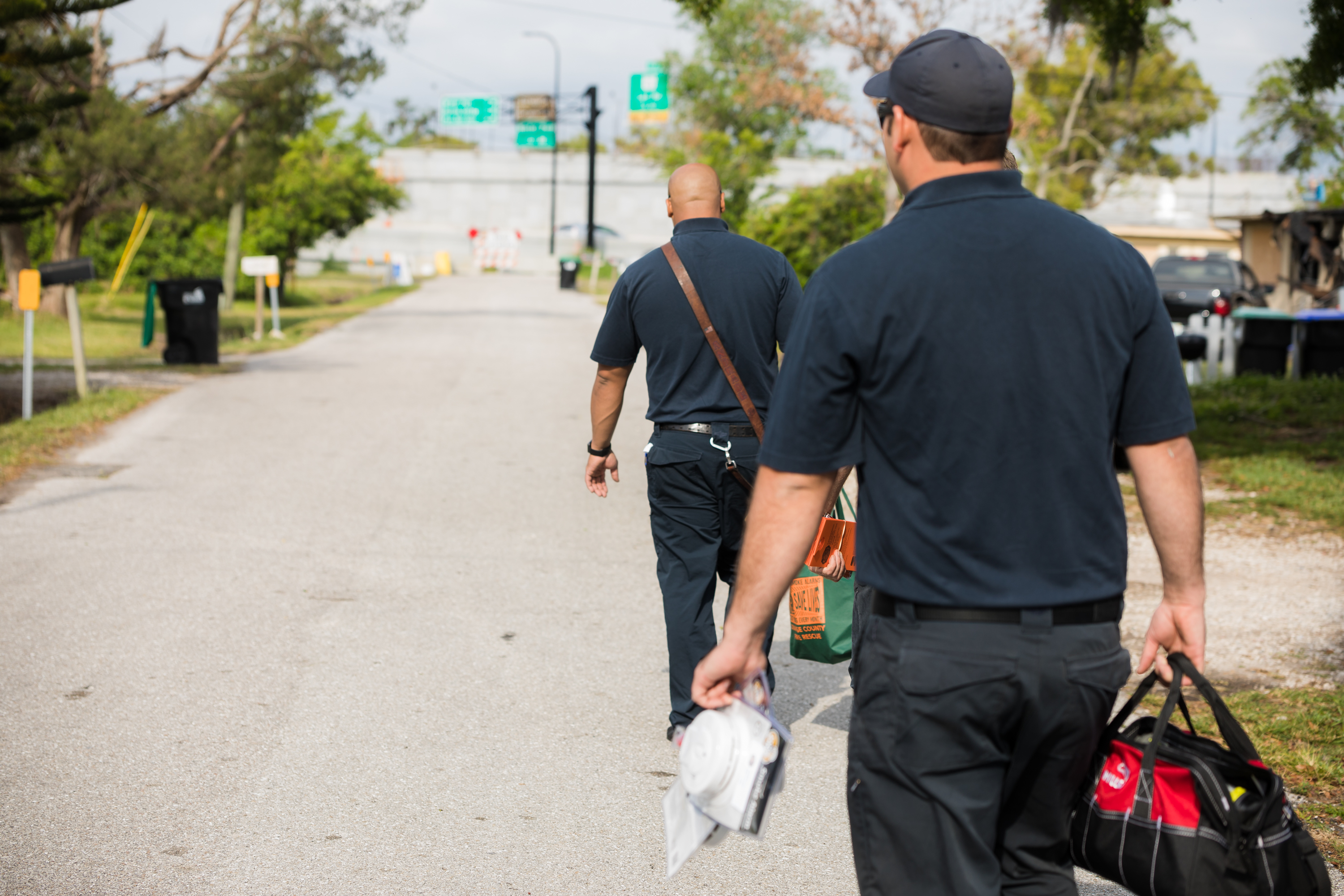 As part of this safety initiative, the department conducts weekly “smoke alarm blitzes” – a one-day outreach where firefighters install multiple smoke alarms in 20 to 30 homes – focusing on older housing stock in Orange County.

“Smoke alarms generally only last about 10 years,” said Assistant Fire Marshal Inez Pressler. “Older residences are more likely to not have up-to-date smoke alarms or they may not have enough.”

Prior to this program, the department gave away smoke alarms to Orange County residents, but they did not install them. The 2016 Assistance to Firefighters grant awarded to Orange County Fire Rescue now allows firefighters to knock on residents’ doors and offer free smoke alarm installation. The new alarms include 10-year lithium batteries.

Throughout the year, Fire Rescue even partners with other organizations, such as The American Red Cross, doubling the amount of volunteers and allowing inspection of close to 300 homes – as well as increasing the department’s community outreach efforts.

“Our weekend smoke alarm blitzes provide an opportunity for our firefighters to interact with the communities they serve in a non-emergency setting,” said Assistant Chief Martis Mark. “Smoke alarms save lives and our crews play a vital role in getting this message out to the public. Our goal is to ensure smoke alarms are installed in as many homes throughout Orange County as possible.”

If a homeowner is unavailable during the voluntary blitz, Orange County residents can call 311 to schedule an appointment. Residents are also encouraged to visit their local fire stations, and ask questions about the program and smoke alarm installation. For more information, visit ocfrd.com.