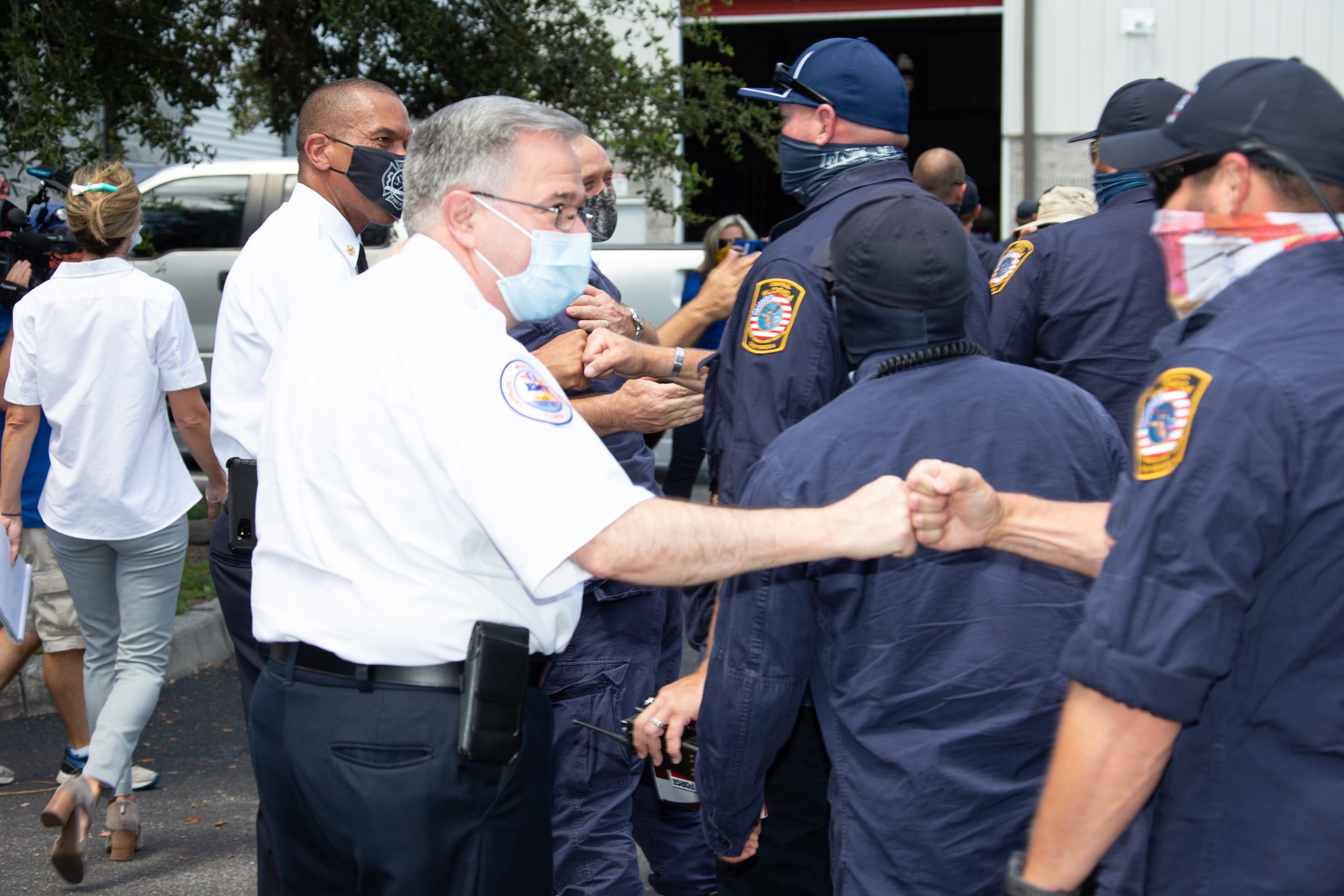 Despite the onset of a category 4 storm, COVID-19 remained a serious threat to first responding organizations. This 2020 deployment was different than past experiences. The team had to take exposure-reducing measures, which included modified base camp procedures, enhanced sanitization and face mask mandates. First responders also submitted to rapid testing for COVID-19 prior to deployment and upon return.

TF4 arrived just as Hurricane Laura approached the coast and the team redirected from Baton Rouge to Lake Charles and Cameron, LA.  Fortunately, the majority of residents adhered to emergency evacuation orders. Early on, the mission transitioned from swift water rescue to structural primary search efforts and critical infrastructure damage assessments. While heavy debris and downed trees made some roads impassable, a squad was sent ahead to help clear areas, while other team members gained access to the most impacted areas through aerial support.

Using unmanned aerial vehicles (UAVs) – which helped to survey bridges and structures from unique vantage points – were an incredible asset. UAVs have become a staple on these types of deployment missions. However, each storm is unique, and with that each response and mission unique.

While the majority of TF4 members are always highly experienced firefighters, two civilians were on board for Hurricane Laura – K9 handler Marsha Hall and her faithful canine, Lila, along with Structural Specialist Warner Chang.

Task Force 4 was first established in 2003. In the most recent years, TF4 has responded to hurricanes Harvey, Irma, Michael, Dorian and now Laura.  During Hurricane Harvey in 2017, the team was credited with over 700 swift to water rescues in Texas. In 2019, TF4 deployed to the Florida Panhandle in response to Hurricane Michael, where team leaders describe the damage as simply devastating.

There are eight (federal and state assets) dedicated USAR resources in Florida, all with outstanding members. Central Florida TF4 is proud to serve with and support these teams, helping secure the state of Florida as a community with the absolute best and most experienced USAR teams world-wide.