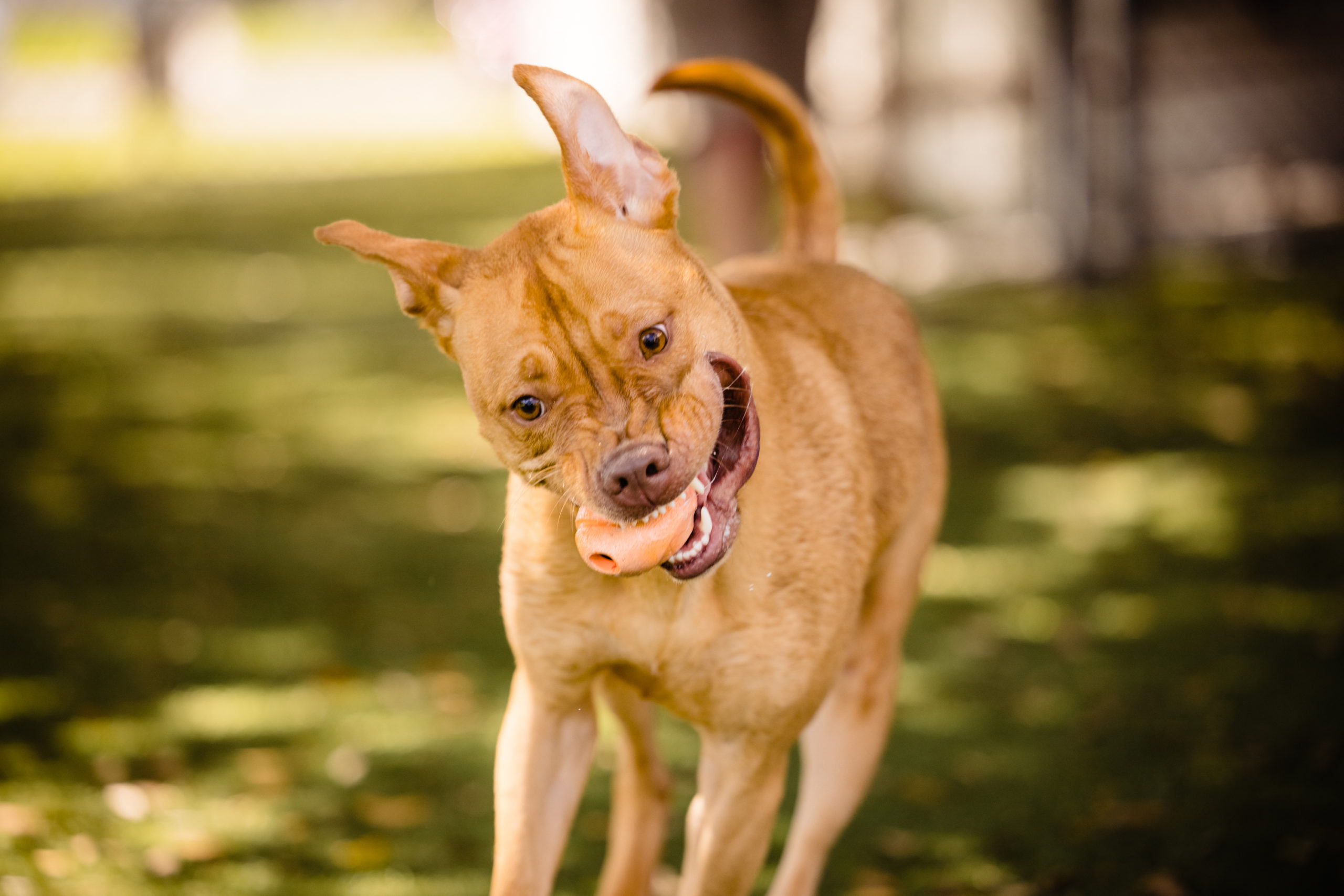 Rocket (A447954) was first impounded at Orange County Animal Services on February 13, 2020. The dog, a 2-year-old medium-sized fawn male, has now spent 220 days in the care of the shelter. He has amassed more days in the shelter than any other pet this year. Orange County Animal Services is turning to the community for assistance, hoping to “launch and adoption” for Rocket’s ideal home.

Rocket was spotted loitering in a warehouse area near Edgewater Drive and 441 in early February. He eluded capture on multiple occasions, but ultimately wandered into a trap set by Animal Services, resulting in his initial impound. He was adopted approximately two weeks later, but returned shortly thereafter as the adopter’s landlord requested he be removed. 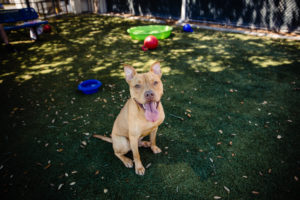 When the shelter closed to the public during the stay-at-home order due to COVID-19, many dogs were sent out to foster homes. Rocket was taken into foster care, but again returned shortly thereafter, found to be too energetic for the apartment dwellers.

His third and most recent impound was on March 4, 2020 and he has resided at Orange County Animal Services since then.

“When Rocket first arrived, COVID-19 wasn’t truly here, it hadn’t changed life yet, just to put in perspective how long this dog has been with us,” said Diane Summers, manager for Orange County Animal Services. “He’s been with us for two temporary closures for COVID-19, and has seen hundreds of dogs come and go, while he’s remained in kennel 49 for months. We want what is best for Rocket, which is to be adopted and go into a loving home, but he will need a special home.”

The shelter describes Rocket as having high energy, being best matched to an adopter with a yard to let him run, or someone able to exercise him frequently. He’s also shown to be reactive to other dogs in the shelter environment, lunging and barking at them. The shelter recommends Rocket be the only pet in the household to ensure he receives his adopter’s full attention.

“Our live release rate for dogs is above 90% and most leave the shelter within days or weeks,” said Summers. “Rocket has been with us for more than half the year, providing staff and volunteers the opportunity to really get to know him. We will all rejoice and celebrate when Rocket lands that forever home and we hope, in the most loving way possible, to never see him in the shelter again.”

Those interested in Rocket are encouraged to email the shelter at AnimalServices@ocfl.net for more information. The shelter’s current COVID-19 operational changes are chronicled on the website, which also includes a link to the current appointment system.

Update: Thanks to the community’s response, Rocket now as a loving forever home in Orange County.