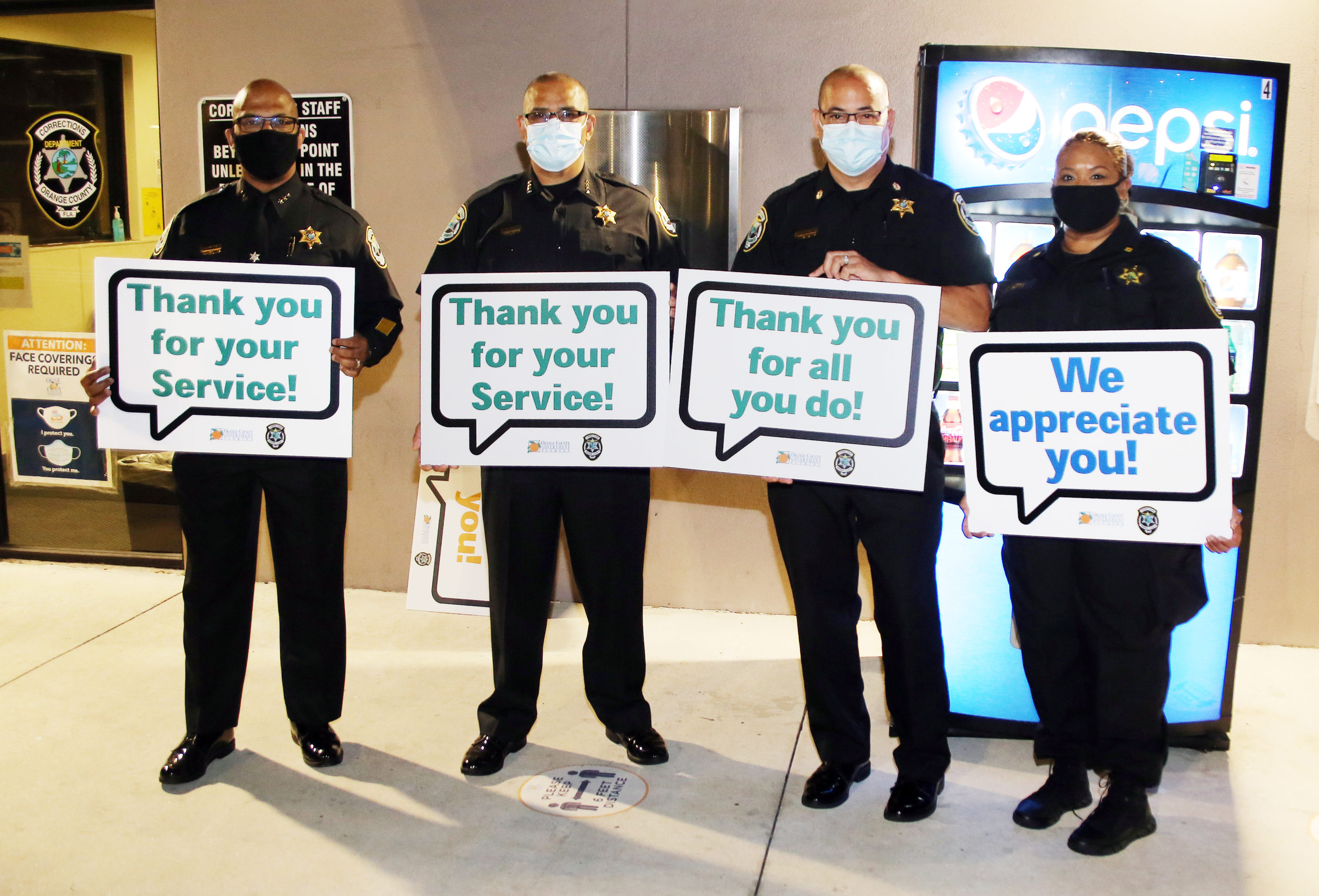 And what a week is was at the Orange County Corrections Department (OCCD). Despite being in a pandemic, the department managed to celebrate the week with plenty of fanfare and festivities.

“Throughout these unprecedented times, OCCD staff worked together to implement COVID-19 safety measures, staff/inmate testing and vaccinations, and safely reopening Video Visitation while continuing to effectively manage the inmate population,” said Corrections Chief Louis A. Quiñones, Jr. “They are a credit to the corrections profession and an important factor in keeping our Orange County community safe.”

Every day during the week, greeters holding appreciation signs, balloons and pompoms were at various entry points on the jail compound to welcome staff as they reported for their shift.

The department was presented a proclamation from the Mayor in honor the occasion. All staff members received a corrections tote bag as a token of appreciation and they also received a voucher for a complimentary meal at Staff Dining that could be used during the week.

The department hosted “Spirit Week” where employees could wear crazy socks, favorite team jerseys and caps. A relaxed dress code was in place for the week and civilian staff were permitted to wear jeans to work.

Throughout the week, employees were entered in random drawings to win $25 gift cards to local restaurants and retailers. There was even a talent show where employees could submit pre-recorded videotaped entries. The entries were shown on a video loop on the large-screen TVs in Staff Dining throughout the week. A panel of judges selected the winner who received a prize at the conclusion of the week. Also on the loop were videotaped messages of appreciation from Mayor Jerry L. Demings, County Administrator Byron Brooks and Director of Public Safety Danny Banks.

Finally, there was a wall of gratitude where staff members could express the things for which they’re grateful. One theme was evident on the wall of gratitude that staff are appreciative of their jobs, their supportive colleagues and the strong leadership team in place within the department.