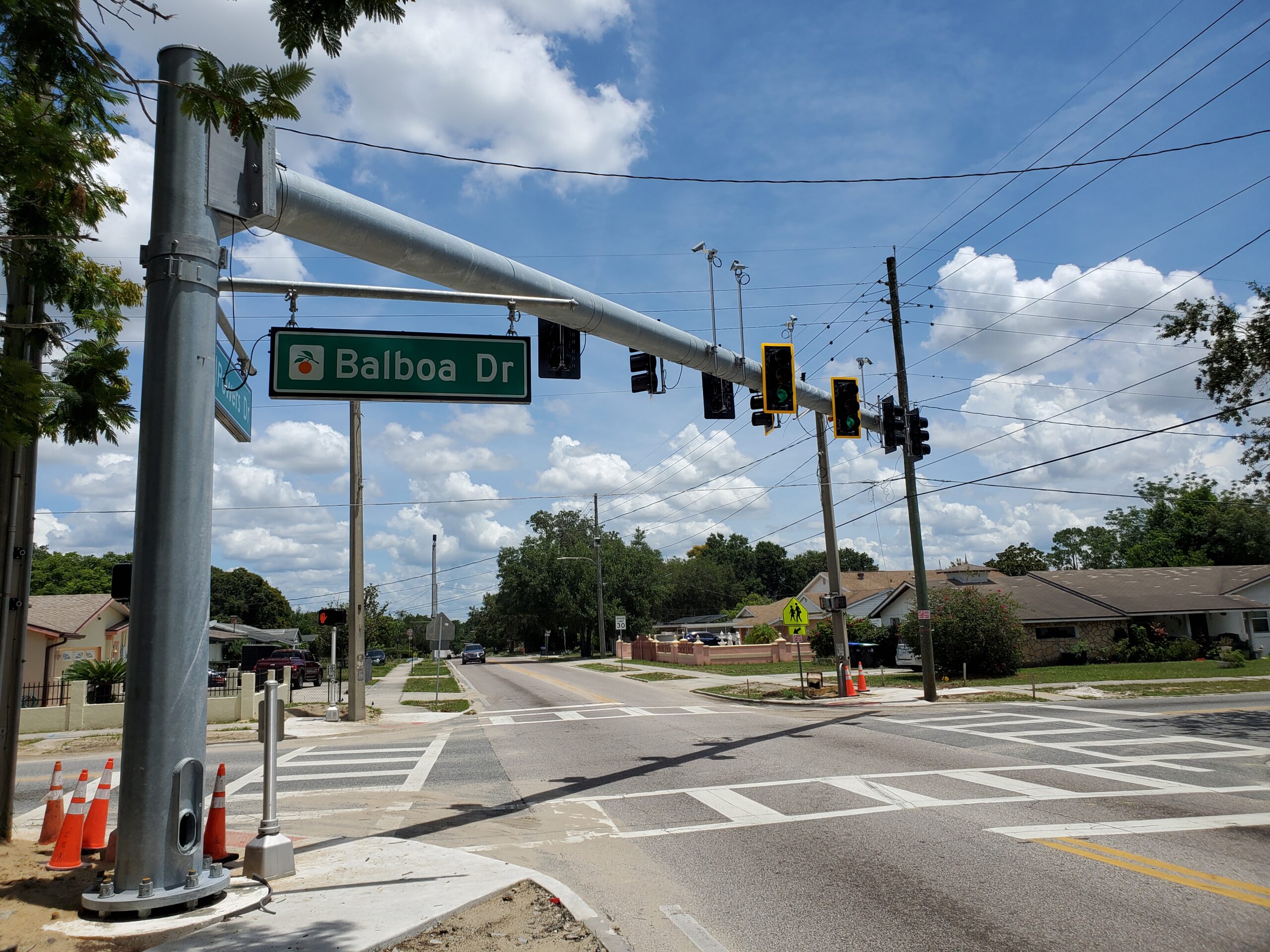 In early August, the Orange County Board of County Commissioners voted to adopt Vision Zero, an effective method of eliminating all traffic fatalities and severe injuries by focusing on designing safer roadways. Pine Hills, a thriving community that has seen impressive growth over the past decade, is one of the first areas of focus for the Vision Zero initiative.

Extensive work is underway in the Pine Hills area and Robinswood community to address safety concerns for pedestrians, bicyclists and drivers. Residents and neighborhood leaders met with representatives from Orange County Public Works, the Orange County Sheriff’s Office and Orange County Commission District 6 to share their concerns about the increased traffic in the area.

“As part of the early deployment of the Vision Zero strategies and mitigations, numerous traffic, pedestrian and biking improvements are underway,” said Humberto Castillero, traffic engineering manager, Orange County Public Works Department. “In assessing the engineering solutions for these communities, several options were evaluated to manage both vehicular and non-vehicular traffic.”

Public Works has implemented what it refers to as the “4E” approach to engagement, which focuses on the four critical components of traffic safety – engineering, enforcement, education and emergency services.

“Those associated with each component must be engaged in the same conversations in order for the process to work,” stressed Castillero.

As far as enforcement is concerned, the Public Works Department is partnering with the Orange County Sheriff’s Office to seek compliance with the newly installed traffic control devices.

For the educational component, the Robinswood and Pine Hills communities will hold meetings with residents to discuss traffic safety, initiate or enhance neighborhood watch programs and bring attention to pedestrian and bicycle safety on the residential streets.

While many safety improvement solutions are underway, other projects will take more time to implement. One of the recently completed projects is the new traffic signal upgrade at the intersection of Balboa Drive and Powers Drive. In addition to the new mast arm signal, ADA-compliant ramps were installed along with sidewalk improvements at the intersection.

Vision Zero initiative safety enhancements will continue in Pine Hills throughout the year.