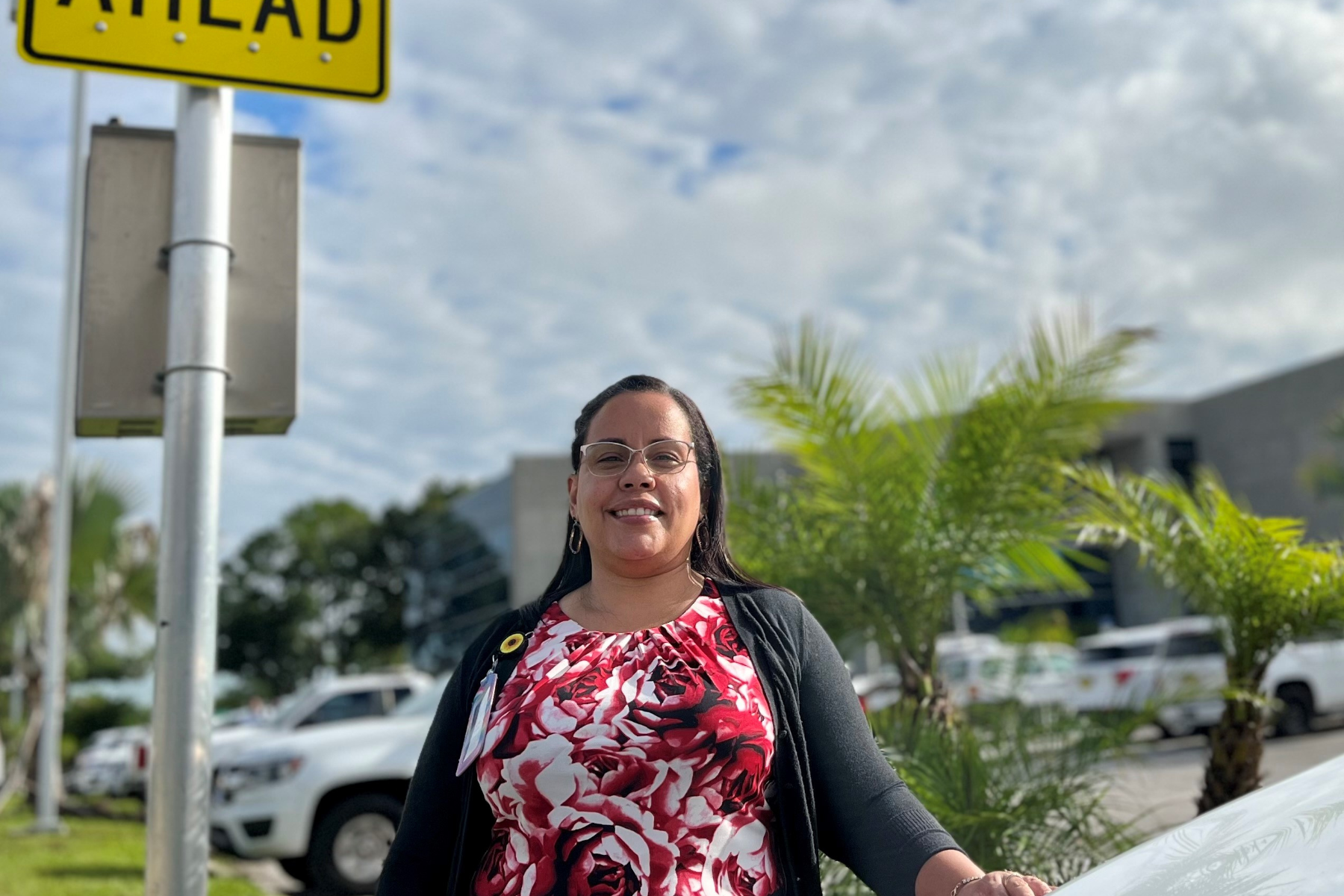 When it comes to pedestrian and bicycle safety, no local public servant is as dedicated to the cause as Lauren Torres, project manager at Orange County Public Works Traffic Engineering Division. She is passionate about her work, and that passion is being recognized in the transportation industry.

Torres has been recognized by WTS International, an organization that promotes the advancement of women in the transportation industry. She was recently honored with an award from FDOT District 5 for safety engineering projects, and in April 2022, one of her pedestrian safety projects received an engineering award during the Best Foot Forward Summit.

Her passion for making roadways safer was sparked years ago when she volunteered with homeless and at-risk youth as a case manager for Covenant House in Orlando. In 2004, one of her clients was hit by a vehicle and killed while trying to cross S.R. 436. This led her to switch her major at UCF to Transportation Engineering.

“The safety component came after college once I learned how roadways work from a design, volume and capacity perspective,” she explained. “I began to focus on pedestrian and bicycle safety from an engineering standpoint.”

She also quickly found herself in a field surrounded by men.

“I’m usually the only woman, or the only woman of color, in every decision-making group I’m a part of,” she said. “My background allows me a different perspective, and that’s exactly what we need in this field. As a woman, you have to learn how to have your own voice in order to be taken seriously, but I wouldn’t change a thing because I’ve been fortunate to work with great people.”

Torres believes more diversity – in gender, race and life experience – can benefit the industry. In order to gain proper perspective, she intentionally became a mass transit user, depending on public transportation to get her daughter to school and herself to work. She went eight months without a car, which influenced her mindset as an engineer.

“Being a mass transit user makes you realize how hard it can be to get around,” she said. “You develop different sensibilities and better understand what people deal with. When I share this with my male counterparts, they sometimes don’t believe I actually did it.”

What Torres loves the most about her job is being able to do things in a short amount of time. Larger projects can take years and have wonderful results, but most of what she does in Traffic Engineering are smaller-scale projects in which progress can be made rapidly.

“Whether it’s intersection projects, sidewalk maintenance or school safety, we see the results pretty quickly,” she said. “I get so much support from senior County staff when it comes to getting programs going. I usually never hear no, which is great.”

And to young girls who may be interested in traffic engineering as a career … “Have perseverance” she asserted. “It will be challenging, but don’t take no for an answer. And start networking while you’re in school.”