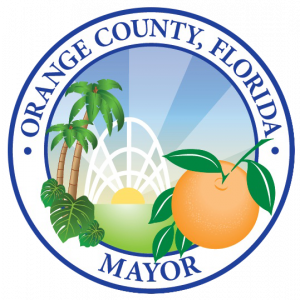 Now in its fourth year, the annual Conference allows students to learn about county government, how best to participate in community initiatives, and how to strengthen their leadership skills. The half-day event covers topics such as land use and zoning, code enforcement, community service and engages the teens in mock public hearings. The students from more than 20 Orange County high schools taking part in the Conference were selected by their school principals.

The event also features a Youth Issues Forum, a panel discussion on the top issues and challenges faced by this generation of students.

“It is encouraging to see so many engaged and enthusiastic student leaders take an active role in our local government,” said Mayor Jacobs. “A fully functioning government depends on all citizen participation, and this is one of the reasons why I hold my annual Youth Leadership Conference.”

During the Conference, Mayor Jacobs will present a challenge to the selected high-school groups in attendance to produce and submit a short video of how they would address the social and community issues facing their generation. The videos will be posted to the Mayor Jacobs’ Facebook page and the school group that receives the video with the most “votes” will be named Mayor for a Day. The winning school will have the opportunity to learn even more about how Orange County Government functions as they shadow Mayor Jacobs for a day.

In addition, students will have the opportunity to apply for the Charles T. Smith Youth Community Service Award. The award recognizes an outstanding high school junior or senior who has shown dedication toward making a positive impact in their community through service and volunteerism. The award honors the life and memory of the late Charles “Chase” Smith who devoted his life to public service and improving his community. Award submission deadline is April 3, 2015.