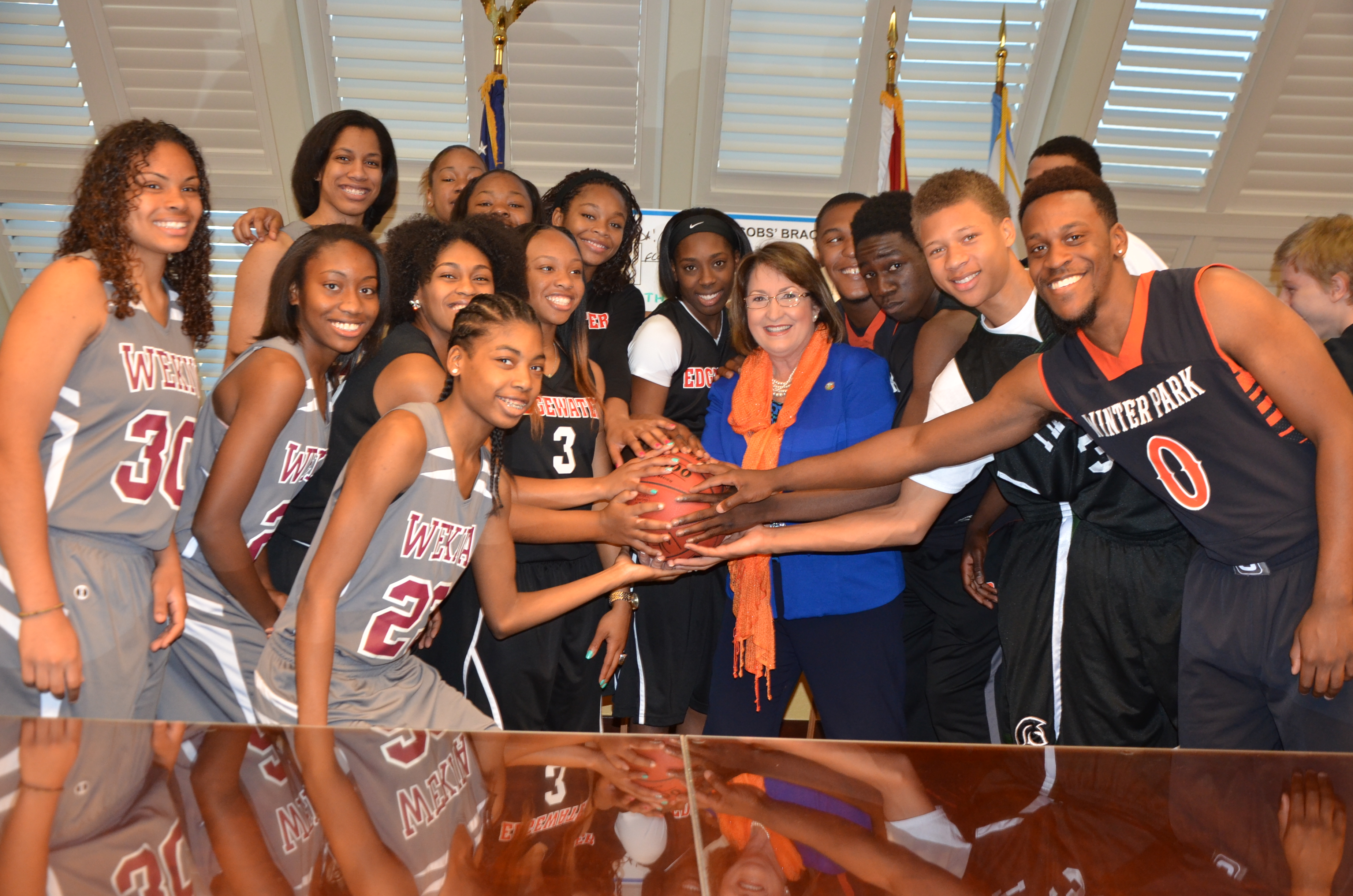 On hand to assist the Mayor were basketball champions from Winter Park (boys), Evans (boys), Edgewater (girls) and Wekiva (girls) High Schools. The experts all agreed it would be Florida all the way.

The students assisted in creating Mayor Jacobs’ bracket for the NCAA 2014 Basketball Championship games, which will be held at the Amway Center on Thursday, March 20 and Saturday, March 22. The participating students were selected by their high school principals.

“When Mayor Jacobs asked for our championship male and female basketball student athletes to help with her bracket selections, we were so excited,” said Orange County Public Schools spokeswoman Kathy Marsh. “Our student athletes are sharp and well-trained on what to seek in quality college athletes.”

Student athletes arrived at the Orange County Government Administration Center in their team uniforms and gathered in the Mayor’s Conference Room to go over the NCAA 2014 Basketball Championship brackets and the picks for Mayor Jacobs.

“It was great to join with basketball champs from across Orange County to help Mayor Jacobs select her bracket,” said Dewey Johnson of Winter Park High School. “We think we’ve got a winning bracket!”

The footage is available from Orange TV via our FTP site. Please point your FTP client to ftp://ftp.orangetvfl.org/News Username: otvguest Password: vision1* The file to download is labeled: Mayor Jacobs NCAA Brackets.mp4.

A variety of photos from the event are also available for use by the media and are located on Flickr.