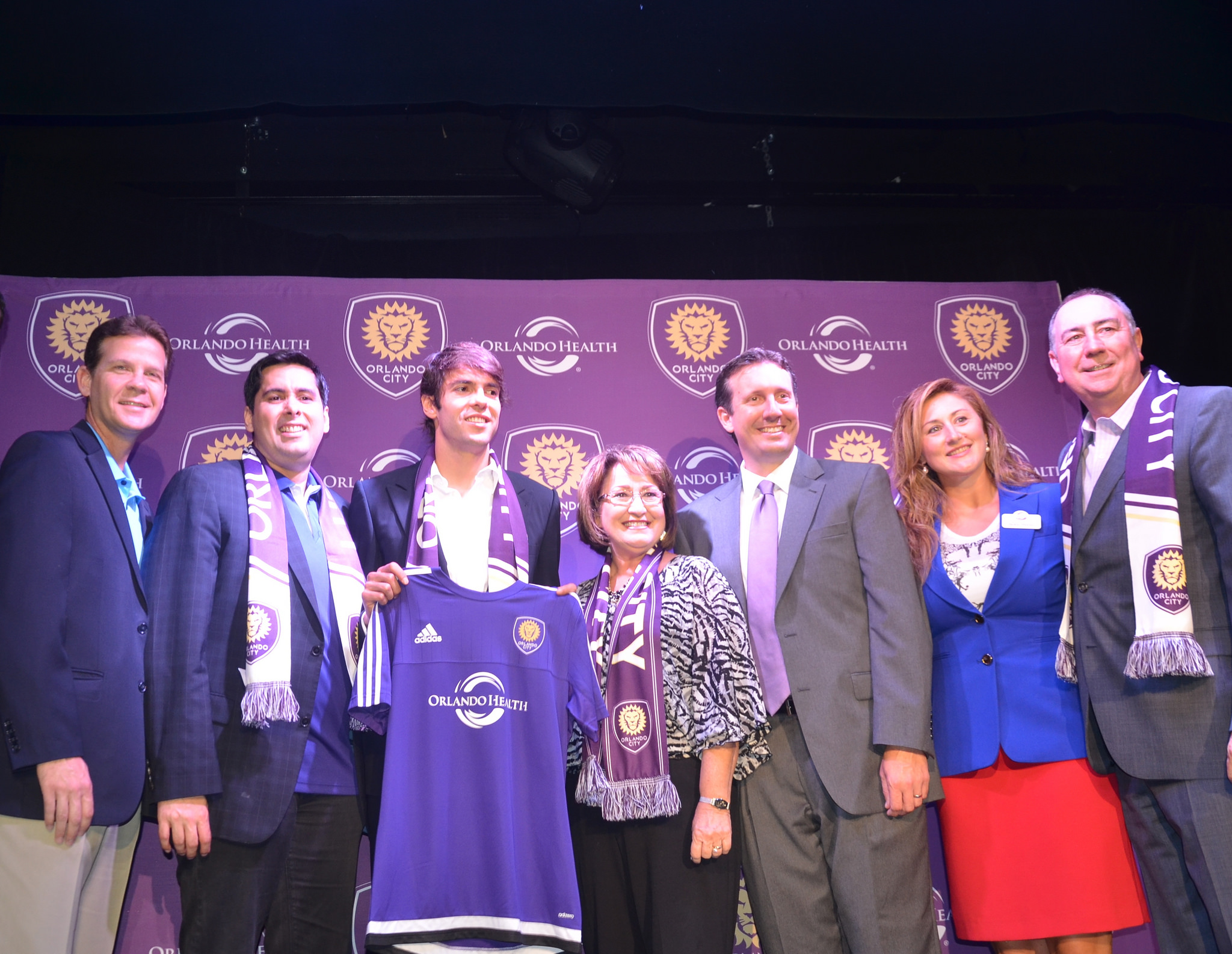 “The world famous Ricardo Kaká has officially joined the Orlando City Soccer Club and we are so glad he’s here,” Mayor Jacobs said. “Thank you for choosing our Orange County as your new home.”

Kaká has played for some of the biggest clubs in the world and has compiled one of the most highly decorated resumes of any soccer player in history. This new addition marks the next chapter in what has been a long-standing relationship between Orlando City owner Flávio Augusto da Silva and Kaká.

One of the most important accomplishments of 2013 was Orange County’s approval of our $94.5 million venues package. Funded by Tourist Development Taxes, the venues package marks the beginning of an exciting new chapter of sports, creativity, arts-driven economic development, and innovation for Central Florida.

The funds are allocated for five major projects including construction of a new multi-use, soccer-centric stadium for the Orlando Lions, our new Major League Soccer team; improvements at the Orange County Convention Center; support for Visit Orlando and Visit Orlando’s Sports Promotion initiatives; completion of the Dr. Phillips Center for the Performing Arts and renovating the Florida Citrus Bowl.

“This is yet another great step in our journey to Major League Soccer,” Orlando City President Phil Rawlins said. “We are developing a venue that will make soccer fans proud.”

The new MLS soccer stadium is slated to open prior to the 2016 soccer season. Orlando City will play its entire inaugural 2015 MLS season at the Orlando Citrus Bowl, which is currently undergoing over $200 million in renovations.

A collection of photos from the welcome event are available for use by the media and are located on Flickr.