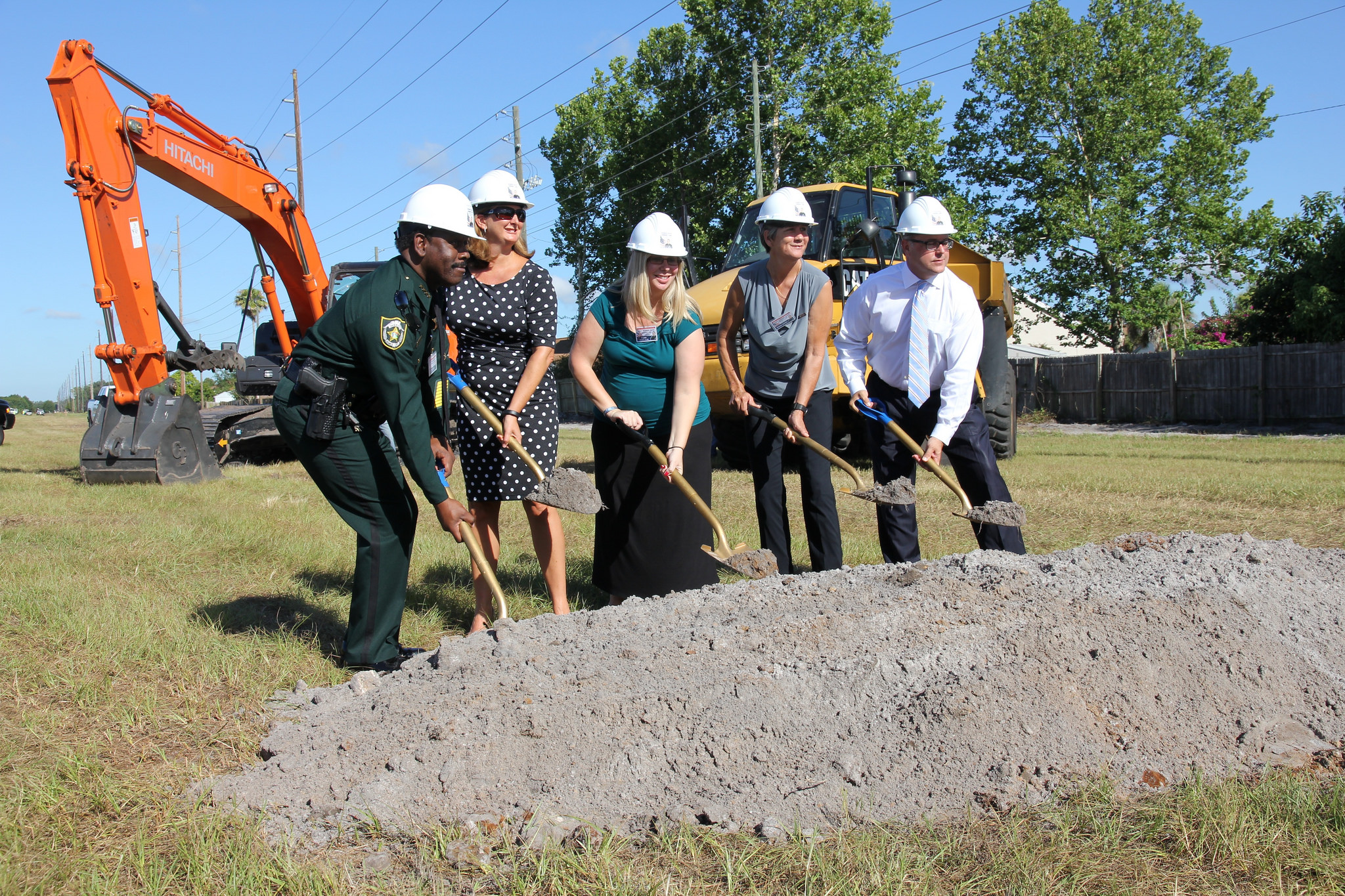 The park was officially dedicated to the memory of Orange County Sheriff’s Deputy First Class Brandon Lee Coates, who perished in the line of duty in December 2010. Virginia Coates Ricks, the widow of Deputy Coates, greeted people as they arrived at the ceremony.

“I am so grateful this park was dedicated to my husband. This is now a place where kids can come and ask their parents who was Brandon Coates, and when they answer, his heroic story will live on,” she said. “Let us never forget any of the law enforcement officers who have paid the ultimate sacrifice.”

“This 27-acre site will be a beautiful and very special addition to our parks system,” said Orange County Mayor Teresa Jacobs. “By naming this park in tribute to Deputy Brandon Coates, it will serve as a place of remembrance for his family. It will also serve as a permanent reminder to our citizens and visitors of Deputy Coates’ dedication, and of our profound gratitude for the ultimate sacrifice he rendered while protecting the citizens of Orange County.”

The mile-wide property is situated in Orange County District 1, along the border of District 4, south of the Deerfield community, with John Young Parkway on the west and Orange Blossom Trail on the east.

District 1 Commissioner S. Scott Boyd approached the Orange County Parks’ Advisory Board and garnered the support of Mayor Jacobs and the Board of County Commissioners to name the park after Coates.

“It was an honor to initiate the request to memorialize Deputy Coates in this way, and the park will be an enduring reminder of our gratitude for his service and sacrifice,” Commissioner Boyd said. “This park will be a lasting tribute to a dedicated professional who was recognized for his teamwork and ability to lead others while serving and protecting the citizens of Orange County.”

The county budgeted $3.2 million for the project and expects completion in January 2016. Amenities will include two multi-sports fields, a playground, walking path, exercise course, concrete skate spot, picnic pavilions, restrooms, and paved parking. This is a copy of the park’s conceptual plan.

“Orange County’s newest park will have amenities ranging from pedestrian paths to playing fields and will please any park enthusiast,” District 4 Commissioner Jennifer Thompson said. “It is also fitting that it will be named after one of Orange County’s heroes, Deputy Brandon Coates. I look forward to the opening of this needed park and am thrilled for the residents who will enjoy it.”

A collection of photos from the ground breaking are available on Flickr for use by the media.