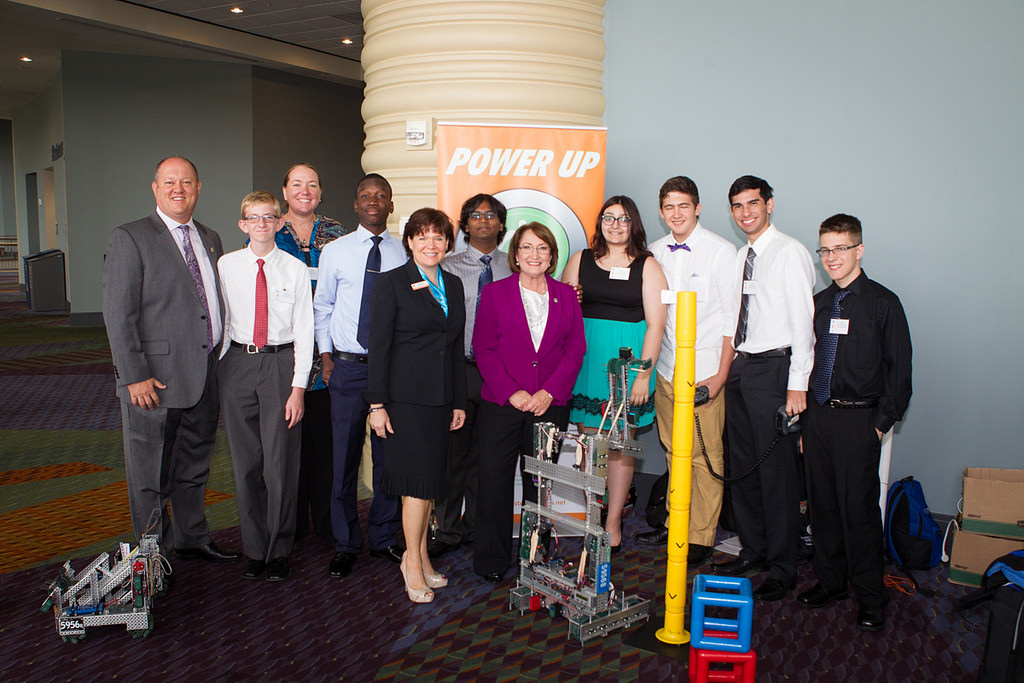 “The symbiotic relationship between co-located defense contractors and our local private sector companies is at the heartbeat of the Florida Simulation Summit and a driving force for future job creation,” Mayor Jacobs said during her welcome remarks at the event. “Simulation is used in so many different industries, and local companies are using technology that’s been developed right here to improve efficiency and operations.”

“We’ve created modeling and simulation curriculum frameworks that were approved by Florida Board of Education this past August,” said Senior Executive Director of Career and Technical Education for Orange County Public Schools and Summit panelist Michael Armbruster, describing their partnership with the NCS. “This represents a tremendous step forward in educating our K-12 and adult students of all ages and education levels in the fields we are discussing today.”

“Our objective was to raise collective awareness across the industry sectors,” Gen. Baptiste said. “We’ve just scratched the surface on how the power of simulation can impact industries across the business sectors.”

For decades, the region has successfully showcased its use of simulation in defense, however, many people outside Florida do not fully understand how commercial simulation helps bring Central Florida’s internationally-celebrated family entertainment experiences to life.

“We are developing a system to detect weather and traffic conditions, and therefore be more proactive in identifying dangerous situations for drivers,” said University of Central Florida Professor and Chair of the Civil, Environmental and Construction Engineering Mohamed Abdel-Aty, who spoke on driver simulation studies on the Transportation Panel for the Summit. “In the future we’ll be adding messages, signs and beacons that are supposed to help the driver expect what’s going to come.”

The use of simulation in defense and aerospace has developed an impressive economic engine in Central Florida. The region’s robust modeling, simulation and technology (MS&T) sector contributes more than $4.8 billion to Florida’s gross state product and directly employs more than 27,000 Floridians with an average annual salary of almost $70,000. The Central Florida Research Park, located next to the University of Central Florida, is the epicenter of the MS&T industry and fosters collaboration, cooperation and partnership between academia, industry and government.

In addition to the obvious national security benefits that go along with having the best trained soldiers, war-fighters and first-responders in the world, the impact of MS&T on Central Florida’s workforce is priceless. From the creation of working limbs via 3-D printers to gaming and simulation applications of staggering sophistication, MS&T means jobs and capital investment throughout our region.

To protect this valued economic cluster, Orange County responded to looming threats posed by potential defense spending cuts and base closures by forming the MS&T Blue Ribbon Commission in 2013. The Commission is a coalition of community leaders and industry stakeholders that advocates for this high-value and high-wage economic sector in Florida.

The Commission continues to educate key audiences regarding the high level of synergy between MS&T and other key sectors of our economy, including medical, gaming, education, aviation, aerospace, animation, theme park, emergency management and public safety.

Many lawmakers have contributed to supporting this high-value, high-wage industry including Gov. Rick Scott, Florida House Speaker Steve Crisafulli and Senate President Andy Gardiner who recognized the impact of the MS&T industry and helped garner the approval of $28 million dollars over the last two legislative sessions, which will allows the region to provide rent-free office space for local military commands.

Photos from the Florida Simulation Summit event may be found on Flickr for use by the media.