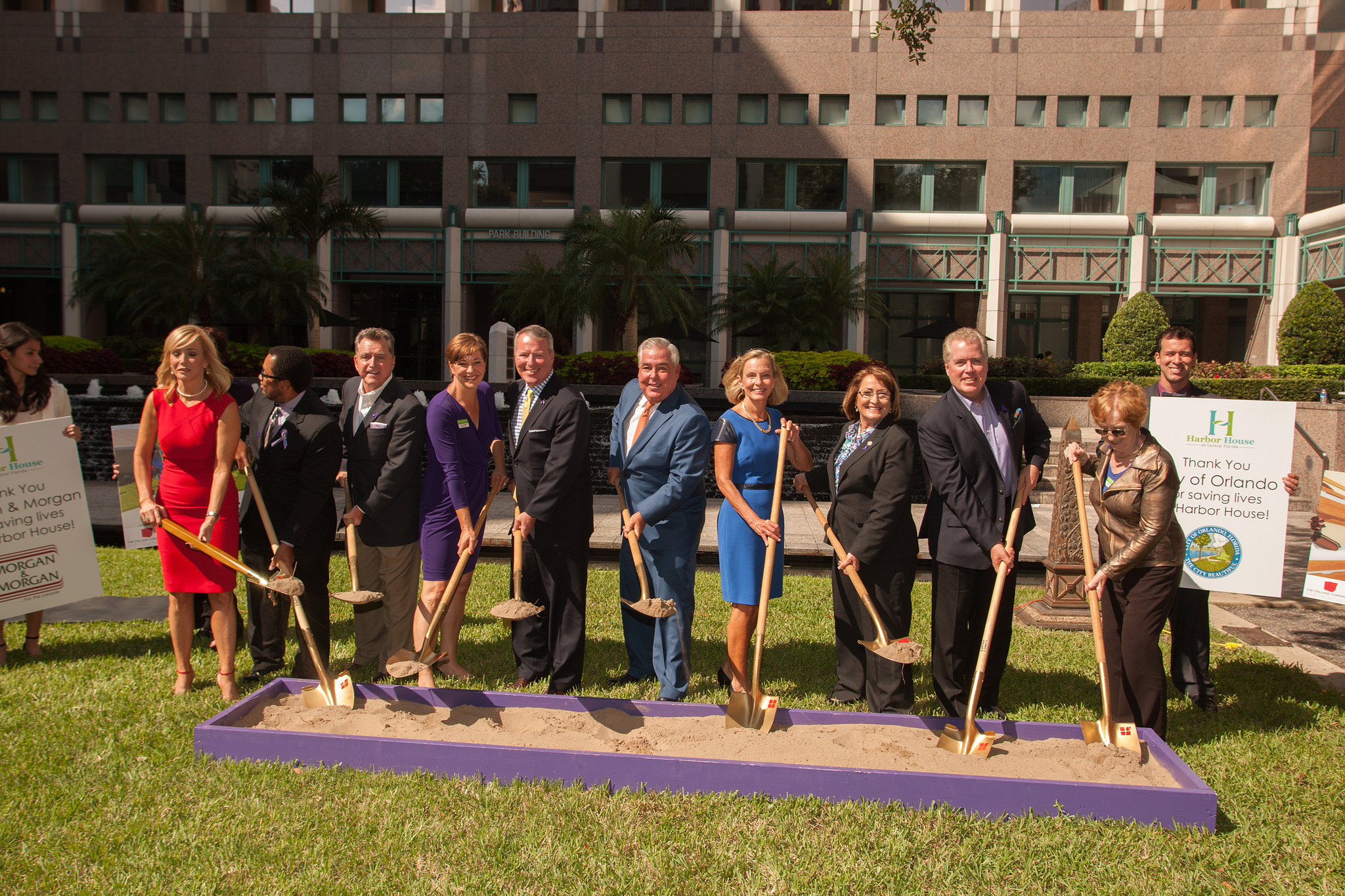 The event drew community leaders and advocates, law enforcement officers and social service representatives from across Central Florida in support of the new 119-bed facility dedicated as the Morgan and Morgan Home – A Safe Haven for Families.

According to Harbor House, the new facility was designed to balance two distinct needs: the survivors’ psychological needs for a warm, healing, home-like environment; and a cost-effective facility that could be maintained efficiently without feeling cold or institutional.

The new emergency home, named after supporters John and Ultima Morgan, is an impressive 27,500 square-feet and includes 20 bedrooms that will house up to 136 parents and children. It’s a critical resource to the community that will help ensure fleeing families can stay together during such difficult and often uncertain times.

Harbor House, the leading provider of services related to domestic violence here in Central Florida, reports helping more than 15,000 domestic abuse survivors last year through its outreach services. While its current shelter includes 102 beds, the program houses an average of 147 people a night.

“Because our survivors face life and death situations, we always find a place for their families to stay,” stated Carol Wick, CEO of Harbor House of Central Florida.

In her remarks, Orange County Mayor Teresa Jacobs emphasized the need for such facilities.

“When they flee, it’s often with nothing more than the clothes on their backs. They have no money for transportation and no other place to go except to the safety of a state-certified domestic violence shelter,” Mayor Jacobs said.

Mayor Jacobs went on to praise Harbor House CEO Carol Wick for her leadership, along with the community for making this new facility a reality.

The prevention of domestic violence, as well as ensuring the appropriate level of support for survivors, remains a top priority in Orange County. Locally, Orange County contributed $2 million dollars towards the project, complementing a longstanding commitment to the cause.

The Orange County Domestic Violence Commission (DVC) was originally convened in 2005 by Honorable Belvin Perry, Jr., Chief Judge, and the late Honorable Lydia Gardner, Clerk of the Courts of Orange County. With the support of Perry and Gardner, Mayor Jacobs reconvened the Commission in February 2013 as a result of several tragic cases occurring in Orange County. The DVC is co-chaired by the Honorable Alice Blackwell, Circuit Judge with the Ninth Judicial Circuit, and Dick Batchelor, President of Dick Batchelor Management Group, Inc. In early 2015, after learning that 80 percent of women battered by their partners also have children in similar abusive situations, the Commission expanded its focus to include child abuse. The Orange County Domestic Violence and Child Abuse Commission continues the critical work of the DVC while also working to protect our County’s most vulnerable—our children. The Commission expanded its membership to include community leaders with expertise in the field of child abuse prevention. The Domestic Violence and Child Abuse Commission meets regularly to better understand the underlying factors which contribute to domestic violence and child abuse.

Photos from the groundbreaking may be found on Flickr for use by the media.