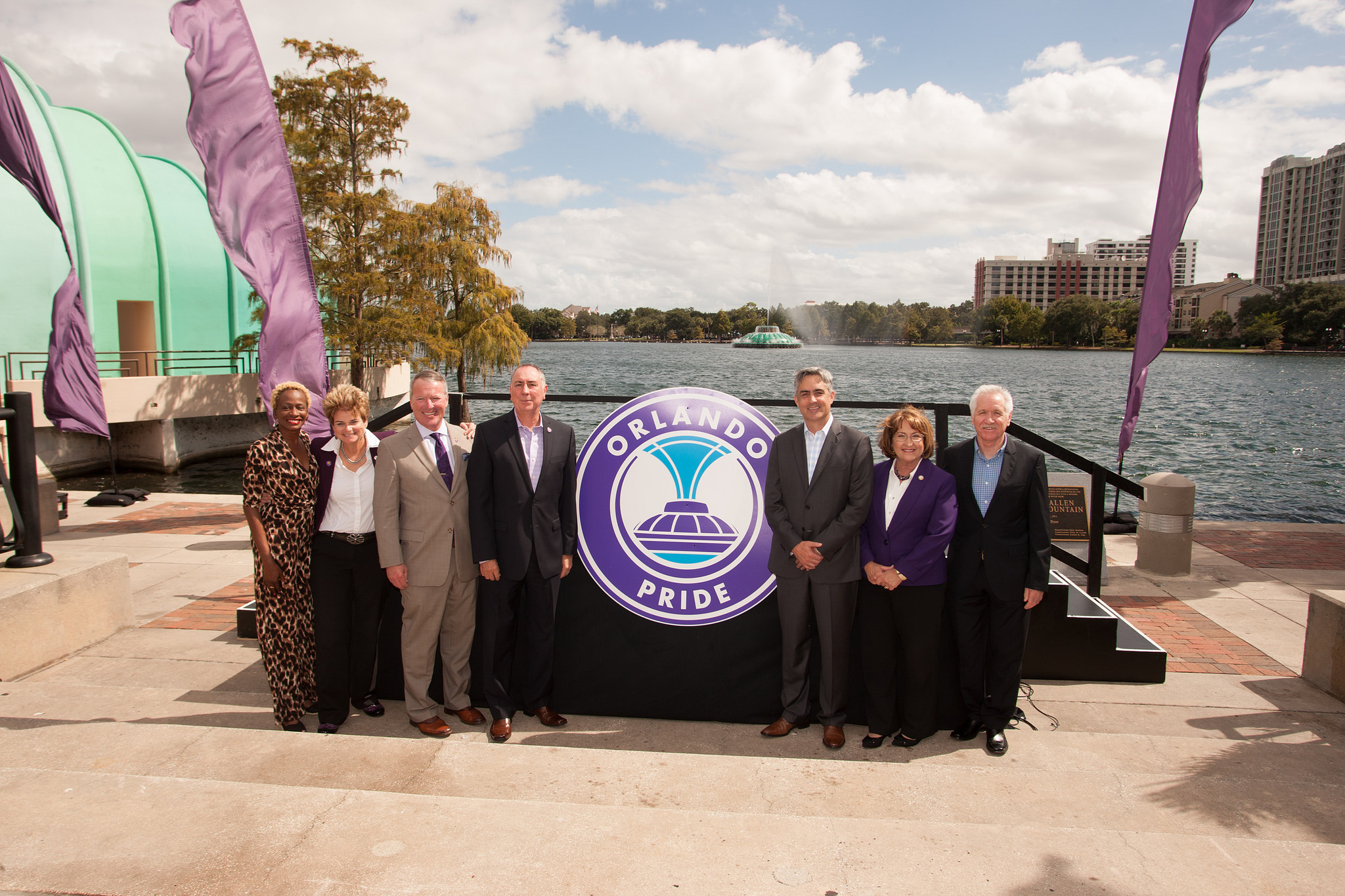 Soccer enthusiasts gathered at Lake Eola on Oct. 20 for a special announcement from Orlando City Soccer Club (OCSC) unveiling a new National Women’s Soccer League (NWSL) franchise, which is set to launch in 2016. Named Orlando Pride, the launch of the women’s team comes on the heels of the overwhelming success of Orlando City Soccer Club’s opening season.

“When the Orlando City Lions kicked off their inaugural season, we knew they would be wildly popular, and that we would have the best fans in the league,” Orange County Mayor Teresa Jacobs said. “We know that the Orlando Pride women’s soccer team will be a huge success, and can’t wait to welcome local families, soccer enthusiasts and fans from around the world to their 2016 inaugural season!”

The Orlando Pride is the 10th franchise to join the NWSL, which features national team players from Canada, Mexico and the U.S. and will enter its fourth season in 2016. OCSC Founder and President Phil Rawlins had been in talks about a women’s professional soccer team in Orlando for more than a year and was thrilled to officially announce the team’s arrival.

“The name ‘Orlando Pride’ captures how we all feel about the City of Orlando, as well as firmly tying into the OCSC Lions family,” Rawlins said.

The Orlando Pride’s head coach, who is no stranger to women’s professional soccer, was also announced at the event. Tom Sermanni comes to Orlando with an impressive record having served as the coach of both the Australian and U.S. women’s national teams in the past. As head coach, Sermanni will leverage his expertise to help build one of the best women’s soccer teams in the world.

“Orlando has proven itself as a hotbed of soccer in the country, and I look forward to building on that legacy of success with the Orlando Pride,” Sermanni said. “I am eager to get started and look forward to the 2016 season.”

Mayor Jacobs and City of Orlando Mayor Buddy Dyer issued a joint proclamation declaring the week of Oct. 20 as “Women’s Professional Soccer Week” throughout the City of Orlando and Orange County for multiple reasons, including not only the launch of the Orlando Pride, but also the upcoming U.S. Women’s National Team (USWNT) vs. Brazil match at the Orlando Citrus Bowl on Oct. 25, and the many years Central Florida has served as the training home for the USWNT. Orlando has also been dubbed the “Soccer Capital of the South.”