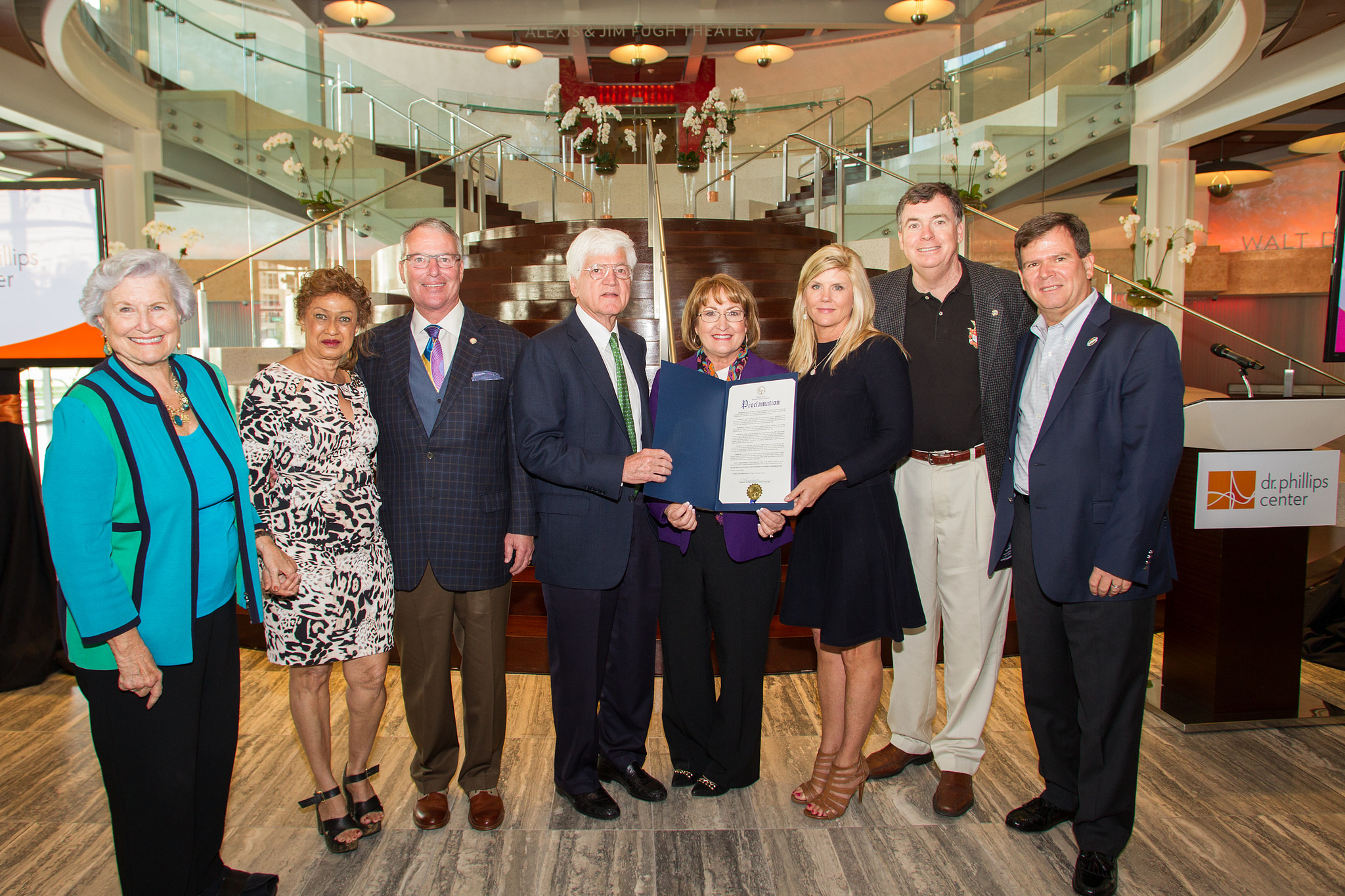 Orange County Mayor Teresa Jacobs joined community leaders at the spectacular Dr. Phillips Center for the Performing Arts on Friday to celebrate and commemorate the anniversary of the Center’s historic grand opening which took place on Nov. 6, 2014.

Mayor Jacobs’ remarks at the celebration highlighted the incredible national and international exposure the Dr. Phillips Center has received since it opened last year.

“We are deeply appreciative and proud of our amazing community champions who have worked together to make this dream a reality,” Mayor Jacobs said. “I am honored to celebrate this milestone anniversary with our community and supporters and look forward to the next historic chapter of the Dr. Phillips Center.”

Kathy Ramsberger, president and CEO of the Dr. Phillips Center, provided a report to the community and an update on philanthropy and the progress of Phase 2.

Since its opening, the state-of-the-art facility has been a Mecca for creativity and discovery. Where artists, audiences and students have gathered to experience, learn and explore the performing arts, fulfilling the vision of the Dr. Phillips Center, Arts for Every Life.

Orange County Arts and Cultural Affairs Director Terry Olson said the County is committed to ensuring the region’s success in supporting the ‘Arts’ pillar in Orange County’s Sustainability Plan, “Our Home for Life.”

“Orange County has committed up to an estimated $163 million of Tourist Development Tax revenues toward the construction of the Dr. Phillips Center, acknowledged as one of the world’s leading performing arts facilities,” Olson said. “The opening of this wonderful center put Orlando on the New York Times list of top places to go in 2015.”

Photos from the anniversary may be found on Flickr for use by the media.