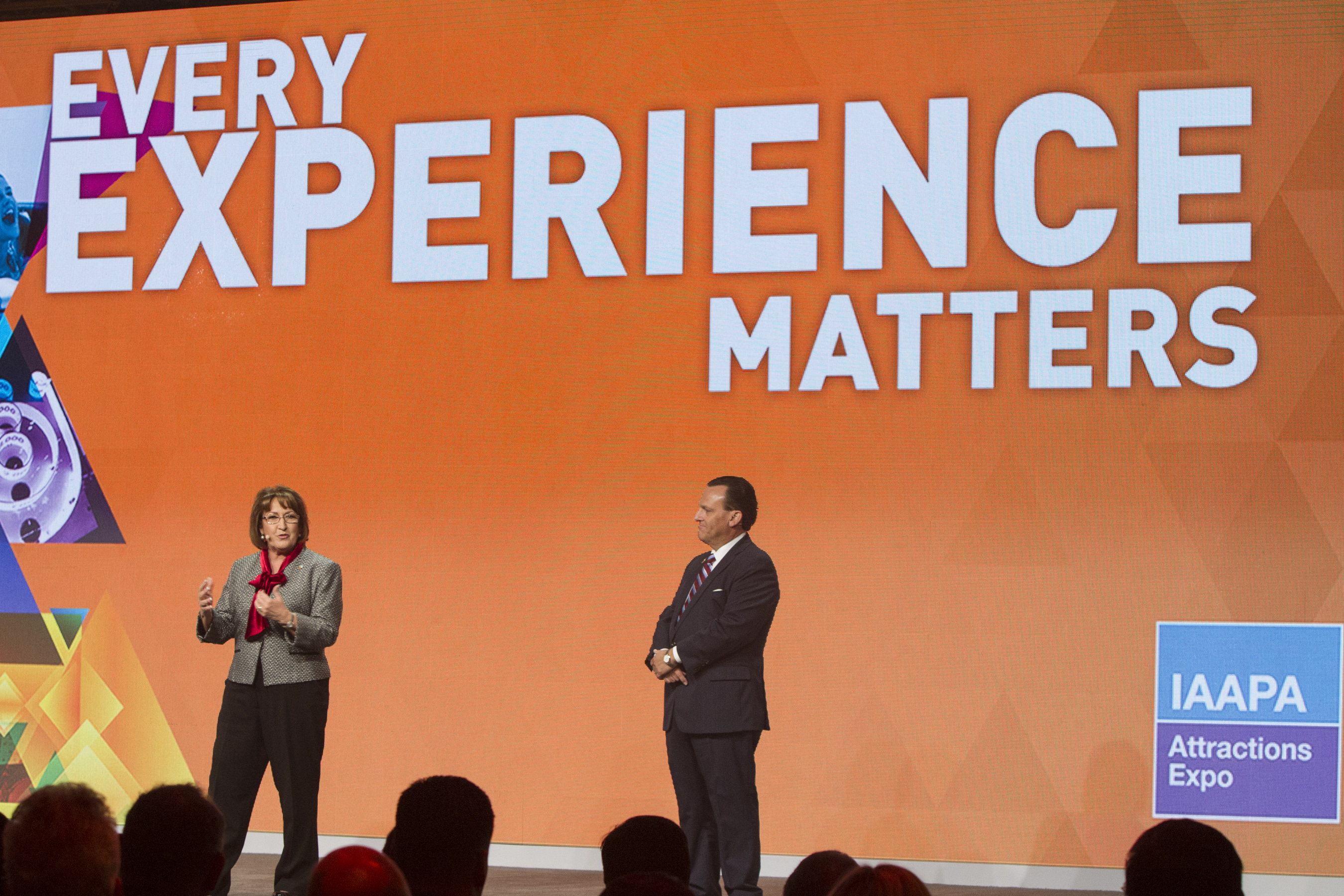 Orange County Mayor Teresa Jacobs joined the International Association of Amusement Parks and Attractions (IAAPA) for the opening of the 2016 Attractions Expo on Nov. 15 at the Orange County Convention Center (OCCC).

More than 1,800 participants, including manufacturing and supply industry leaders, exhibitors, park owners and management staff attended the kickoff event. IAAPA leadership presented an overview of emerging amusement park technologies and the development of the latest rides and attractions.

In September, IAAPA announced that it would continue to host its annual conference and trade show in Orlando at the OCCC through 2030.

“The most rewarding part about working with IAAPA is the opportunity that comes with being a part of its united mission,” Mayor Jacobs said. “As members of IAAPA, you help in creating unforgettable experiences for the millions of people who visit an amusement park or attraction every day.”

Additionally, IAAPA recently announced it would relocate its global headquarters to Orange County beginning in 2017. The IAAPA Board of Directors approved the headquarters relocation and convention agreement extension during meetings held in Barcelona, Spain.

“I cannot think of a better place to build our future than in Orlando, the theme park and attractions capital of the world,” said John McReynolds, 2016 IAAPA chairman of the board and senior vice president of External Affairs for Universal Parks and Resorts. “Our new headquarters will become a global gathering place where industry leaders will connect to conduct business, learn from each other, address challenges and imagine the attractions that will put smiles on people’s faces for many years to come.”