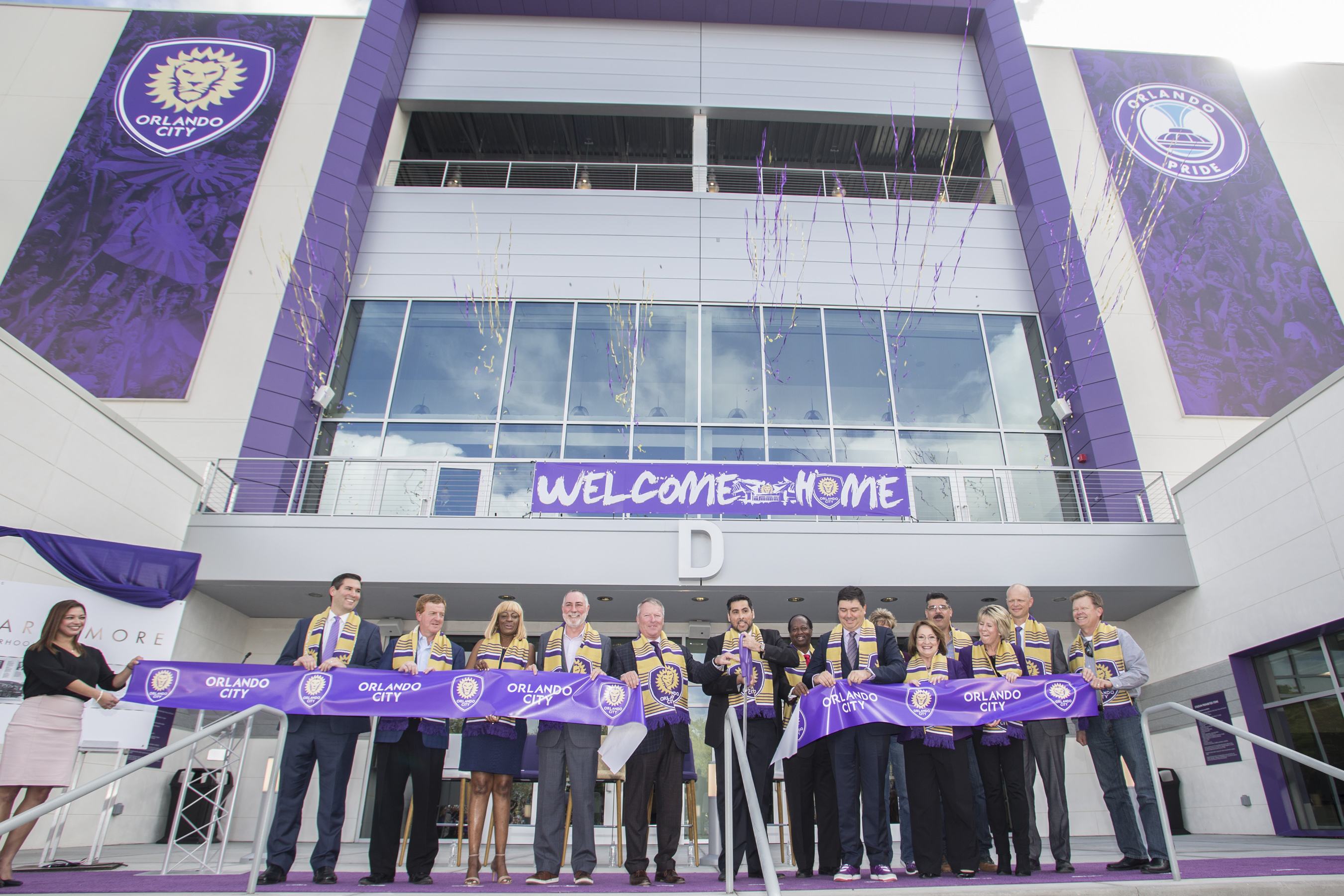 Orange County Mayor Teresa Jacobs joined the City of Orlando, Parramore Advisory Board, Orlando City Soccer Club (OCSC) as well as partners and fans from LionNation for the official ribbon-cutting ceremony of the new Orlando City Soccer Stadium on Church Street in downtown Orlando on Feb. 24.

The stadium, located two blocks away from the Amway Center, will be the official home to both the OCSC Lions and Orlando Pride professional soccer clubs. The first game in the stadium is set for Sunday, March 5, when the Lions will take on the New York City Football Club.

“Thank you to the ownership of OCSC for recognizing our community as a great place for soccer. Thank you to the fans for believing in us. You have changed the dynamic of our team and made this stadium a reality,” Mayor Jacobs said at the ribbon cutting. “Today marks the beginning of a new era for the community, the fans and the team, who now have a beautiful stadium to call home.”

This season, the Lions will play 17 Major League Soccer games, 15 of which will be at the home stadium. Tickets to the opening match on March 5 and the LA Galaxy match on April 15 are already sold out. Tickets will soon be on sale for the remainder of the season and previous season-ticket holders will be able to transfer their tickets to the new stadium.

“I’m a soccer purist, and so for me playing on turf in a football stadium was a negative,” said Will Johnson, Orlando City Soccer midfielder. “I believe that soccer is best played on grass, and now we have a beautiful, brand-new stadium with beautiful grass.”

The new stadium was announced in March 2015. The need for the new stadium came after OCSC owner Flavio Augusto da Silva realized that the fan base was growing and that the market for soccer in Orlando was booming.

“We are very proud to be here,” da Silva said. “For us, it’s a huge privilege to be part of this history. This is the reason I am very emotional today and very happy for what has been happening here. So, thank you.”

Orange County joined the community in celebrating the historic groundbreaking of Orlando City Soccer’s new stadium in downtown Orlando on Thursday. This marks a...

Orange County continues to be the nation’s premier destination for soccer with the recent announcement that Camping World Stadium will host the 2016 Copa...