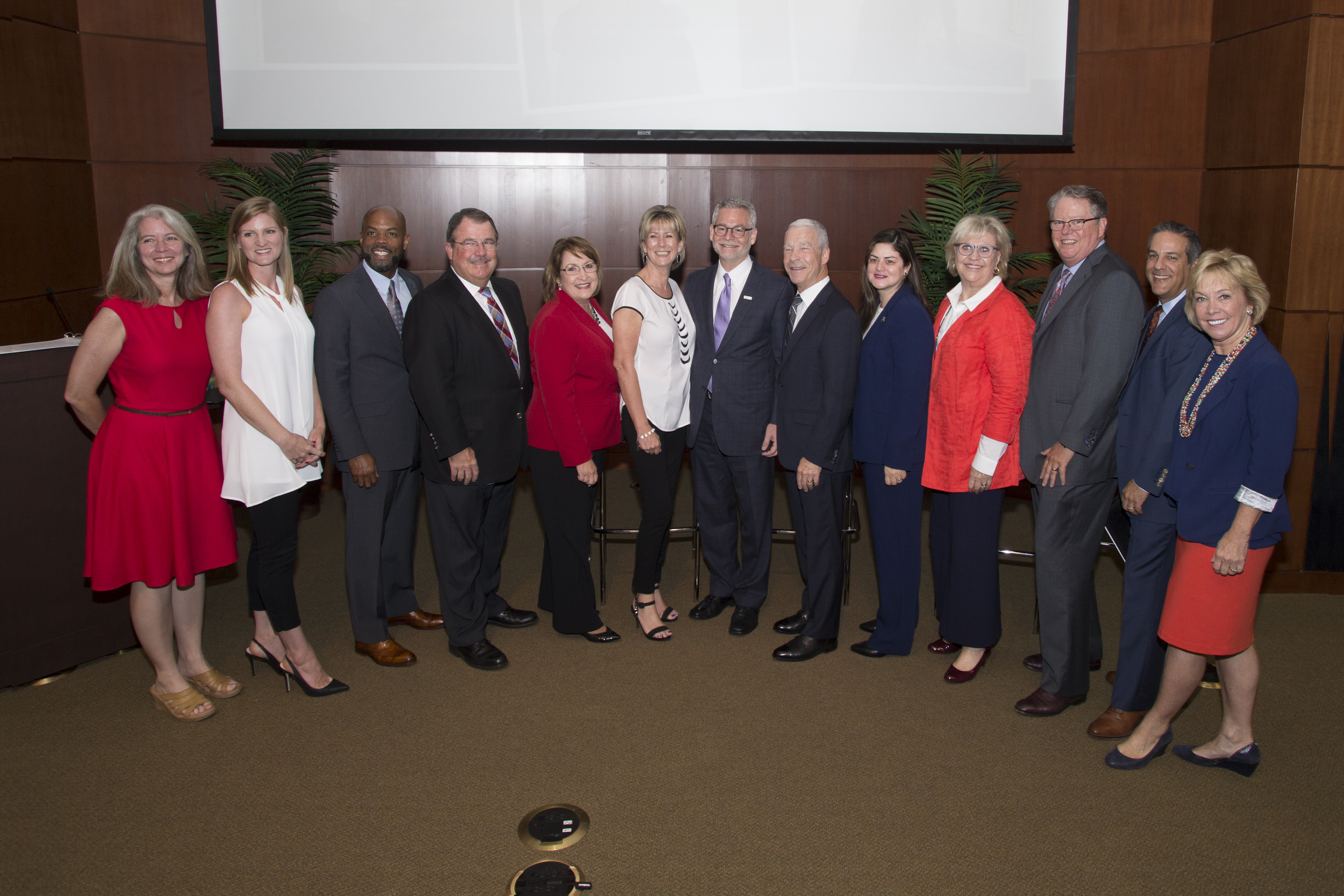 Orange County Mayor Teresa Jacobs and City of Orlando Mayor Buddy Dyer joined the Central Florida Commission on Homelessness and Florida Hospital to announce that more than 100 formerly homeless citizens now have permanent homes as a result of the region’s “Housing First” initiative.

In 2014, Florida Hospital made a $6 million donation to end chronic homelessness in Central Florida — the largest one-time private commitment of its kind. Central Florida leaders leveraged this contribution to launch a campaign to end the cycle of chronic homelessness in the region by transitioning to the Housing-First model, in which the chronically homeless are provided a home, extensive support services and case managers.

“As a region, we have a proven track record of success through collaboration. On issues that range from affordable housing to the intensely complex issue of homelessness, we’re more effective when working as a region,” said Orange County Mayor Teresa Jacobs. “Through an interdisciplinary approach that includes not just the jurisdictions, but also our health care, housing, social services and mental health professionals, we’ve been able to align priorities in support of ‘Housing the First 100’ program. Through the Homeless Services Network, and in partnership with Florida Hospital, we’ve been able to make real progress in housing a very vulnerable group of high-need, chronically homeless individuals.”

The Housing First model is a proven approach that seeks to end the vicious cycle of chronic homelessness that costs communities, local governments, hospitals and businesses millions of dollars each year.

When Florida Hospital joined the initiative with its donation, the organization identified 100 homeless Central Floridians who most frequently visited the emergency department during a one-year period. In that time, their combined total hospital charges were nearly $15 million in uncompensated care.

On June 22, leaders with the Central Florida Commission on Homelessness, Homeless Services Network and other community partners shared several results of this pilot project including:

Florida Hospital now reports a nearly 60 percent reduction in emergency department visits by the formerly homeless involved in the pilot program who have been housed one year or more.

Significant strides have been made outside the Florida Hospital-related funding, too. During the same time, more than 580 additional chronically homeless Central Floridians were housed as a result of the regional Housing First efforts.

Learn more about Orange County Government’s plans and initiatives to end homelessness in the community.

Photo Caption: Community leaders gather at Florida Hospital for the “Housing the First 100” community discussion aimed to bring awareness to the success of ending the cycle of chronic homelessness in Central Florida.

A New Step in Helping Homeless Men in Central Florida

Orange County Mayor Teresa Jacobs recently joined more than 200 members of the community to celebrate the grand opening of the Men’s Service Center...

"For the chronically homeless, and for our families and precious children who are struggling with homelessness, we are committed to creating a better future....

Mayor Teresa Jacobs joined community leaders on Sept. 17 to unveil a new report by the Central Florida Commission on Homelessness (CFCH) that provides...