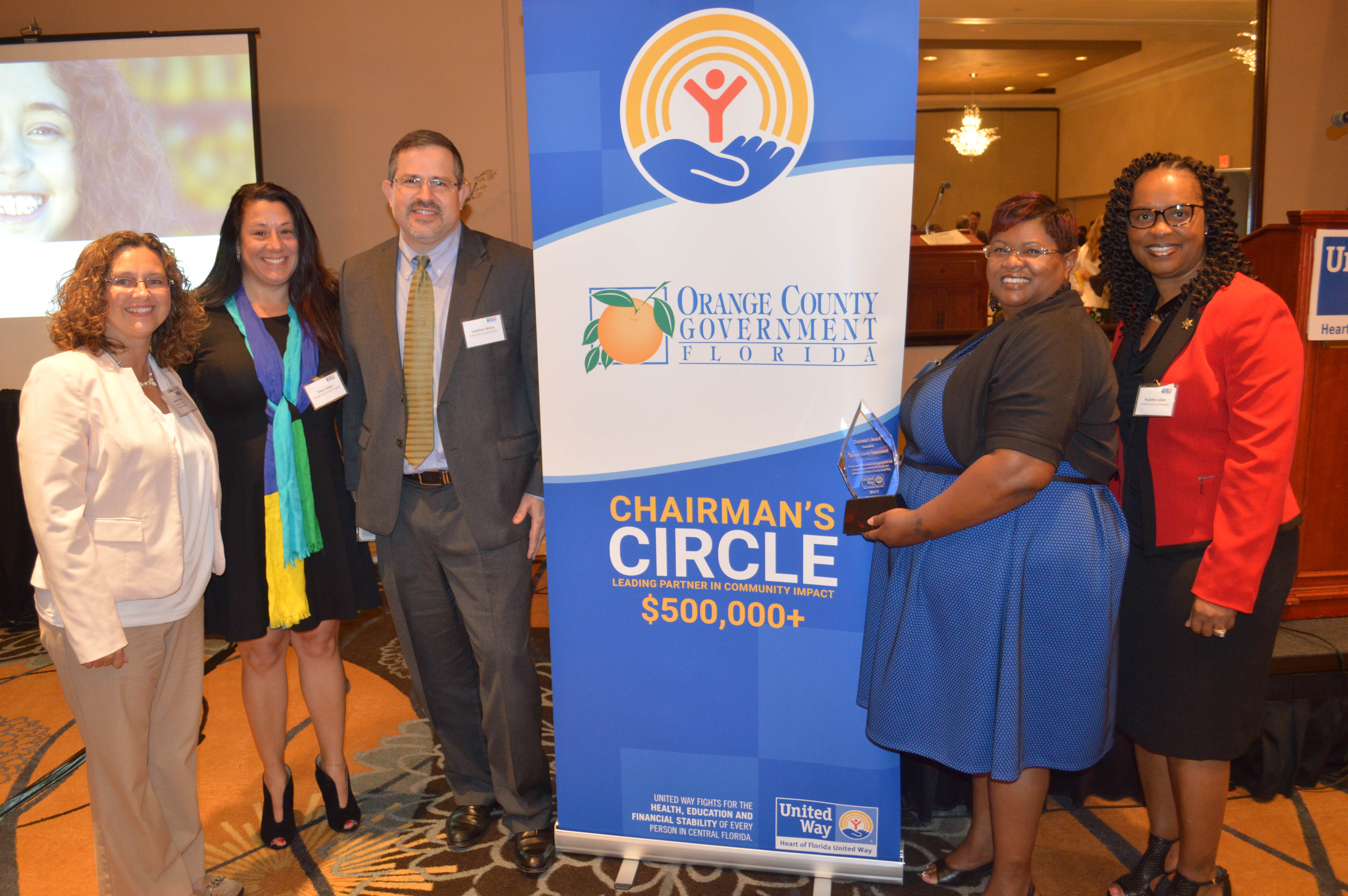 Orange County Government was awarded the Chairman’s Award for being one of United Way’s top corporate partners. Every Orange County employee is offered the opportunity to give back through payroll deduction, which has experienced nearly a 15 percent increase in each of the past two years.

“The Chairman’s Award is a very special honor and embodies everything that Heart of Florida United Way encourages in its workforce giving campaigns,” said Manager of Orange County’s Neighborhood Preservation & Revitalization and 2016 Orange County Campaign co-chair Lavon Williams. “Orange County raised $578,000 for United Way this past year and we were able to do this by involving employees on all levels through our County-wide golf tournament, 5K, fitness challenges, individual department fundraisers and more.”

Beyond the workplace giving campaign, Orange County Government plays a vital role in serving the community, most notably by working in collaboration with United Way and the City of Orlando to operate the Orlando United Assistance Center, which is the facility where survivors and family members of those killed in the Pulse tragedy go to receive services.

“Whether it’s helping students learn to read or providing families with access to healthy meals, housing or financial literacy training, United Way plays a vital role in the daily lives of so many Central Floridians – including our military Veterans,” said Orange County Mayor Teresa Jacobs. “I’m deeply proud of Orange County’s continued support of United Way. From volunteers who poured their heart and soul into the annual campaign to the amazing generosity of employees, the success of our United Way fundraising shows the genuine commitment of our employees to the principle of ‘neighbors serving neighbors.”