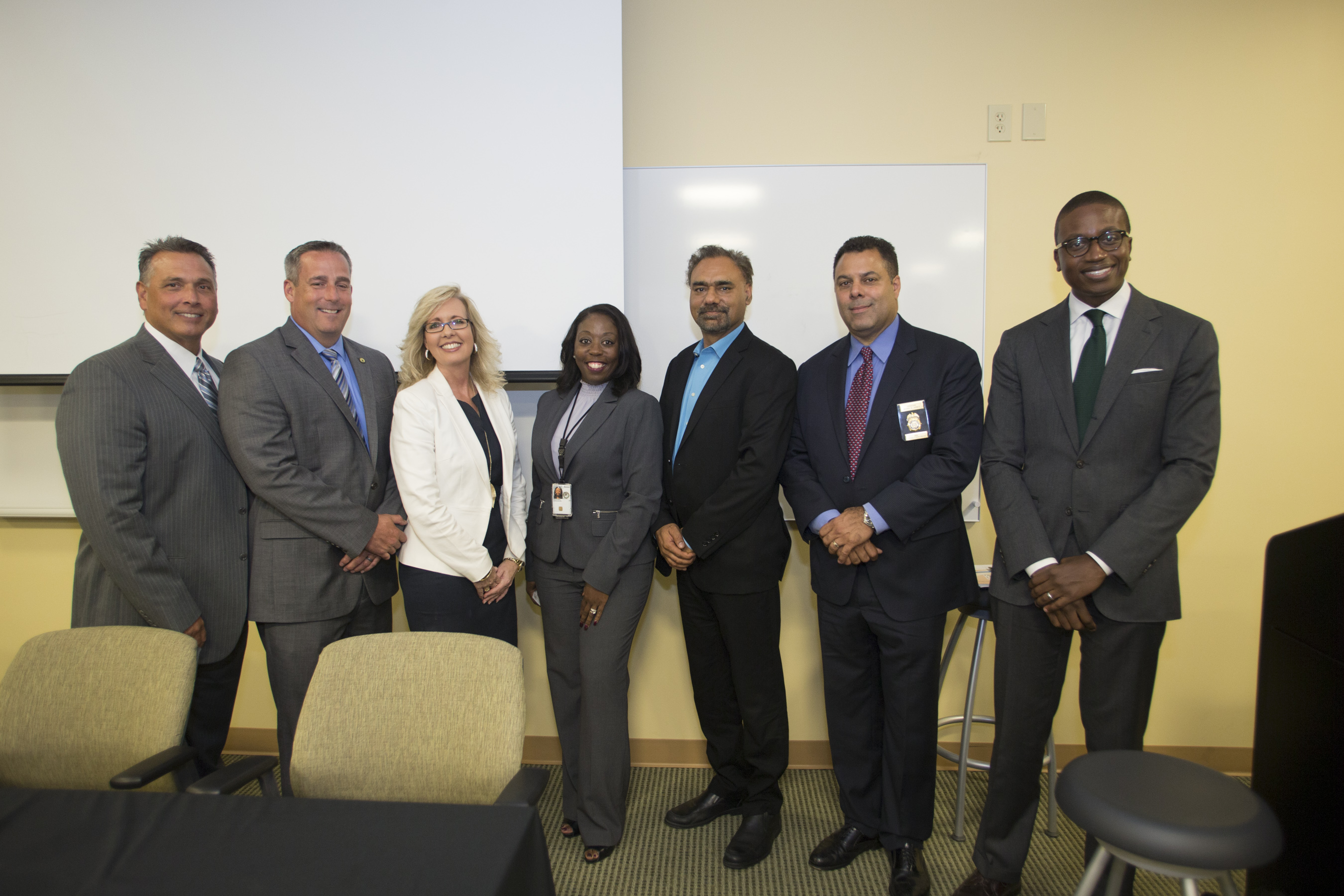 The film was produced by the Federal Bureau of Investigation (FBI) and the Drug Enforcement Administration (DEA) in an effort to combat the growing epidemic of prescription drug and heroin abuse. The title of the film, “Chasing the Dragon,” is a phrase commonly associated with an addict’s relentless efforts to “chase” the next and new high.

“This was an opportunity to bring the community together to watch the film and process it with federal and local leaders, and to discuss the local impact,” said Khalilah Escalera, Reentry and Community Outreach Specialist for the U.S. Attorney’s Office, Middle District of Florida.

Attendees received a heroin educational toolkit, which included a copy of the film and drug prevention information to take back to their respective organizations. The educational toolkit is also available online through Orange County’s recently launched Heroes Against Heroin website.

Launched on Aug. 11, www.OCFLHeroesAgainstHeroin.org includes valuable and life-saving information on how to help someone overcome opioid addiction. The website is set up to provide simple but detailed facts about the opioid abuse epidemic, including treatment resources for those dealing with addiction and information on preventing substance use before it starts. The Heroes Against Heroin website and campaign is a product of the Orange County Heroin Task Force’s Education and Prevention Subcommittee.

The toolkit and website is part of 37 recommendations adopted by Orange County’s Heroin Task Force, convened in August 2015 by Orange County Mayor Teresa Jacobs with Orange County Sheriff Jerry L. Demings as co-chair. The toolkit provides prevention resources, fact sheets on heroin and fentanyl, as well as classroom lessons on opioids and heroin. The toolkit also offers information on the lifesaving drug Naloxone, also known as Narcan, which can quickly reverse the effects of a heroin overdose if given before permanent damage to the brain and other vital organs occurs.

“Thanks to the work of the Task Force, our region is much more prepared to fight this epidemic,” Orange County Mayor Teresa Jacobs said. “In addition to creating our new toolkit, website and other pro-active measures, we’ve worked to advocate for key legislative measures. In partnership with our delegation members, we are deeply grateful that Vivitrol funding was included in this year’s state budget, and that additional criminal penalties will now apply to the illegal possession of fentanyl. Together, we will continue to fight on behalf of the countless families and individuals who have been and continue to be devastated by this deadly scourge.”

Carol Burkett, Director of Orange County’s Drug Free Office, served as co-host of the Chasing the Dragon screening event along with Khalilah Escalera from the U.S. Attorney’s Office. Both underscored the importance of working together at the local, state and federal level, as well as the importance of partnerships with local community-based agencies.

After the screening, representatives from the U.S. Attorney’s Office, DEA, FBI, Orange County Sheriff’s Office and the Central Florida Recovery Centers participated in a panel discussion. The panel spoke about the magnitude of the problem, how law enforcement is tackling the issue, prevention initiatives in the community, and treatment options for those addicted to opioids.

According to Orange-Osceola Chief Medical Examiner Dr. Joshua Stephany, between Jan. 1 and Aug. 11 of this year, 30 individuals have died from heroin overdoses, and 45 people have died as a result of fentanyl and analog drugs, which are versions of fentanyl.

“In some cases, individuals have even been found to have had a combination of both heroin and fentanyl in their system,” Dr. Stephany said. “Unfortunately, projections suggest that this trend will continue throughout 2017.”

Photo Caption: Local treatment providers, social service representatives, law enforcement and community activists gathered at Orange County for a special screening of the film Chasing the Dragon: The Life of an Opiate Addict in July.

Orange County’s collaborative, multi-jurisdictional Heroin Task Force was comprised of 22 key community leaders, lending their expertise and staff in the areas of law enforcement, healthcare, treatment, education and prevention as well as public policy. The Task Force adopted 37 recommendations for implementation. In addition to legislative advocacy during the 2017 session, Task Force members were key to getting naloxone, also known as Narcan, into the hands of more first responders – especially law enforcement – through legislative action in the 2016 session. In partnership with Orange County’s Corrections team, the Task Force was instrumental in the launch of the Vivitrol program, a medication-assisted treatment program administered through the Orange County Jail that helps inmates fight addiction before they are released.