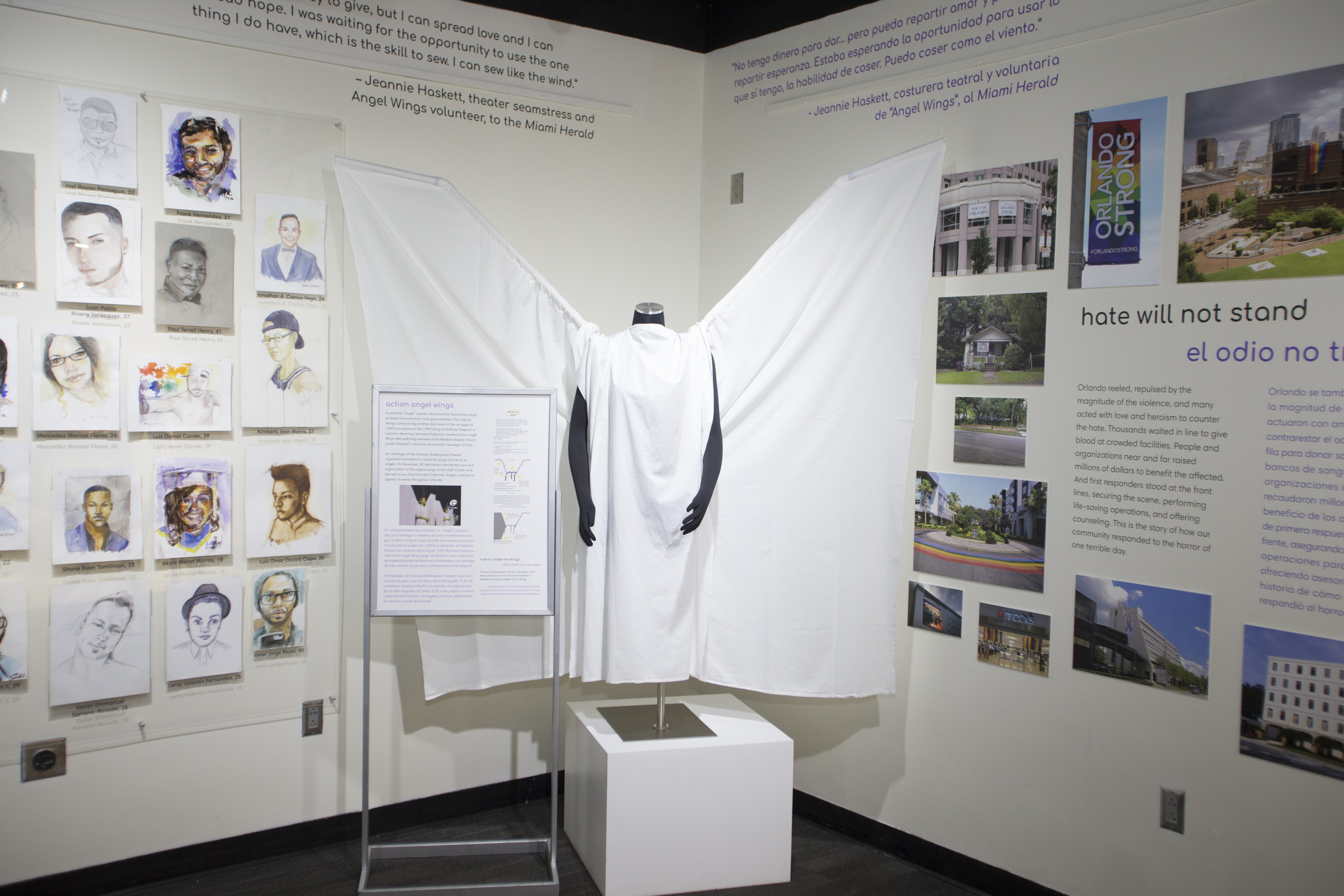 The Orange County Regional History Center was awarded with the American Association for State and Local History (AASLH) 2017 Award of Merit and the 2017 History in Progress Award for their work on the One Orlando Collection Initiative and their efforts in documenting the Pulse Nightclub tragedy.

The Orange County Regional History Center is the only organization in Florida to be nominated for both prestigious awards.

“The tragedy of Pulse and the heartbreaking loss of 49 lives is a permanent part of history – it’s a story that will always be told.  Through the efforts of the Orange County Regional History Center we have the chance to tell the other side of the story – how Orlando reacted with compassion and understanding to this senseless act of violence and hate, and how we united to care for our grieving brothers and sisters within the LGBTQ, Latinx and Hispanic communities, as well as the loved ones of those who were lost,” said Orange County Mayor Teresa Jacobs. “I am incredibly proud of our Orange County Regional History Center team, and of their work.  We’re so honored that the American Association for State and Local History has chosen to recognize their efforts.”

The Award of Merit is presented when organizations display excellence in history programs, projects and people when compared with similar activities nationwide. The History in Progress Award is given at the discretion of the awards committee and only the top five percent of winners from the Award of Merit are selected.

The History in Progress Award is given to projects that are, “highly inspirational, exhibits exceptional scholarship, and/or is exceedingly entrepreneurial in terms of funding, partnerships and collaborations.” Only two recipients were chosen this year.

On June 12, 2016, Orange County was impacted greatly by a senseless act of violence and hatred at Pulse Nightclub. More than a year later, the community continues to remember the victims and survivors as they try to heal from the tragedy.

The Orange County History Center in partnership with Orange County Government created the One Orlando Collection, a tribute to the victims and survivors of the Pulse Nightclub tragedy. More than 5,000 artifacts were collected, curated and documented from various sites across Central Florida, include the Pulse nightclub.

During Orlando United Day | A Day of Love and Kindness, the History Center opened a temporary exhibit that included hundreds of artifacts and memorial items for loved ones, survivors and community members to view. The exhibit was retired later in the week as final plans to permanently display memorial items continue.

In addition to the opening of the exhibit, the Orange County Government and the History Center also launched a digital gallery, OneOrlandoCollection.com, which includes images of artifacts and many of the stories behind them. There, individuals near and far can search by a loved one’s name to see themselves the many items left in their memory.

“History Center staff members are extremely honored to be recognized by the American Association for State and Local History,” said Michael Perkins, the museum’s manager. “These awards represent AASLH’s highest distinction, and the winners represent the best in the field. But even more important, we’re honored to play a role in remembering and paying tribute to the victims and survivors of the Pulse tragedy.”

The awards will be presented at a banquet during the 2017 AAASLH Annual Meeting in Austin, Texas on Sept. 8.

Photo Caption: The Orange County Regional History Center was selected as a recipient for two prestigious awards for their work documenting the Pulse Nightclub tragedy and the One Orlando Collection.