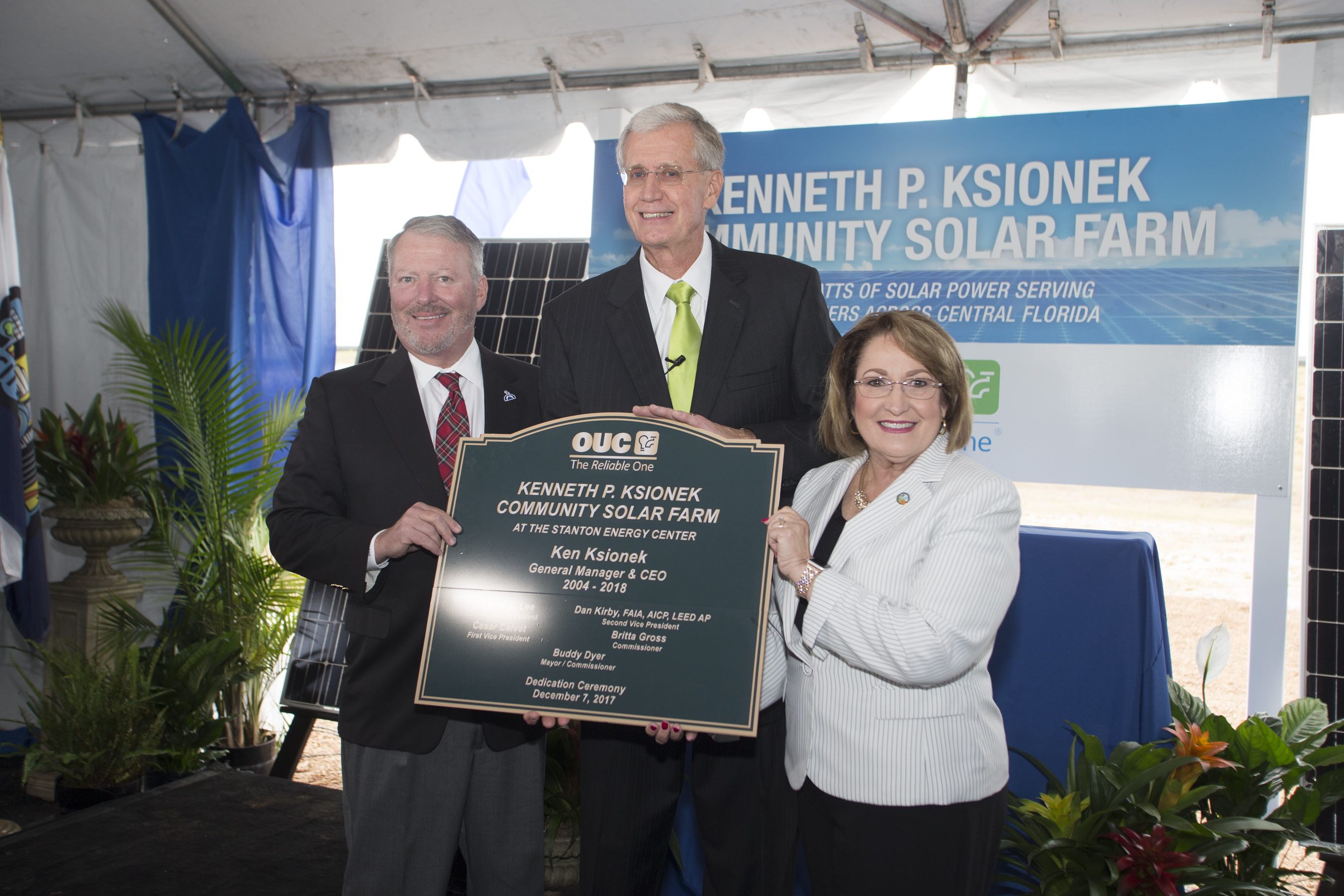 As one of the most unique solar facilities in the United States, 37,544 solar panels are located atop a byproduct landfill on land once designated for a future coal plant. Spread across 24 acres, the panels are capable of generating nearly 13-megawatts of energy – enough to power 2,100 homes. OUC will receive the energy in the form of a Power Purchase Agreement, meaning a third-party owns and operates the site, for at least the next 20 years.

“It was in 2011 that the first solar farm in Orange County – and for OUC – was completed, right here at the Stanton Energy Center,” said Mayor Jacobs.  “Today, from our award-winning Orange County Convention Center solar initiative, to our solar co-ops and this amazing new OUC solar farm, we’ve transformed our use of alternative energy.”

Orange County and OUC have a long history of working together on environmentally friendly projects from the giant solar array at the Orange County Convention Center to OUC’s recently completed landfill gas expansion project.

“What lies ahead is going to be tremendous in the next 10 to 15 years moving forward,” Ksionek said. “And, I can’t wait to watch and see how this great company plays a part in ensuring Orlando and Orange County continue on this sustainable path.”

Early next year, OUC plans to add another 20 megawatts of floating solar on the ponds at the Stanton Energy Center. Beyond that, OUC anticipates growing its solar production from 20 to 80 megawatts or more in the near future.

Six years ago, OUC unveiled Orange County’s first solar farm – a nearly 6-megawatt field – also at Stanton Energy Center. By the end of 2017, OUC will have doubled its solar energy production and continues to wisely invest in other renewable energy such as landfill methane gas.

Additionally, last summer, in partnership with Solar United Neighbors of Florida, Orange County launched the largest and most successful solar co-op to date in the state of Florida. A total of 518 participants qualified for solar. Of those who qualified, 79 households converted to solar through the Orange County co-op – including Mayor Jacobs and her family.

Mayor Jacobs is committed to building a sustainable Orange Country through her “Our Home for Life” initiative, which was launched three years ago with the goals of maintaining and preserving our environment, so that future generations can enjoy it and carry on sustainability efforts.