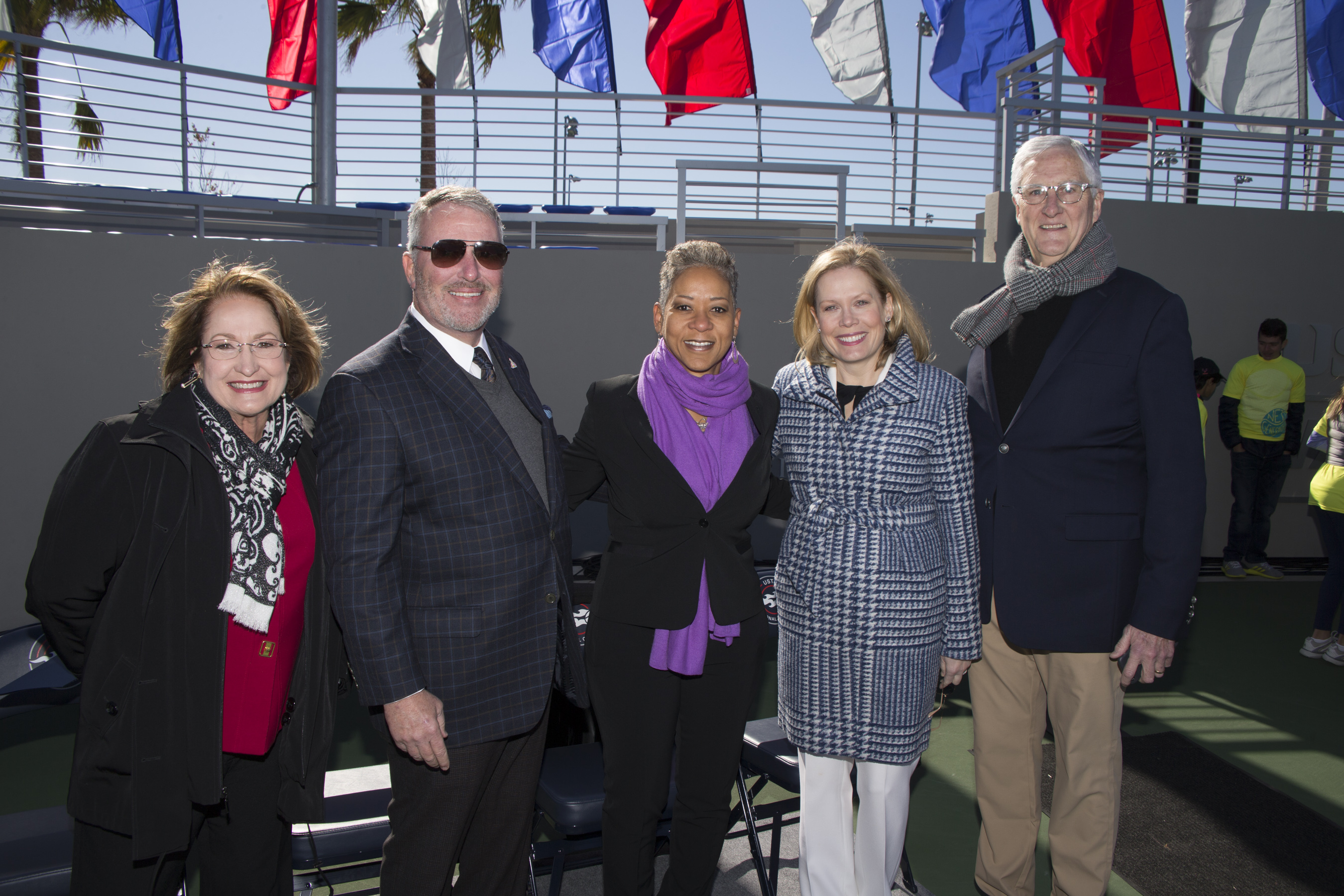 The USTA National Campus, spanning more than 64 acres, is home to the Player Development National Training Headquarters and is one of only three USTA training centers in the nation. In 2017, the campus hosted 540 pro circuit matches and more than 300 colleges and universities, with nearly 200,000 total attendees. The campus was also named the host site for the NCAA Division I Men’s and Women’s Tennis Championships in 2019 and 2021; and the Division III Championships in 2022.

“We are so proud to serve as the home of American Tennis, and I am thrilled to be celebrating this important USTA National Campus milestone,” Mayor Jacobs said. “This amazing facility has helped to tell our story as a region committed to world-class sports, recreation and culture, and as a community that is committed to raising healthy Floridians, for generations to come.”

The 100-court facility, which broke ground in spring of 2015 and opened in Jan. 2016, offers tennis and training programs for professional and junior athletes, families, youth, seniors, disabled players and community groups. The campus also features two championship courts and 26 PlaySight SmartCourts, which is a state-of-the art sports video and analytics tool.

“To say this has been an amazing year for the USTA National Campus would be an understatement. When we set up to create this place, we wanted to design a facility that would be all things, for all levels, for all players,” USTA Chairman of the Board and President Katrina Adams said. “Working as a team, we rose to that challenge in a large way.”