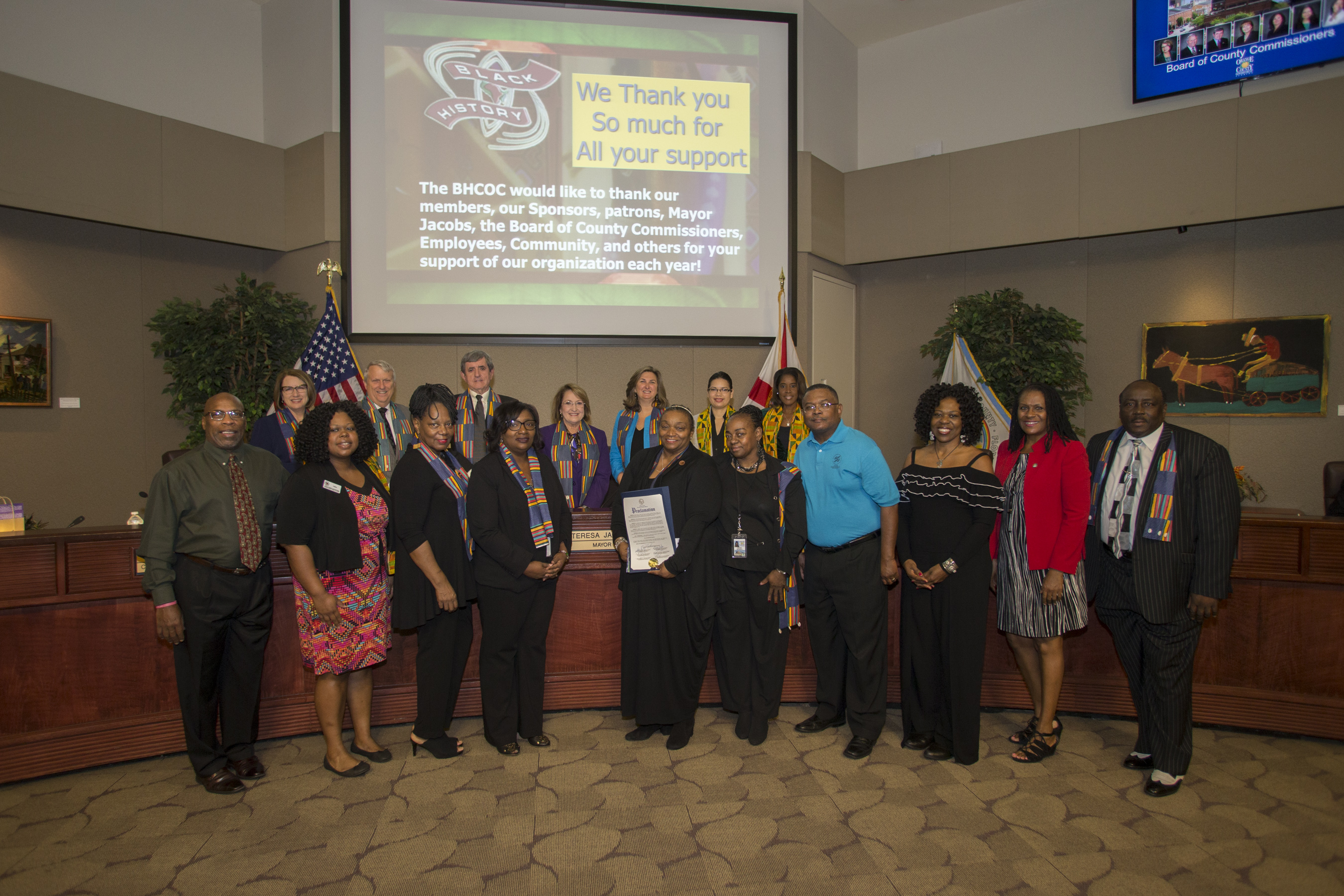 In January, Mayor Jacobs spoke at the 27th Annual “Pappy” Kennedy Prayer Breakfast honoring the legacy of Dr. King and Arthur Kennedy, Orlando’s first African-American elected city official. Mr. Kennedy, who passed away in 2000, served on the Orlando City Council from 1972-1980. The breakfast is presented annually by the YMCA of Central Florida.

Mayor Jacobs also joined community leaders at the African American Chamber of Commerce’s 2018 Eagle Awards ceremony. The event, was held on January 13 at Walt Disney World‘s Contemporary Resort. The chamber recognized corporations who had a positive impact on the community.

“Since its establishment in 1945, the African American Chamber of Commerce has played a crucial role in helping African American-owned businesses and organizations throughout Central Florida,” Mayor Jacobs said at the event. “Through its staunch advocacy and serving as an unrelenting voice for its members, the chamber has helped create an environment in which minority owned businesses can thrive now and for many years to come.”

Mayor Jacobs presented a proclamation dedicating January 13, 2018 as African American Chamber of Commerce Day in Orange County at the event.

“The Zora Festival celebrates the life and work of Zora Neale Hurston, the town of Eatonville, and the significant accomplishments that people of African ancestry have made around the globe, which have played a vital role in our region’s history and the cultural fabric of our community, “ Mayor Jacobs said at the event.

The region also held several parades honoring the legacy of Dr. King in Orlando, Ocoee, Apopka and the town of Eatonville. Mayor Jacobs and the Board of County Commissioners issued a proclamation recognizing Black History Month in Orange County.

Last week, Orange County hosted the recent installment of “Art in the Chamber,” highlighting a collection of works by African-American artists. The main lobby in the County Administration Center features curated works from Florida-artist Joyce Hayes – in partnership with the Black History Committee of Orange County.

The Committee will also host the annual Black History Festival on the lawn of the Orange County Admiration Center, 201 S. Rosalind Avenue., on March 2 from 11 a.m. to 2 p.m. The event is open to the public and will feature live music and entertainment for employees, guests and the extended community.