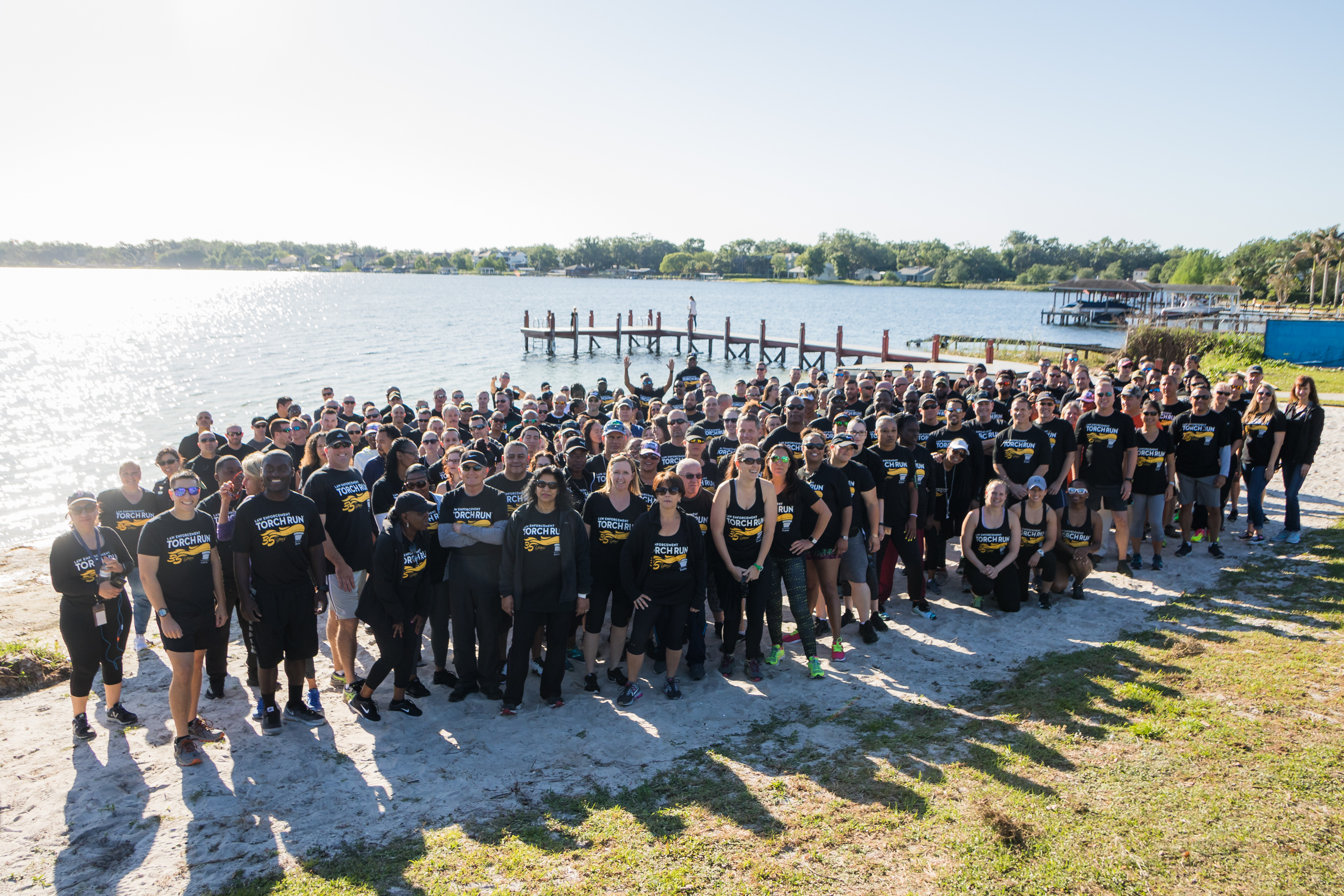 Orange County Corrections Department (OCCD) participated in the Florida Law Enforcement Torch Run on April 17, which has become an annual tradition for the corrections team. Fifteen representatives from OCCD took to the streets of Orange County to be part of the Special Olympics’ signature event.

Every year, the Flame of Hope crosses Florida in an intrastate relay of routes throughout the state, covering thousands of miles. The torch is carried by local and state law enforcement officers all the way to the opening ceremony of Florida’s annual State Summer Games at the ESPN Wide World of Sports Complex.

The Florida Law Enforcement Torch Run is the largest fundraising event for Special Olympics Florida. Statewide, the participating chiefs, officers, sheriffs, deputies, agents and cadets from virtually every branch of federal, state, county and municipal law enforcement, represent more than 300 different agencies. The Orange County Sheriff’s Office also participated in the run’s stretch through Orlando. The three-mile relay took place ahead of the Special Olympics Summer Games, which will be held on May 18.

According to OCCD Sergeant Sharla Cooley, who coordinates the event for the Corrections Department, this year Corrections raised $1,200—which is double the amount in 2017.

“The Law Enforcement Torch Run is a terrific event, and I was extremely happy to see our OCCD participants and many supporters along with our fellow law enforcement, and corrections brothers and sisters supporting this much-needed and awesome event,” Gyurisko said.

The Special Olympics is the world’s largest sports organization for children and adults with intellectual disabilities. It offers training and competitions to millions of athletes in the United States and internationally. The not-for-profit organization was founded 50 years ago by Eunice Kennedy Shriver, sister of President John F. Kennedy.