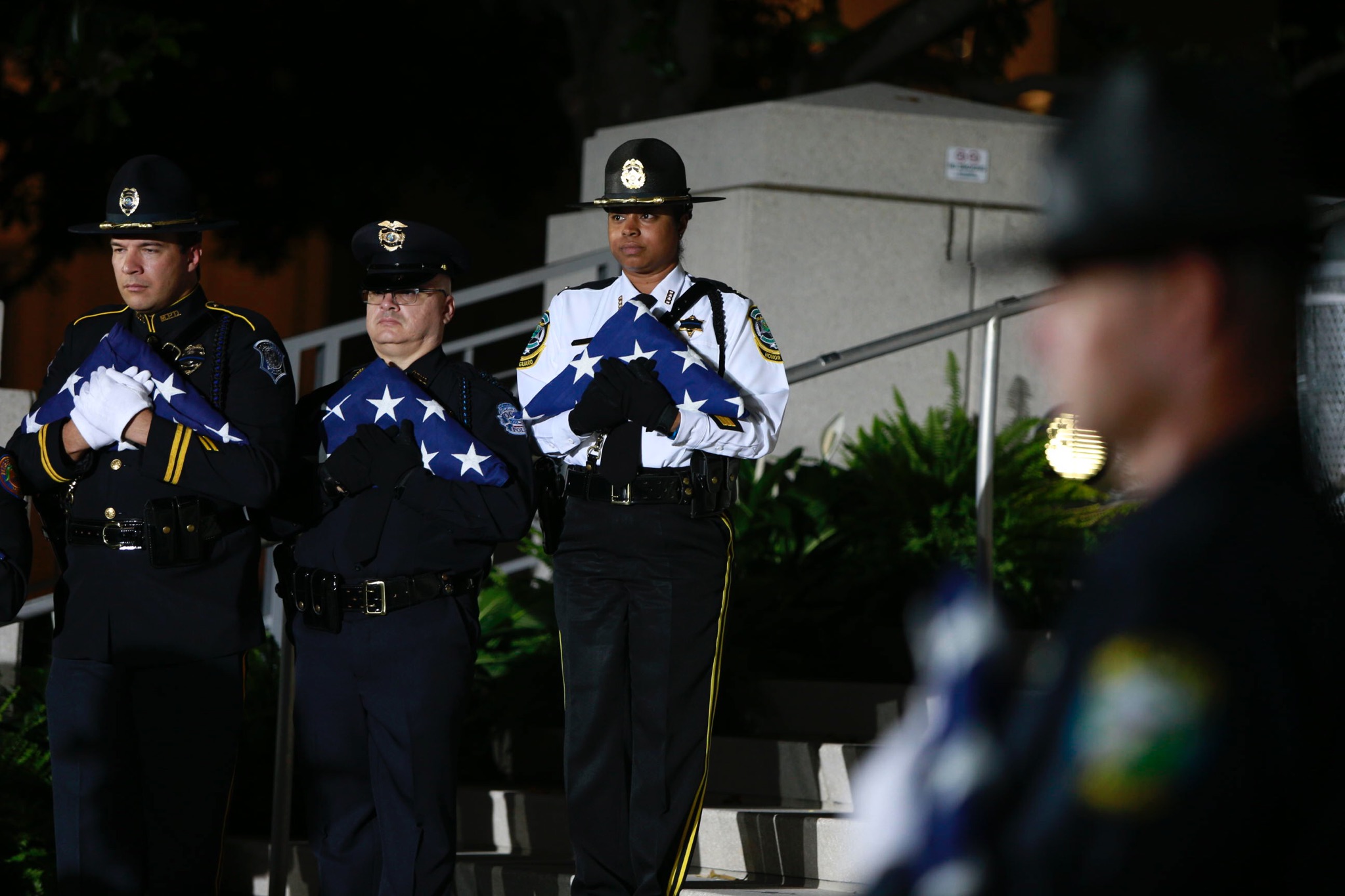 On the evening of May 3, the Central Florida community gathered in the courtyard of the Orange County Courthouse to honor the lives and legacies of the region’s fallen law enforcement officers. The annual ceremony paid tribute to those officers who have suffered a serious injury, who died of natural causes and those brave men and women who currently serve the community.

“One way to honor these and all law enforcement officers is to do everything possible to support their families, and to remember that each and every day the brave men and women of law enforcement leave their homes – knowing that they may not return – and risk their lives to keep us safe.”

During the ceremony, the names of 48 fallen officers – from 1870 to 2017 – we called in memoriam. Upon their name being called, a rose was placed on a ceremonial wreath representing their life and legacy. Additionally, family and special guests shared tribute to their fallen hero with letters and musical performances.

Photo Caption: The 36th Annual Law Enforcement Memorial Ceremony was held on May 3 at the Orange County Courthouse to honor the lives and legacies of the region’s fallen law enforcement officers.