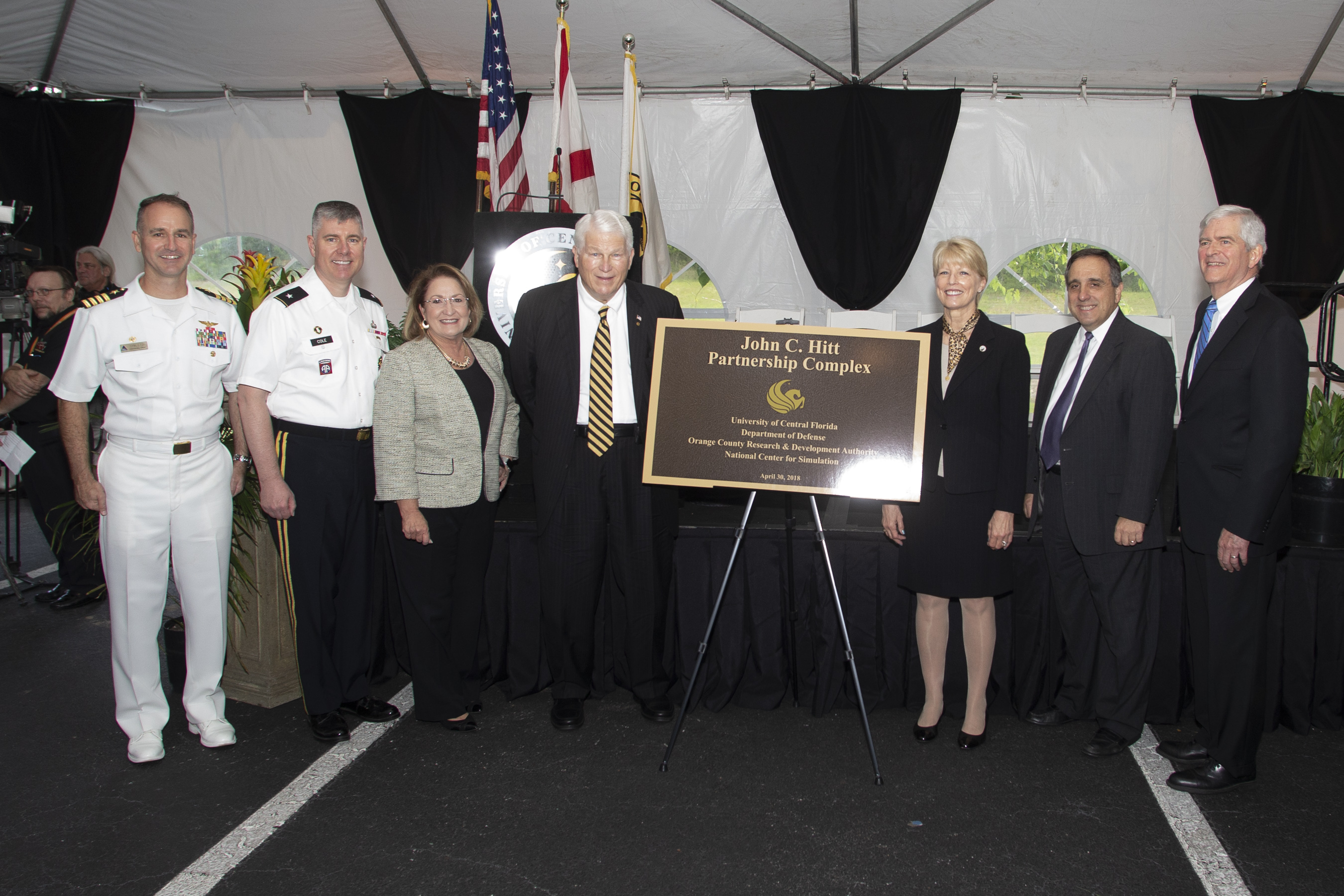 Orange County Mayor Teresa Jacobs joined leadership from the University of Central Florida (UCF) and community partners to honor the legacy of President John C. Hitt and to celebrate the dedication of the new Partnership Complex which carries his namesake.

This event marks a significant milestone in the history of the University of Central Florida. The John C. Hitt Partnership Complex not only serves as a hub for university research and partners, but also recognizes the visionary leadership of Dr. Hitt, UCF’s fourth president.

“I continue to be so grateful for Dr. Hitt’s leadership and impressed by everything he’s achieved with UCF and throughout the Central Florida region,” Mayor Jacobs said during her remarks. “He took a small commuter school and transformed it into one of the largest and best universities in the nation, with more than 64,000 students enrolled.”

When Dr. Hitt began his tenure as President of UCF, one of his five key goals was to transform UCF into the nation’s leading partnership university. Dr. Hitt exceeded this goal, and the Central Florida Research Park is a great example of that.

“He created powerful strategic partnerships that played a vital role not just in catapulting the university, but also our entire region,” Mayor Jacobs added. “UCF is everywhere and has a hand in just about everything, which is incredibly beneficial not just for its academic programs, but also for its students.”

Dr. Hitt has been instrumental in fostering new collaborations with military, which has helped in growing Research Park, and also creating an attractive environment conducive to continued growth in vital industries including MS&T. That partnership continues today with the collaboration of the Metro Orlando Defense Task Force and the Orange County MS&T Blue Ribbon Commission, established in June 2013 as a coalition of community leaders and industry stakeholders that advocated for this high-value, high-wage industry of modeling and simulation in Florida.

Dr. Hitt announced his retirement from UCF in October 2017 concluding a remarkable 26-year tenure. Dr. Hitt has had a monumental and transformative impact on the Central Florida region and has created a culture that far exceeds the limits of this community. Dr. Hitt has served as UCF’s president since 1992, leading the university’s growth in quality and size from 21,000 students in 1992 to more than 66,000 today.

The Florida Board of Governors unanimously confirmed the selection of Dale Whittaker as UCF’s next president on March 29. Whittaker, who currently serves as UCF’s provost and executive vice president, will become the university’s fifth president on July 1.