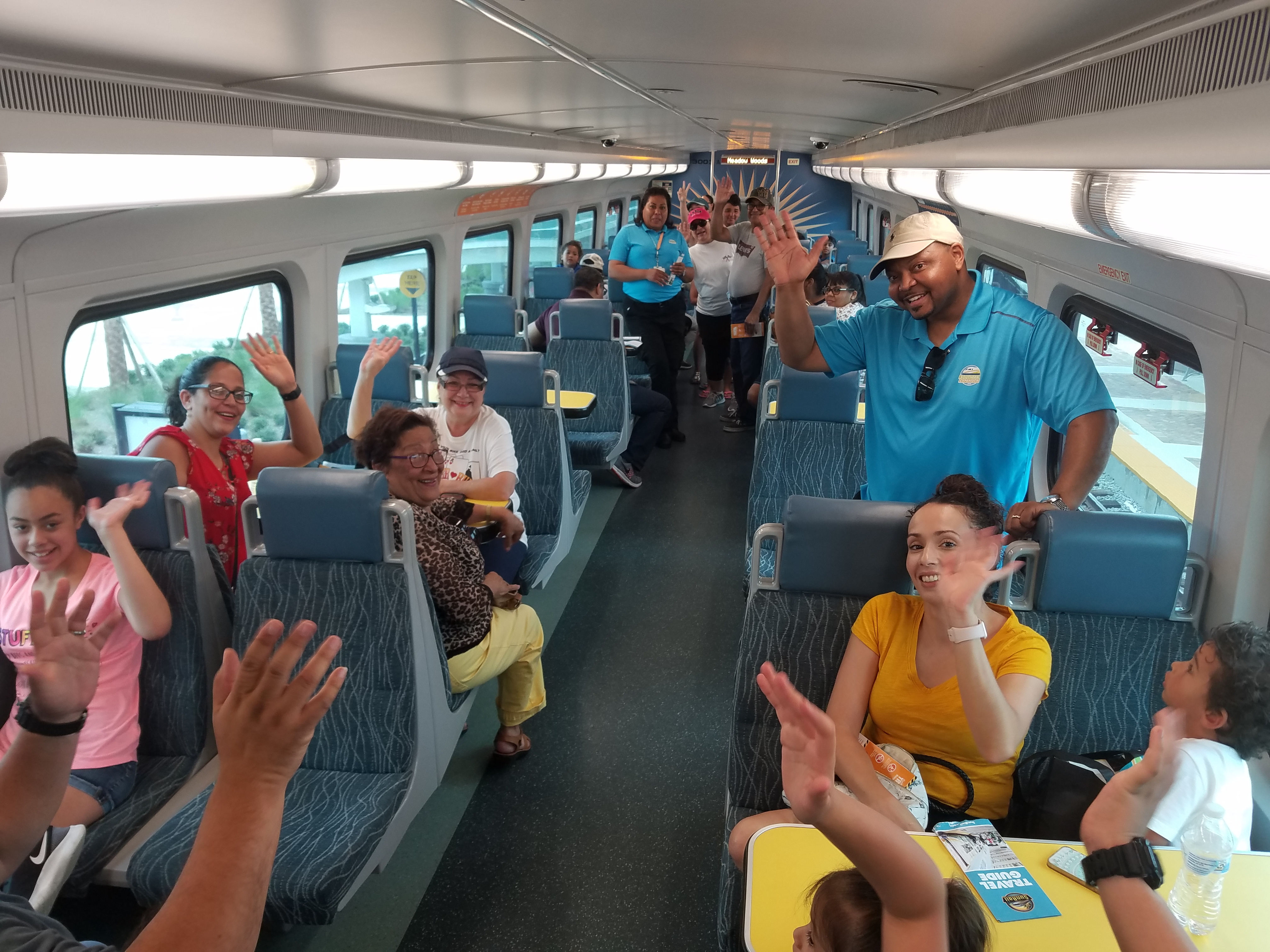 At the open house, prospective riders were introduced to the new station and its features, toured trains and discussed safety around rail platforms and train tracks. Representatives from reThink Your Commute and Central Florida’s bus systems LYNX attended the open house to assist riders with transportation and connectivity questions between SunRail and LNYX.

“SunRail is the perfect example of our local, state and federal partners bringing monumental transportation projects to our region,” Orange County Mayor Teresa Jacobs said. “This extraordinary high capacity transportation system is a benefit not only to Orange County, but also to Central Florida.”

To spur economic development, job creation and a continued superior quality of life, Mayor Jacobs is committed to leading a massive transformation of the County’s road systems, concurrent with collaborative regional efforts to rebuild Central Florida’s transportation and transit infrastructure.

Mayor Jacobs recently touted the success of the region’s extraordinary transportation system at her 2018 State of the County address in May. Over the next five years, the region will invest nearly $12 billion dollars in Central Florida’s massive transportation system with improvements to I-4, the opening of SunRail Phase 2, expansion of the Orlando International Airport and the completion of Orlando’s beltway, the Wekiva Parkway. Through Orange County’s $200 million INVEST in Our Home for Life program, more than 200 miles of local roads will also be constructed, improved, widened or rebuilt.

Currently, SunRail operates a 32-mile daily service that stops at 12 stations, Monday through Friday, from the DeBary Station in Volusia County to the Sand Lake Road Station south of Orlando.  A new schedule will begin on July 23 for all southbound and northbound trains. For more information about SunRail, including fares and station locations, as well as schedule and hours of operation, visit www.sunrail.com.