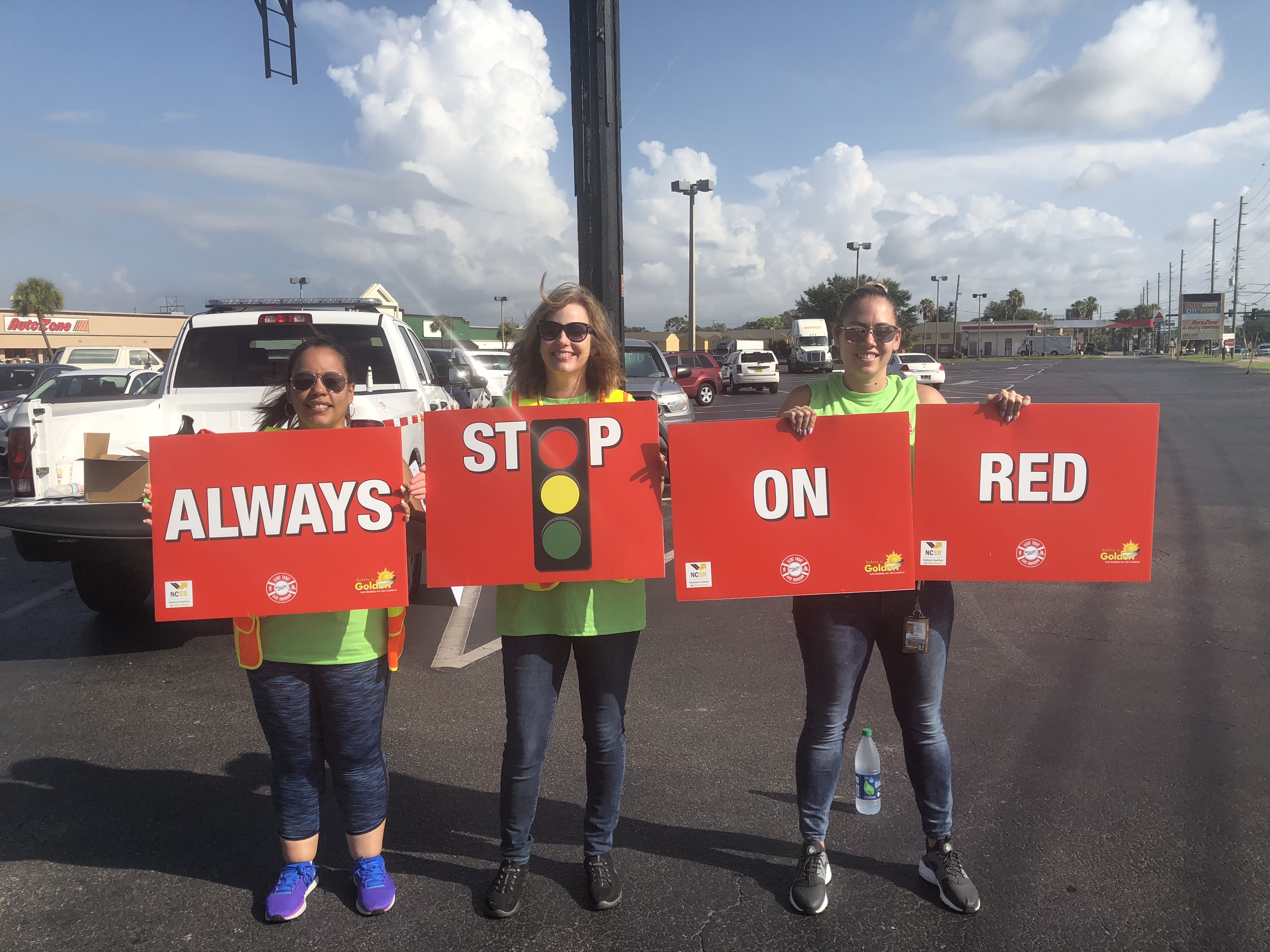 When Bradenton, Fla. resident Melissa Wandall was nine months pregnant in 2003, her husband was tragically killed by another motorist who was distracted and ran a red-light. That preventable tragedy, prompted Wandall to become an advocate for red-light safety and she championed the 2010 passage of the Mark Wandall Traffic Safety Act. Today, Wandall is president of the National Coalition for Safer Roads.

Wandall along with the Florida Department of Transportation (FDOT), were joined by Orange County Government and multiple partners on Aug. 10, 2018 at the intersection of Silver Star Road and Pine Hills Road to remind everyone to stop on red, including when making a right turn.

All of the agencies conducted an on-street safety outreach at the intersection of State Road 438 (Silver Star Road) and Pine Hills Road. This particular intersection is in an urban metropolitan area, which is close to the Pine Hills Trail and has seven LYNX bus routes, so drivers must be especially careful in this area because of additional pedestrians and bicyclists. Participants provided safety prizes and packets to those pedestrians who used the crosswalk properly and motorists who stopped on red before turning right at a crosswalk.

Orange County Public Schools recently welcomed more than 200,000 students back to school, so all motorists should use extra caution.

In fact, Mayor Jacobs earmarked $15 million from her INVEST in Our Home for Life initiative for pedestrian safety and intersection improvements. These improvements have and will continue to provide sidewalks, crosswalks, signals, turn lanes, updated signage and other necessary safety improvements.

“The reason for this important outreach with FDOT and our partners is to educate people and hold them accountable to help save lives,” said Wandall. “If a preventable red-light running tragedy happened in my life, it can happen in anyone’s life. Safety doesn’t happen by accident. Protect our most vulnerable residents and visitors and follow all the traffic laws.”

For more information on motorist, pedestrian and bicycle safety, visit www.alerttodayflorida.com and www.ocfl.net/walkridethrive.