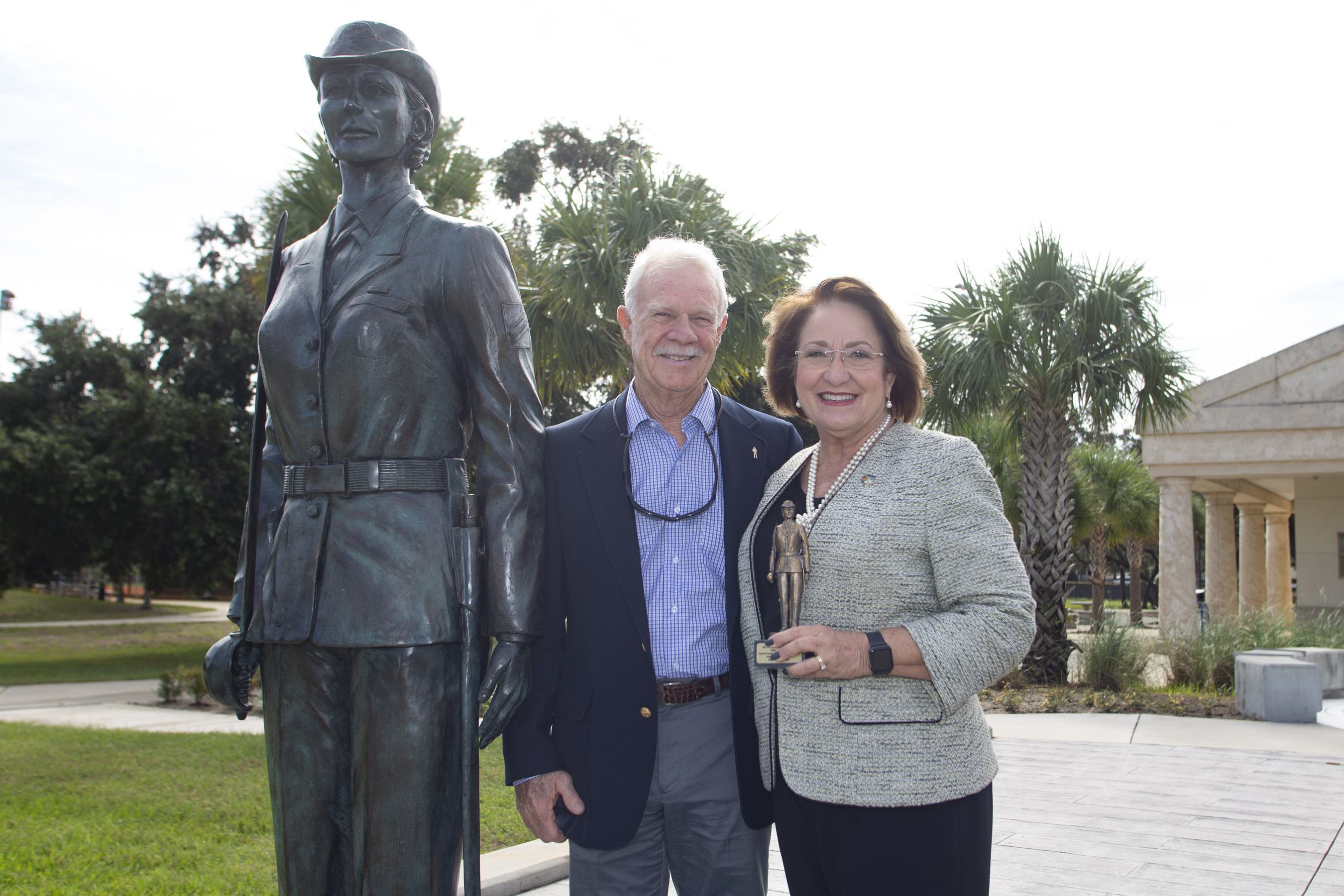 “It is truly an honor to celebrate the installation of this heroic symbol of our nation’s brave female enlisted sailors, and also to receive the beautiful replica figurine,” Mayor Jacobs said. “For more than three decades, Orange County has had a rich history and deep connection to the U.S. Navy and was home to more than 652,000 graduating Navy recruits. The Blue Jacket Recruit statues ensure that every service man and woman serving our country today knows how much we appreciate their legacy of service and their commitment to our great country.”

The Blue Jacket Recruit symbolizes the importance of the former U.S. Navy Orlando Naval Training Center as the nation’s first co-ed training center for the Navy. Unveiled in April 2018, the statue was dedicated to the more than 188,000 women who graduated from the training center and stands next to the Lone Sailor Navy Memorial statue in Blue Jacket Park.

For over 30 years, this site served as the Orlando Naval Training Center and was home to thousands of service personnel known as Blue Jackets. In 2000, the City of Orlando designated 75 acres of this historic site as a public park to serve its citizens with a special place for reflection and physical renewal. Blue Jacket Park, now home to the Baldwin Park community, is also a popular site for baseball, soccer and softball.

According to the Navy League, the Blue Jacket Recruit depicts a young woman recruit dressed in blues, ready for her graduation day. Chosen by her shipmates for a position of leadership, she stands at a pose of attention, with her gaze fixed upon the area of the former training center parade grounds. The Blue Jacket Recruit has earned the position of Recruit Chief Petty Officer and has faithfully led her company up to this most important moment.