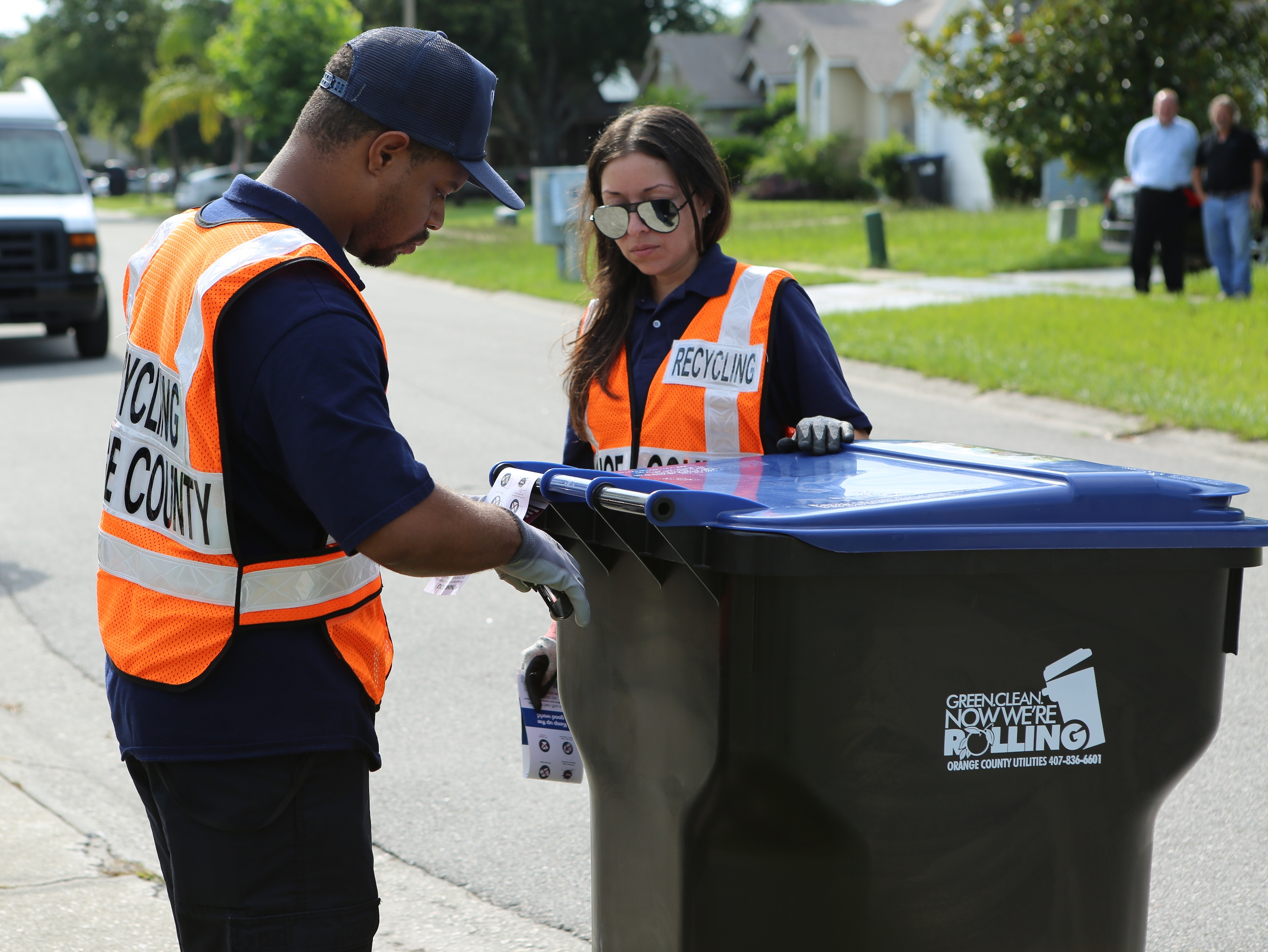 The purpose of the program was to provide curbside feedback about the quality of recyclables and to educate residents about recycling right. The goal was to increase the amount of material being processed at recycling facilities by removing plastic bags and other non-recyclables from the carts.

Each week of the study, which started in June 2018 and ended in August 2018, crews looked inside carts and left recycling feedback tags. Each cart was given a tag ranging from “Great Job” (near perfect), “Good Try” (a few recommended tweaks) or “Oops” (needs improvement) with guidance in English and Spanish.

Overall, two truckloads, for a total of 10 tons, from the neighborhood were recycled.

David Gregory, Solid Waste Manager for Orange County Utilities extended his appreciation to the Park Manor residents as well as the crews who tagged carts during the summer heat.

“This was a positive first step, but we still have more work to do,” Gregory said.

Of the tags issued, the program data showed:

Of the wrong items, by far, plastic bags continue to be the top wrong item in carts, followed by “Yuck” (garbage, food and liquids).

Gregory said the data gathered and lessons learned are essential for the next steps toward a recycling improvement countywide.

“Recycling industry standards have changed. We need to continue to look at the most efficient ways to improve the quality of the increased quantity left by the curb, and are committed to improving recycling in Orange County,” he added.

Next steps include: a possible second pilot area in early 2019 using only two tags (“Oops” and “Great Job”) and not collecting carts at addresses that continue to recycle improperly. Overall, the goal is to continue gathering enough data to determine bid specifics for a contractor to conduct a program countywide.

Orange County based its pilot off of similar recycling tagging programs in Atlanta, Chicago and the state of Massachusetts. For more information on recycling correctly and what you can do, please visit, www.ocfl.net/Recycles.