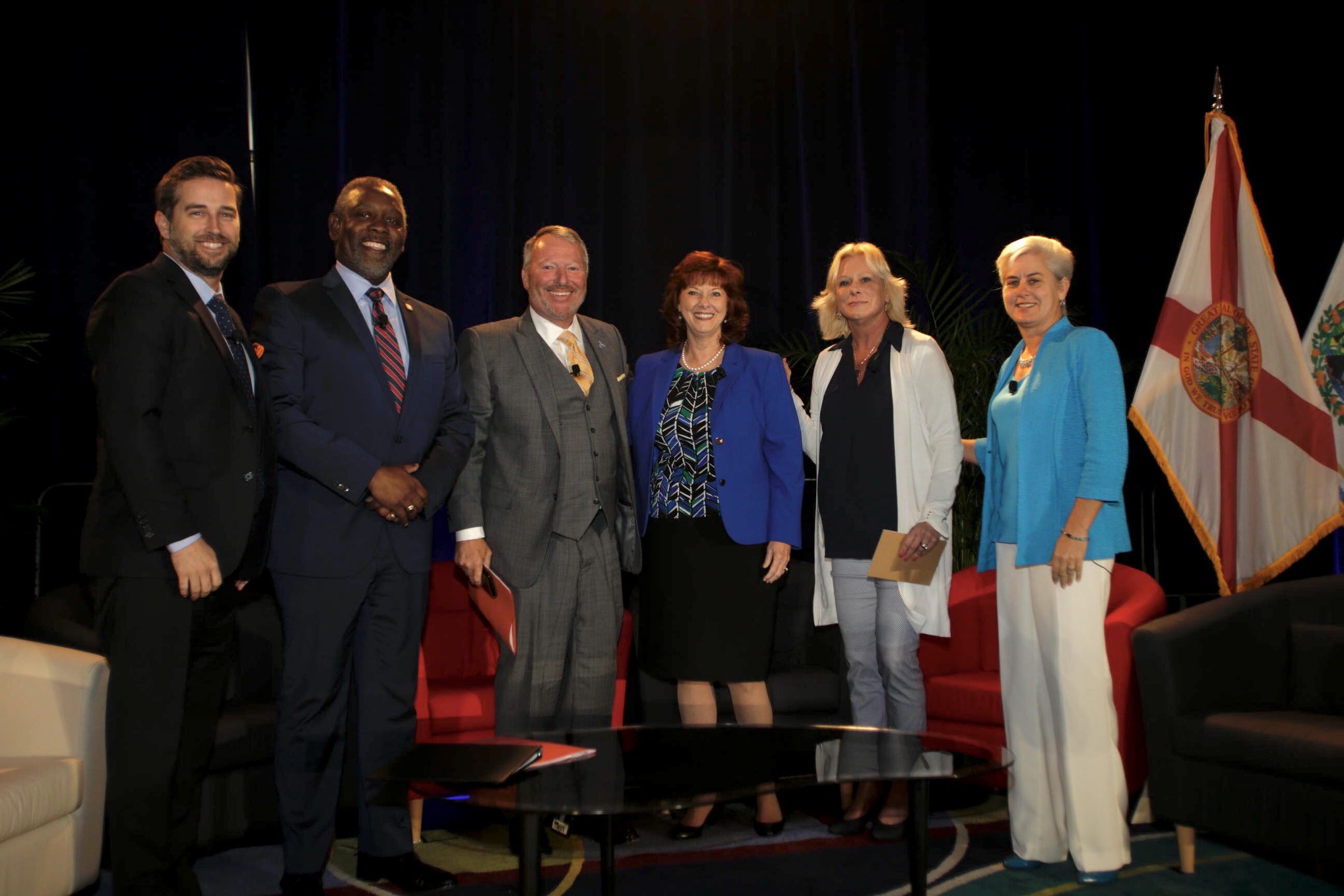 This year, hundreds of attendees and community leaders joined the Summit to hear about the region’s flourishing economy. Spectrum News 13 anchor Ybeth Bruzual presided as the event’s Master of Ceremonies.

“We want Orange County to be known not only as the premier place to do business, but a home for the entrepreneurial spirit and a hub for innovation. That starts with invigorating a culture of top-notch customer service in our Orange County Government operations,” Mayor Demings said during his remarks. “From the top down, we are evaluating our policies and procedures to help optimize the development process and seek out efficiencies. We must not forget that time is money for businesses.”

Panelists discussed Central Florida’s strong industry sectors, growing and expanding industries and the importance of regional mobility through transportation. Their priorities are nurturing and growing a regional ecosystem and developing Central Florida as a hub for innovative entrepreneurship providing high paying jobs and economic advancement for all residents.

Sean Snaith, Ph.D., director of the University of Central Florida Institute for Economic Competitiveness, provided his annual forecast. In additional to insight on federal regulation, he provided an overview for Florida’s strong economic standing and Central Florida’s continued prosperity.

“Our job projections are similar to the state but stronger and growing at a faster rate. Orlando continues to outpace Florida and the national economy,” said Snaith. “We are in a pretty good position.”

The award-winning Orange County Convention Center is the second largest convention facility in the United States. Each year the OCCC attracts more than 230 events to the Central Florida area. As a result, roughly 1.4 million attendees contribute approximately $2.4 billion to the area’s economy each year.