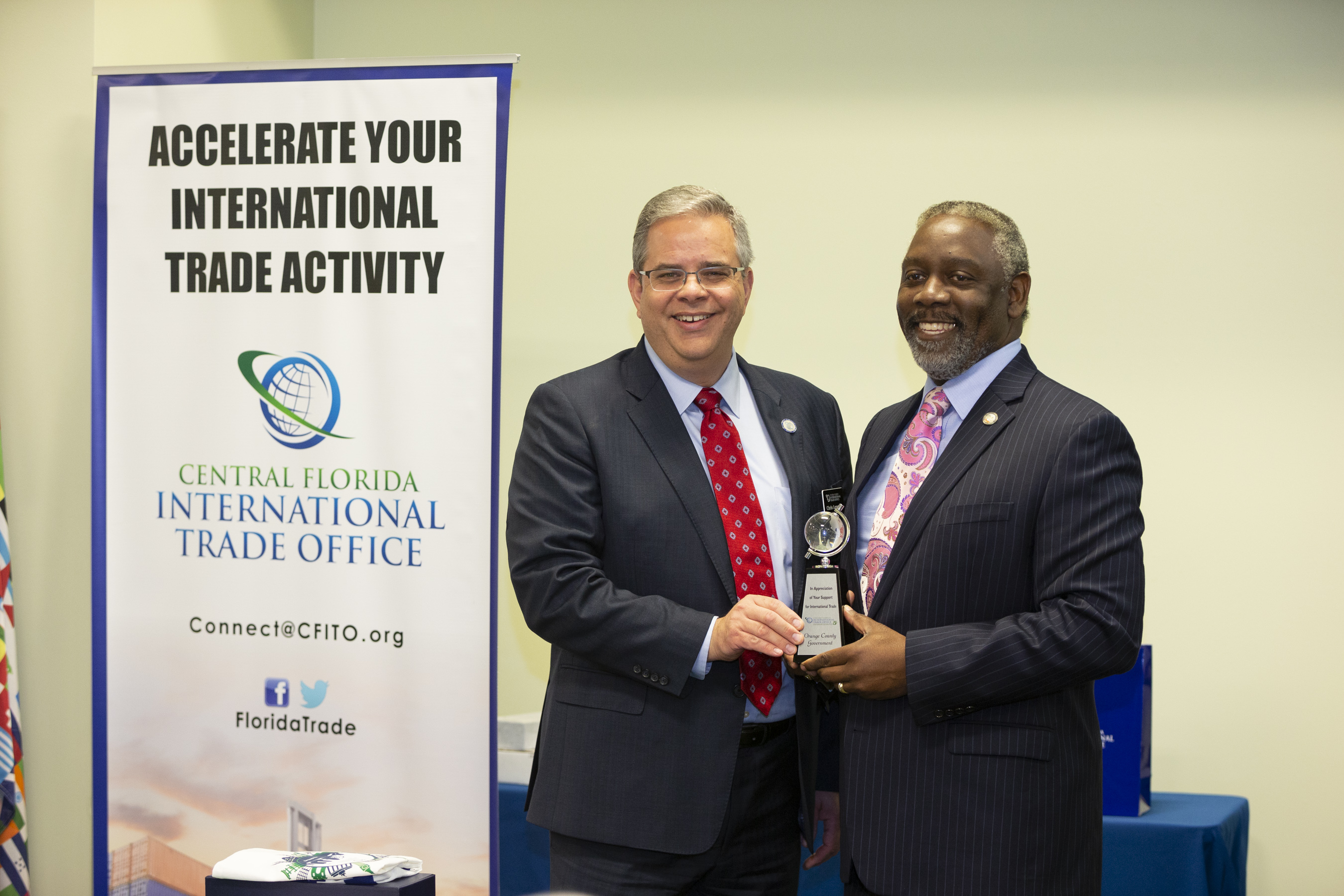 The Central Florida International Trade Office (CFITO) celebrated five years of successfully connecting local businesses to the global marketplace on April 18, 2019 at the National Entrepreneur Center. In late 2013, Orange County Government and JPMorgan Chase & Co. partnered with the National Entrepreneur Center to establish the CFITO. Soon after, the City of Orlando became a sponsor and together they have been providing support and funding for the office to assist local businesses achieve international connectivity.

“Orange County is proud to have been one of the founding partners of the Central Florida International Trade Office,” said Orange County Mayor Jerry L. Demings. “Marketing beyond the borders of the United States is an important element of a company’s strategy for growth and risk mitigation in a global economy. CFITO has been instrumental in connecting local businesses to global opportunities.”

After brief awards of appreciation to the sponsors, University of Central Florida Professor of Global Affairs and Director of the Center for Global Economic and Environmental Opportunity James Bacchus spoke on the importance of international trade to the American economy. After his address, attendees had the opportunity to connect with local, state and federal partner organizations for a Trade Fair highlighting the great resources available to support local businesses engagement with the global marketplace.

“The Central Florida International Trade Office is playing an important role as we continue to work to diversify our economy and add high-wage jobs to the region,” said City of Orlando Mayor Buddy Dyer. “We are proud to support the office and appreciative of its efforts to help small and medium-sized businesses access the world marketplace.”

International trade is critical to economic prosperity in Central Florida. With 95 percent of the world’s consumers and 75 percent of global wealth outside the U.S., exporting provides opportunities to create jobs through increased production; manage risk by servicing markets that are at a different point in the economic cycle; and improve their competitiveness through exposure to different consumers and new ideas. Imports are also an important part of the Central Florida economy as consumers gain access to innovative new products and foods, and local companies can become more competitive with access to products and services that reduce the cost of products manufactured in America.

“The CFITO has helped connect many local businesses to a world of opportunities, and we intend to make the next 5 years even better,” said CFITO Program Manager Chris Leggett.