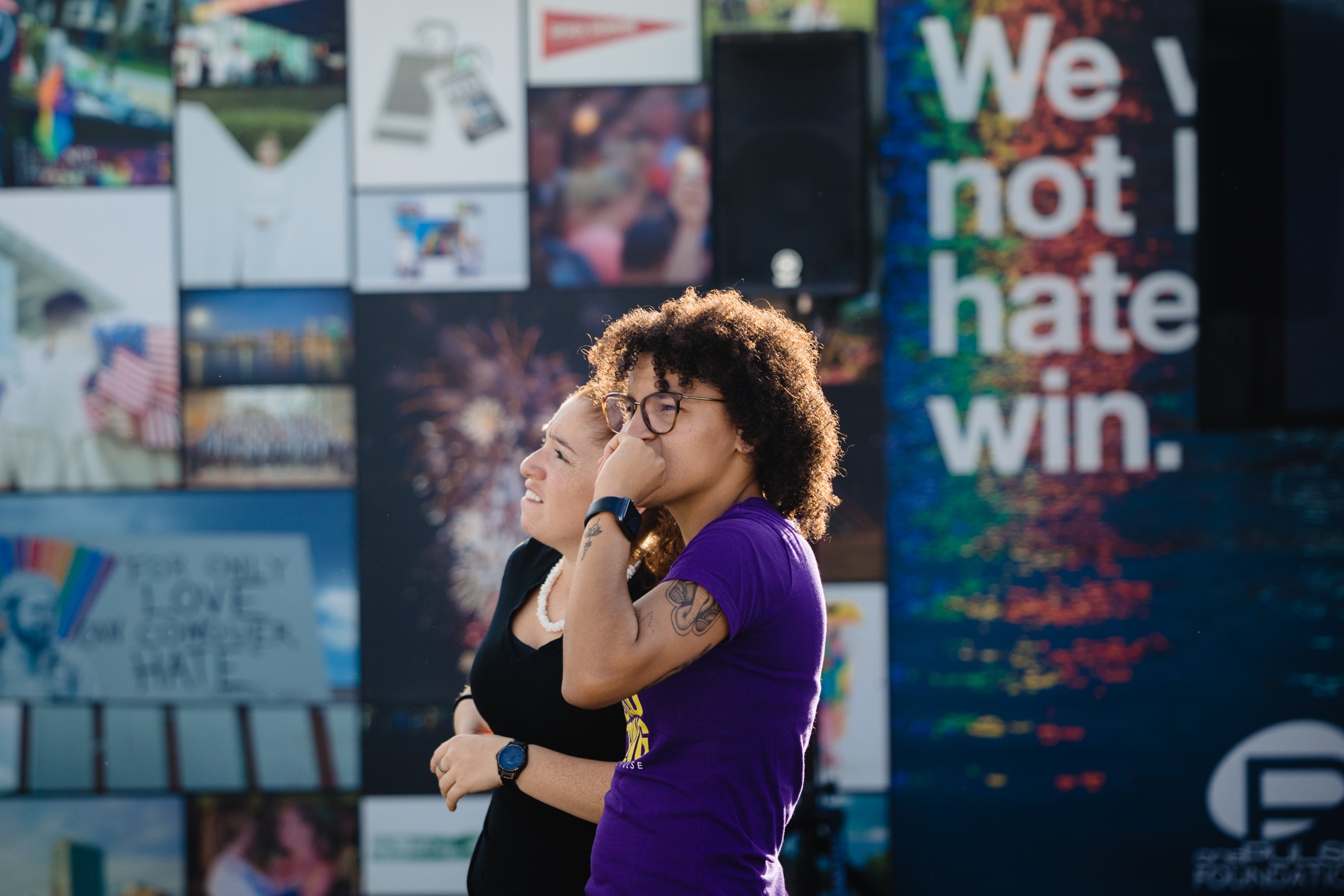 On the morning of June 12, 2016, many Central Floridians woke up to the news of the attack on Pulse Nightclub near downtown Orlando that led to the death of 49 people, as well as the countless individuals who were physically and emotionally injured.

During that tragic time, the Orlando region responded with love and kindness, proving to the world that love is greater than hate. In the aftermath of the Pulse attack, June 12 would forever be known as Orlando United Day. Three years later, the community’s culture of care and compassion is still strong.

Leading up to the 2019 annual day of remembrance, Orange County Mayor Jerry L. Demings encouraged County employees to participate in several events on Orlando United Day to honor the 49 lives lost. Employees observed a brief moment of silence, donated blood, volunteered at local non-profit organizations and participated in the One Orlando Alliance’s Acts of Love and Kindness campaign.

“This day is significant because it brings us together in solidarity and shows how we remain united as a stronger community,” said Mayor Demings. “We must not forget that the healing continues for our families and community even as three years have passed since the incident.”

Dozens of community organizations hosted events to honor the victims and families of the Pulse tragedy in their own way, including prayer events, 5K runs, community gatherings, public reflecting spaces and art installations.

On June 1, the Orange County Regional History Center debuted its new exhibition titled, Love Speaks: Artistic Responses to the Pulse Nightclub Tragedy. The exhibition, open through September 22, shares diverse artwork from across the nation that pay tribute to those who were taken and also inspire a better tomorrow for those who remain. Additionally, Orange County once again unfurled section 93 of the iconic Sea-to-Sea Rainbow Flag, a globally recognized symbol of the LGBTQ+ community, outside the County Administration Building. The flag will be on display until Monday, June 17.

On June 12, a respectful moment of silence was observed at noon following the worldwide 49 Bells Movement, when church bells around the world tolled 49 times in unison. Organizations and churches from all 50 states, as well as nine countries participated in the event.

That evening, hundreds of residents, guests, and community leaders gathered at the Pulse Interim Memorial for the annual remembrance ceremony. Hosted by the onePulse Foundation and Pulse Nightclub owner Barbara Poma, the public ceremony featured messages of love and kindness from survivors, families, elected officials and other LGBTQ+ and ally organizations. 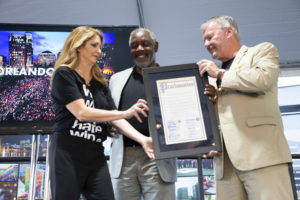 In his remarks to guests, Mayor Demings stressed the importance of creating more inclusive and welcoming communities, ones where hate, bigotry and discrimination are not tolerated, and all people are respected for who they are.

“As we move forward from the Pulse tragedy, we must remember to stand united, while we continue to build a community that works for everyone,” added Mayor Demings.