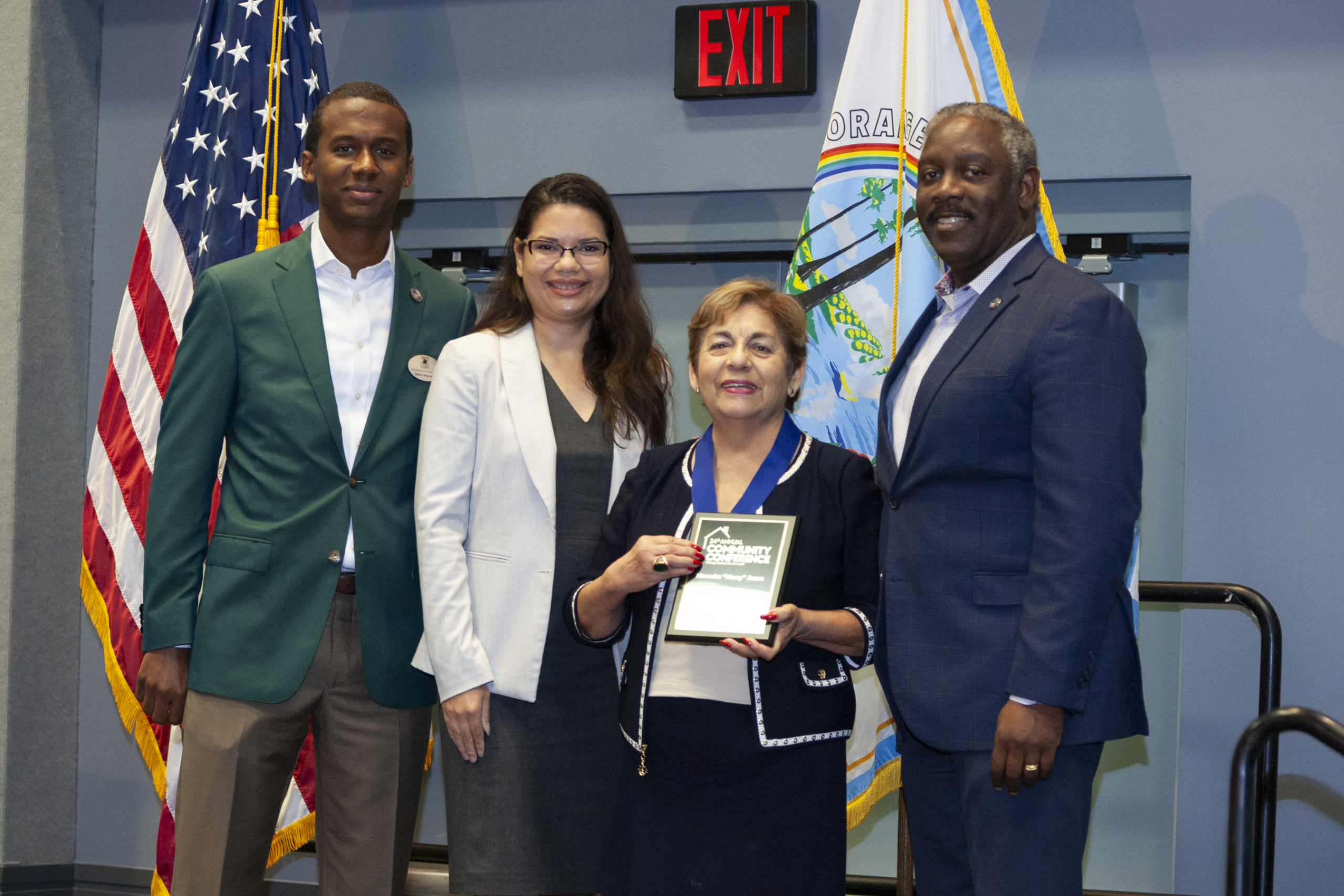 When Orange County resident Mercy James won the District 5 Citizen of the Year award at the 2019 Community Conference, she was honored and humbled, but for her it is about community leadership and helping others, something she has been doing for decades. Through her own self-motivation, she has always possessed a strong conviction to fight tenaciously for the rights of others.

James is founder and emeritus president of Los Amigos Unidos (United Friends), a non-profit created in Central Florida in 2006 to provide support to needy individuals worldwide, with emphasis on children, the elderly and the mentally ill, as well as those recently released from incarceration. The primary focus is on the homeless in Central Florida, Colombia, Mexico, El Salvador, and Belize.

“I’m inspired by justice, and I want everyone to have equal opportunities,” she said. “There are a lot of wasted resources out there, so my goal is to channel resources to the people who need it the most.”

James’ community involvement started decades ago. She organized the first Hispanic women’s business organization in Orange County 40 years ago and was the first to identify the need for such a group to advance the interests of Hispanic business women in the region. As a female entrepreneur in Orange County, she mentors others and stresses the importance of  integration.

“If we want to own successful businesses in this country, we have to acquire the knowledge of this culture, including economics, politics and business practices,” she asserted. “The key is to integrate properly and also share what we have to offer culturally, which is what makes regions culturally diverse.”

Carol M. Palacio, Orange County Economic Trade & Tourism Development, agrees with James and asserts that Hispanic women entrepreneurs are an important part of Orange County’s economy. In fact, 60 percent of Orlando’s Latino population is female, and many have entrepreneurial aspirations.

“Orange County is proud to support the growing number of women-owned Hispanic businesses,” said Orange County District 5 Commissioner Emily Bonilla. “The local economy is composed of mainly small companies, so entrepreneurs play a pivotal role in our economic development ecosystem – and Mercy James is an exceptional citizen in District 5.”

James believes women business owners usually go into business because they care and want to give back to the community. Men do as well, she adds, but women are more willing and open to feeling empathy for others.

“Having female entrepreneurs and leaders is imperative to a healthy society,” she stated. “If I can help young Hispanic women navigate owning a business in this region, I feel like it benefits the entire community.”