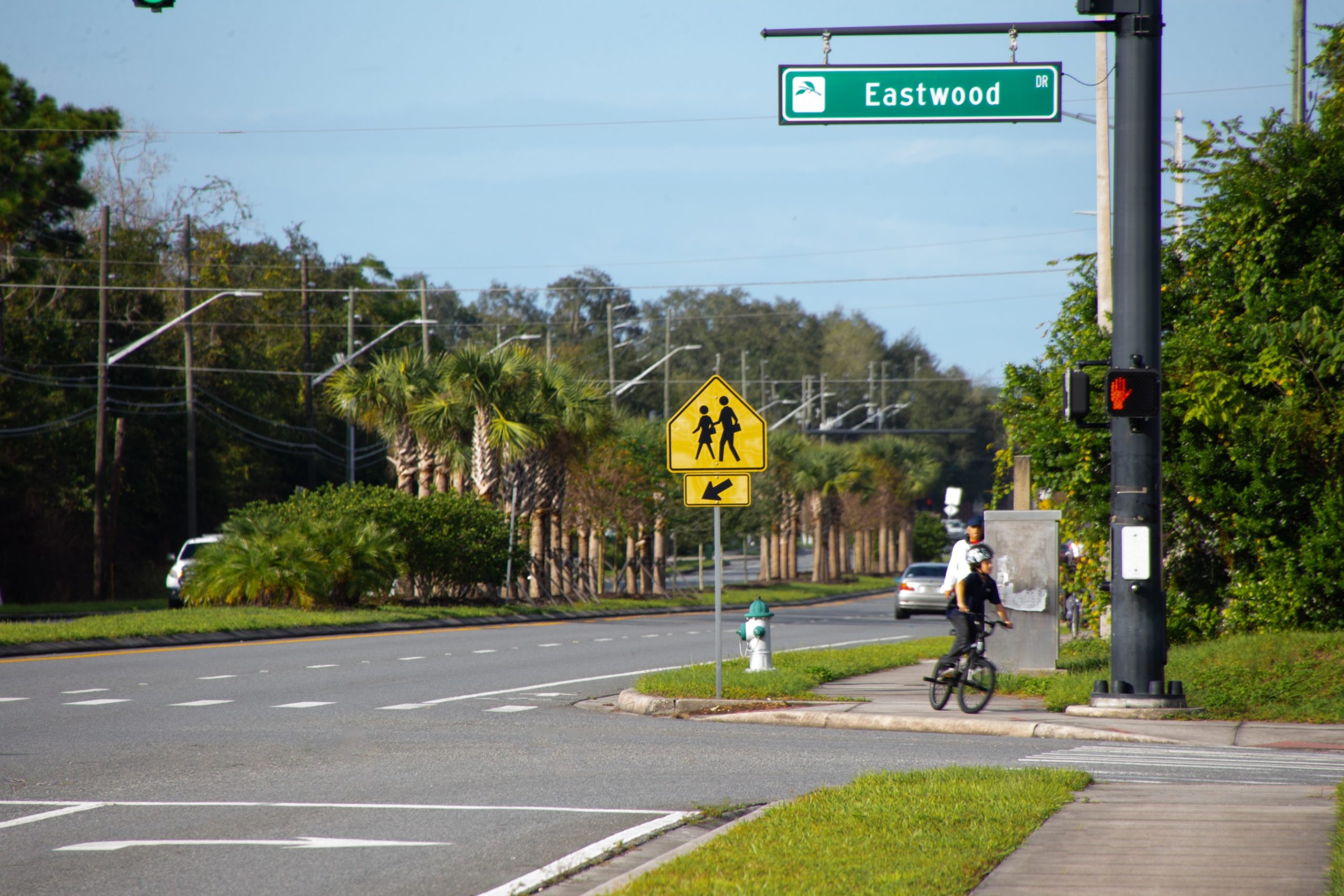 It’s a frightening sight: a car or truck speeding through school crossings with students nearby. Based on complaints from parents and school officials, Orange County Public Works Traffic Engineering Division recently conducted evaluations at some of the most dangerous school crossings.

The results? Raised crosswalks were installed as proactive remedy. The division used funding from its safety budget to install the crosswalks around various Orange County Public Schools.

“We always want to be proactive from a safety perspective,” said Lauren Torres, project manager, Orange County Public Works Traffic Engineering Division. “The installation of raised crosswalks as an additional safety feature creates a safer and more comfortable pedestrian crossing environment, so this was something we wanted to get done right away.”

According to the Federal Highway Administration, raised crosswalks reduce pedestrian crashes by 45 percent and serve effectively as a traffic calming measure by bringing the crosswalk from a street level to a sidewalk level. They also make the pedestrian more prominent in the driver’s field of vision, reduce vehicle speeds and improve motorist yielding to pedestrians within the elevated crosswalk.

“We started looking at locations where we’ve had concerns in the past,” added Torres. “We went back to look at some of our Title 1 schools, which are in poverty-level neighborhoods and where most of the kids walk to and from school. Protecting these children was our No. 1 priority.”

Once construction on the crosswalks began, it became clear some of the existing ramps were in need of upgrades, so Traffic Engineering made some additional ADA (Americans with Disabilities Act) enhancements. It only took three to four days to complete each crosswalk, which were installed at the following locations:

The project was funded through the County’s Traffic Calming Program, which focuses on speed bumps and other traffic safety tools.

For more information on the raised crosswalk initiative or for other traffic safety concerns, contact Lauren Torres directly at lauren.torres@ocfl.net or by calling 407-836-8682.