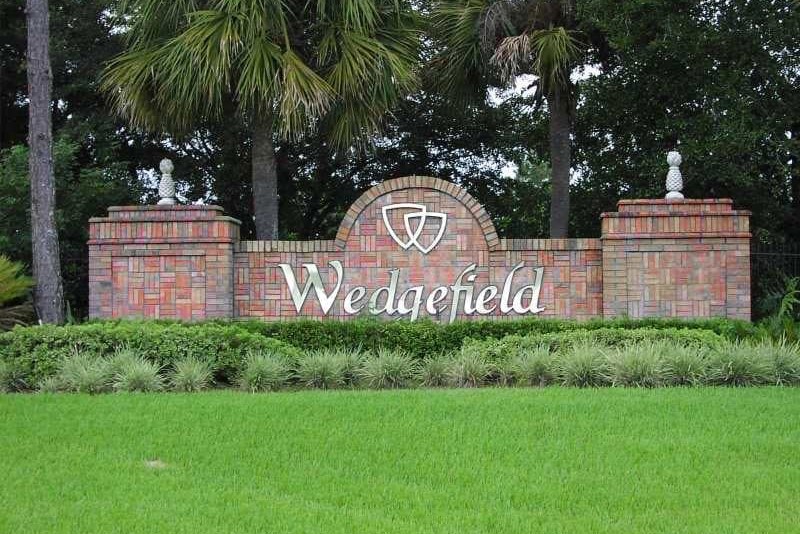 From Boom to Bust to Boom Again, the Community of Wedgefield Has Come Full Circle

The history of Wedgefield is filled with twists and turns. A small community located 23 miles east of downtown Orlando, its origins are directly linked to the U.S. space program. Initially called Rocket City and sometimes referred to as Cape Orlando, it was originally intended for employees of NASA. Planned as a 20,000-acre development that would supply housing for Kennedy Space Center employees, the area grew rapidly in the early 1960s.

When President Lyndon Johnson moved the space industry to Houston, the boom went bust and Rocket City floundered. In the early 1970s, John D. MacArthur, the late billionaire insurance magnate and land developer from South Florida, tried to revive the community as Cape Orlando, but without much success. This changed when the Cape Orlando Corp. took over development in early 1983 and changed the name to Wedgefield Golf & Country Club to help present a new, more upscale image.

Today, Wedgefield is a golf and country club community inhabited by 2,700 people, most of who commute to either Titusville or Orlando to work. Spread over 6,500 acres, it serves the Space Coast’s burgeoning commercial space industry,  which is bringing back high-paying tech jobs to an area hit hard by the 2008 recession and the 2011 retirement of NASA’s space shuttle program.

“Wedgefield is a very unique community. It really is an example of what a community can become when there are residents who are dedicated to making it work,” said Orange County District 5 Commissioner Emily Bonilla.  “I enjoy participating with them in neighborhood clean-ups, movie in the park, and other events. It is a place where everyone can come together and enjoy each other’s company. Of course, no one celebrates Halloween like Wedgefield!

“I really enjoy the rural atmosphere here, plus being the owner of the golf club has afforded me every opportunity to get to know everyone in the community,” he said. “Combine this with the ease of travel this area provides to both the beaches and Orlando, and I wouldn’t want to live anywhere else.”

Built as the centerpiece of the community, the golf course and restaurant acts as a community center. It serves as the voting station, emergency center and recreation area for the entire community. “It all happens at The Wedge Bar and Grille,” asserted Cooke.

With the infrastructure of Orlando expanding east and the resurgence of the aerospace industry on the Space Coast, Wedgefield is well positioned to be one of Orange County’s most desirable communities for years to come.