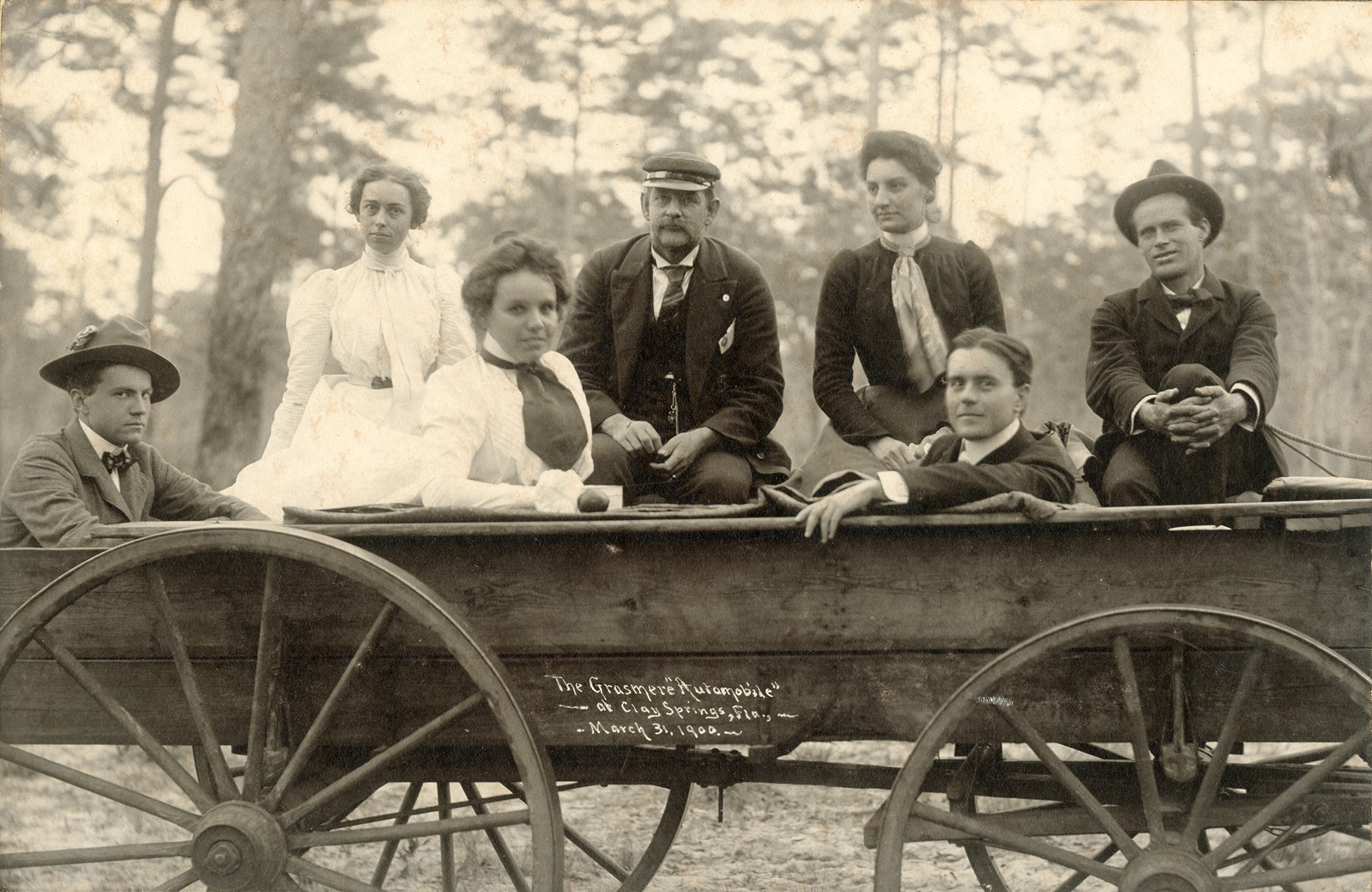 During the 1880s, the expansion of the railroad brought settlers to Orange County in droves, causing a population boom and the development of several settlements and towns along waterways and railroad tracks. Sawmills and railroad depots sustained these communities, and many played important roles in the region’s development.

For a while, most of these communities flourished thanks to the citrus and logging industries, but the Great Freeze of the mid-1890s was an economic deathblow for many of them. Some communities disappeared without a trace, while others are identifiable today only by their road signs or subdivision names.

“Early settlers to this region came because of the warm weather and these specific industries,” said Pamela Schwartz, Executive Director, Orange County Regional History Center. “Back then, all a town needed was a sawmill and a general store to exist, but one bad freeze or economic downtown could signal its downfall.”

The following communities, which no longer exist, were once part of the Orange County landscape:

Founded primarily by New Englanders between 1885 and 1886, Bay Ridge was about three miles northeast of Zellwood. Settlers here were skilled in carpentry, plaster work and cistern building, but sometime after 1912, the sawmill burned down, and the town never recovered.

Founded sometime before the Civil War and located three miles south of Winter Garden, Beulah was known for the region’s first schoolhouse and first framed courthouse. Possibly because of the economic downturn prior to the Great Depression, the community was gone by the mid-1920s.

With a wharf and a warehouse, Clay Springs was home to a few residents before the Civil War and once competed with Apopka as the area’s political center. The town, which once had a large tourist hotel called Tonyawaha (meaning “healing waters”), eventually disappeared off the map.

An African American community located east of Chuluota, Curryville operated as a turpentine camp in the 1910s and 1920s. Sawmill operators eventually took the place of the turpentine stills, and the community adapted for a while, but Curryville could not sustain residents after the sawmills closed.

Founded in 1886, Gainesboro was located about two miles east of Zellwood and boasted a nursery (where sour root stock was sold), a general store and a Presbyterian church. It was home to a sawmill, several citrus groves and a turpentine still, but it vanished by the 1920s because of the economic downturn.

By 1885, Grasmere had its own post office and train station, but its legacy today is school busing. Grasmere and Plymouth students were the first to be “bused” by a horse-drawn wagon to school in Apopka. As transportation improved, the need for separate communities within short distances diminished. Plymouth survived; Grasmere did not. 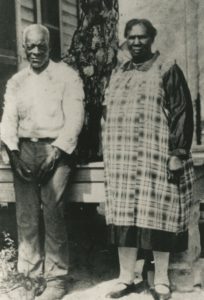 Sam and Penny Jones, the original settlers of Jonestown.

Orlando’s first African American community, Jonestown was named after its first settlers, Sam and Penney Jones. Located on the east side of Orlando, the community’s homes had porches, tin roofs, vegetable gardens and yards for chickens. In 1904, Fern Creek swelled, and a sink hole caused major flooding in the community. City officials had Jonestown demolished in 1941 following another devastating flood.

The Markham settlement near Wekiwa Springs was settled in 1875 by African Americans and had a post office. The Sanford and Lake Eustis Railway served the area, as did the Overstreet Turpentine Company. Today, the land is vacant where the church and cemetery once stood, and the town has been absorbed into the state park system.

Founded in 1875 by settlers from Manchester, New Hampshire, the town grew and by 1882 had a school built for $500 that was admired by settlers from neighboring communities. By 1925, however, Merrimack ceased to exist.

Founded by Swedish settlers on Christmas Eve in 1877, Piedmont prospered, with more and more Swedes settling there. By the mid-1880s, the town had a schoolhouse and general store, and it was served by two railroads. It survived the freezes of 1894-95, but, due to a variety of reasons, Piedmont no longer existed on most local maps by 1941.

For more information on the early towns and communities of Orange County, and to see fun and educational historic exhibits, visit the Orange County Regional History Center.

Source: Historic Orange County: The Story of Orlando and Orange County; a Publication of the Historical Society of Central Florida, Inc.

Header photo cutline: A group of Grasmere residents in a cart at Clay Springs in 1900.