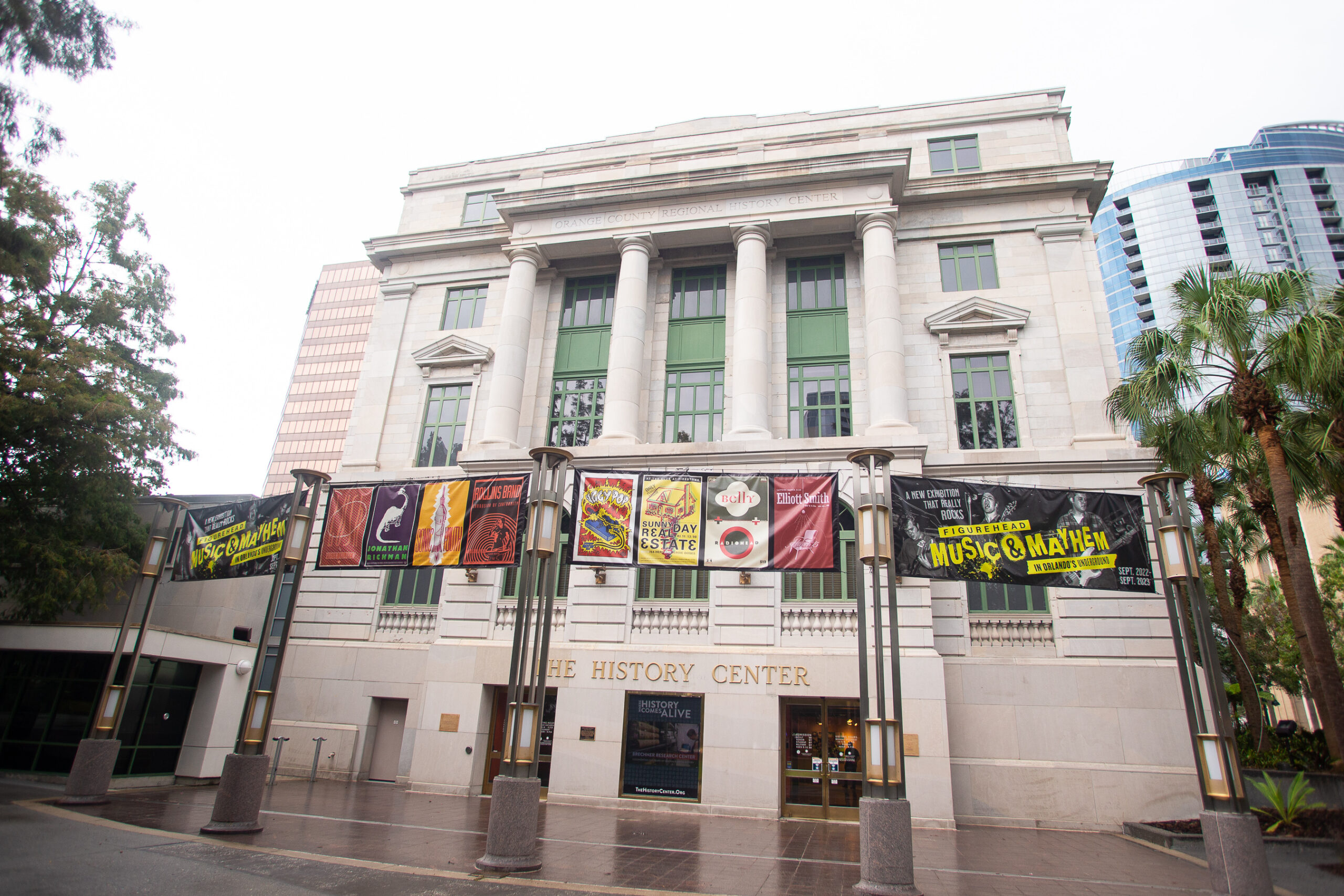 Between 1985 and 2001, the Orlando concert promoter Figurehead invigorated the musical landscape in Central Florida. The Orange County Regional History Center’s special exhibition, Figurehead: Music & Mayhem in Orlando’s Underground, which will run through September 2023, tells the story of how the company helped grow the local scene with a focus on underground rock music and the club circuit.

“Jim Faherty was the head of Figurehead, a company known for putting on concerts of artists who would later become big as part of the alternative music explosion of the late 1980s and early 1990s,” explained Jeremy Hileman, assistant curator, Orange County Regional History Center. “Some great artists came through Orlando during that time period because of their efforts, and we wanted to recognize that unique time in the city’s history.” 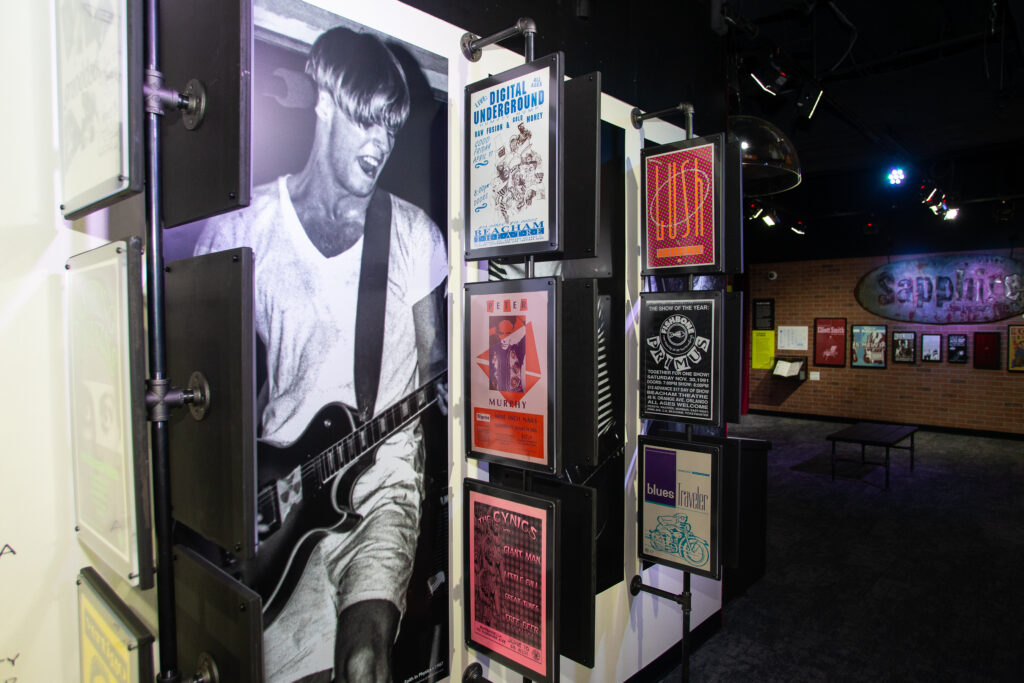 Hileman originally reached out to Faherty because at one point he managed Dante’s, which later became Pulse Nightclub, and Hileman wanted to get an oral history detailing his memories of the building. Faherty also ran the Sapphire Supper Club, which became a landmark in downtown Orlando and later became The Social. The conversation expanded, and Faherty shared how he realized the bands he saw in the Northeast were not coming to this area and how he wanted to change that.

“They worked to book national bands and also grow the local scene so they would feed off each other, and by the late 1980s, the music scene began to blossom and diversify,” said Hileman. “Many of the early acts he booked were punk rock, but it evolved into this eclectic underground, alternative scene.”

Faherty wound up donating nearly 600 posters, as well as photographs and record label memorabilia (LPs, CDs, etc.) for the History Center to have in its permanent collection. Part of the exhibit attempts to explain what an independent concert promoter does, which includes behind-the-scenes efforts that most music fans tend not to think about. The exhibit is not a biography of one person, but Faherty is the common thread through it all.

“This piece of Orlando history, which was very influential from a musical and cultural standpoint, can easily be overlooked, so we wanted to tell the story and show people it was a huge part of the local social scene for an entire generation,” said Hileman. “It’s an important history to share, especially because there was so much going on back then. It was a unique time, and one that influenced the region moving forward. In a practical sense, much of what exists now in the music community today can be tied back to that time period.”

The exhibit provides a glimpse into what made this time so memorable — the bands and the clubs, the community and the chaos. For more on the exhibition and related programs, visit the History Center’s website.