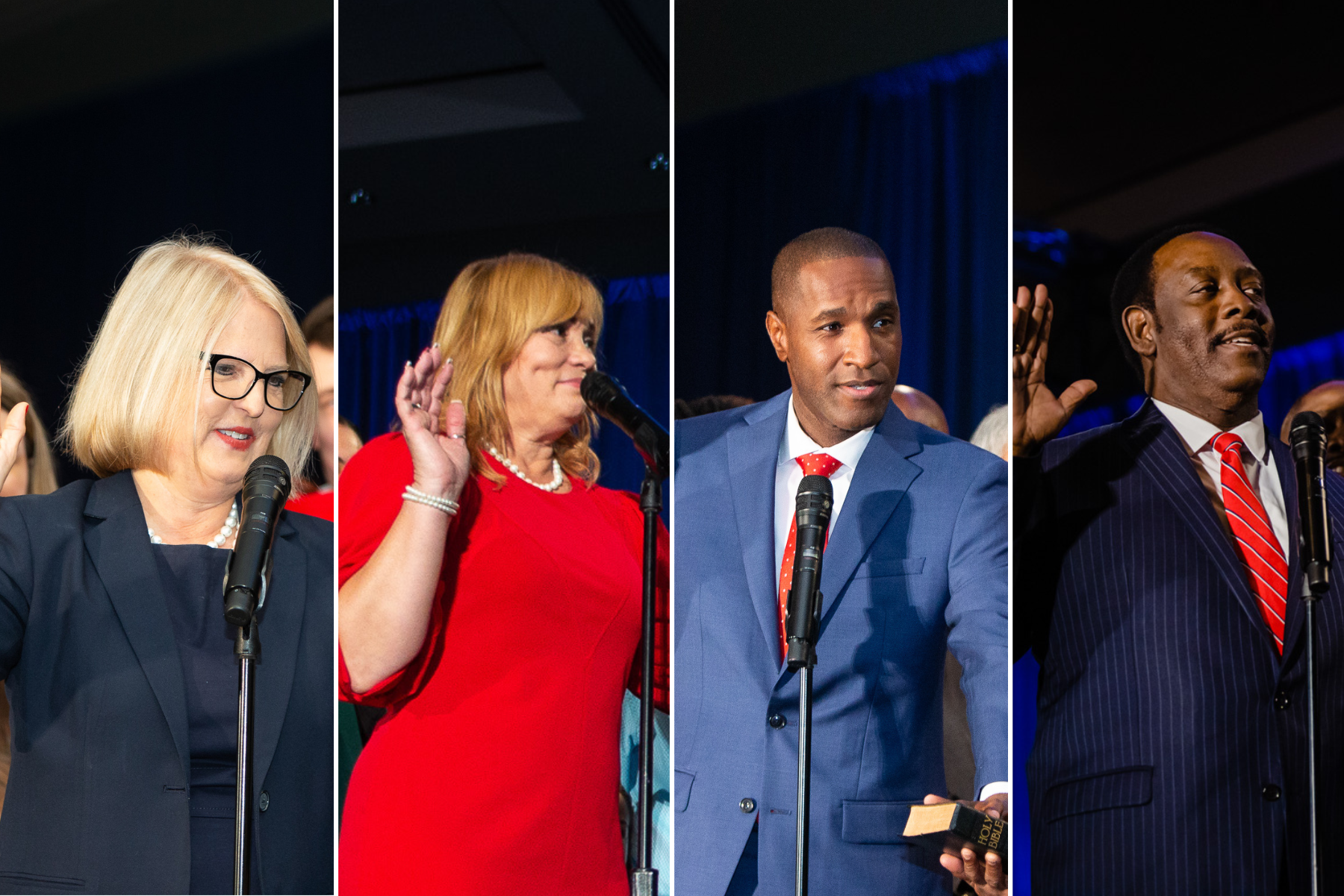 Several community groups were featured during the Oath of Office Ceremony. Gotha Middle School Concert Choir provided pre-ceremony entertainment and sang the national anthem. The Pledge of Allegiance was led by Ananya Srinivas, a local Eagle Scout from Troop 4613. The invocation was given by Rev. Gabriel Salguero of The Gathering Place ministry in Orlando.

Moore won the District 2 election during the Florida Primary and was re-elected to serve her second and final term on the Board of County Commissioners. She represents residents living in the City of Apopka, City of Ocoee, as well as the historic neighborhoods of Zellwood, Lockhart and parts of Pine Hills. She was sworn in by the honorable Judge Alice L. Blackwell of the Ninth Judicial Circuit Court of Florida.

“I’m proud of what the Board and the County have accomplished over the last four years by supporting affordable housing projects, investments in natural lands, upgrades to parks and 1,600 septic-to-sewer conversions to protect our springs,” said Moore. “I want to grow and develop healthy, beautiful and meaningful communities, as I believe the stronger our neighborhoods are, the more successful we’ll be.”

Gomez Cordero also earned her second and final term to the Board of County Commissioners, winning the District 4 run-off election in November. The District includes areas of the City of Orlando and neighborhoods in Waterford Lakes, Meadow Woods, Lake Nona and Avalon Park. She was sworn in by Rev. Rochester Alvarez of Casa Del Alfarero in Orlando.

“I’ll continue advocating for the best interests of the community,” asserted Cordero. “As public officials, we’re here to serve the people, and I’m committed to looking after quality of life for working families and ensuring that as our community continues to grow, nobody is left behind.”

Scott won the District 6 run-off election in November. He will serve his first term on the Board of County Commissioners, representing residents living in areas of the City of Orlando and neighborhoods in Pine Hills, Metro West, Oak Ridge, Tangelo Park, as well as the International Drive District. He was sworn in by the honorable Judge Alicia L. Latimore of the Ninth Judicial Circuit Court of Florida.

“As District 6 commissioner, I’ll put in the time with you, and for you, to highlight our community’s successes and work together to resolve our challenges,” said Scott. “I’ll work to build bridges where none exist and advocate for new ideas and pathways that will help all of us succeed.”

According to Orange County’s Charter, the mayor serves as the CEO and Chair of the Board of County Commissioners and is elected during a county-wide election. Mayor Demings won his election during the Florida Primary and was re-elected to serve his second and final term as the Mayor of Orange County.

“I’ll continue to work for all residents of Orange County, regardless of race, social status, political affiliation, gender, sexual orientation, religion or any other descriptor,” stated Mayor Demings. “When I reflect on the last four years, there were many historic, once-in-a-lifetime events. I’m excited about the opportunities the next four years will present to us as we take Orange County to the next level.”

Mayor Demings provided highlights during his first term as mayor and laid out a brief framework of his hope for the next four years with the Board of County Commissioners. He also gave a nod to the holiday season and offered support to families affected by recent storms by previously encouraging each attendee to bring a new, unwrapped toy to the ceremony or by purchasing a toy from Orange County’s virtual toy shop as part of the Mayor’s Holiday Toy Drive.