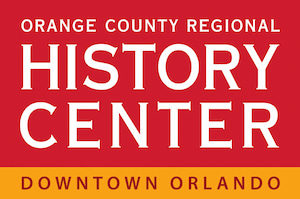 Orange County, Fla. –  June 12, 2019 – A June 21 ceremony in downtown Orlando will unveil a historical marker honoring July Perry, who was lynched on Election Night 1920 during the Ocoee Massacre — one of the South’s deadliest outbreaks of racial violence.

After the unveiling, Stevenson will speak at the Orlando Public Library, 101 E. Central Blvd. A widely acclaimed public-interest lawyer and author of the 2014 book, Just Mercy, Stevenson and his colleagues have won reversals, relief, or release for more than 125 wrongly condemned prisoners on death row.

The marker honoring Perry is part of the Equal Justice Initiative’s Community Remembrance Project, which recognizes victims of lynching in the United States between the end of Reconstruction in 1877 and 1950. “Lynching created a fearful environment in which racial subordination and segregation were maintained for decades,” the EJI website notes. It “reinforced a legacy of racial inequality that has never been adequately addressed in America.”

The failure to address the legacy of lynching is ours to correct, as one of the worst racial massacres took place in Orange County, Florida on Nov. 2, 1920.  On Election Day 1920, white men in Ocoee chased Moses Norman, a local black land-owner, from the polls after he attempted to cast his ballot. After nightfall on Nov. 2, newly deputized white men came to the home of July Perry, also a black landowner, in search of Norman. After shooting broke out between those in Perry’s home and the posse, the house was set ablaze, and Perry was captured and taken to the jail in Orlando.

In the early morning after Election Day, a group of white men took Perry from his cell, near present-day Heritage Square, and hanged him in Orlando. He is buried in the city’s Greenwood Cemetery. That same night a mob stormed into Ocoee and burned black-owned homes, churches, and a fraternal lodge. In some cases, members of the mob gunned down black families as they fled the flames. In the following weeks and months, local whites forced every black resident in Ocoee to relocate marking one of the nation’s most egregious cases of land dispossession in the 20th century.

In the past, few public memorials have addressed the nation’s history of lynching, and most victims such as Perry have never been publicly acknowledged. “Such acknowledgement is part of a path toward healing”, says Amy Lalanne of the Truth and Justice Project. “We are working to create a more hopeful, collaborative, and just society for every person in Orange County, Florida.”

In addition to EJI and the Truth and Justice Project, the marker unveiling ceremony is sponsored by Bridge the Gap Coalition, the City of Orlando, Orange County Government, the Orange County Public Library System, and the Orange County Regional History Center. For more information, please contact Josie Onifade Lemon Allen, 321-418-6001, or josie@bridgethegapcoalition.org.