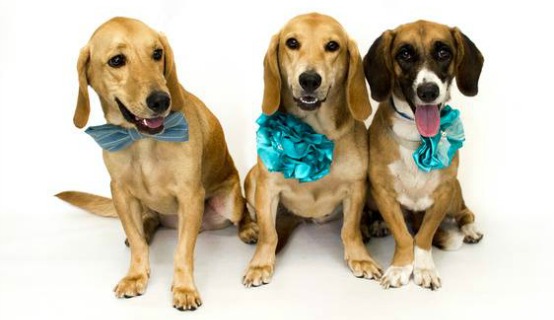 Orange County Animal Services has reached record high adoption numbers for each of the past three months. The shelter initially hit a record high adoption month in June with 569 pets adopted. The success continued in July with 646 adoptions and through August with 693 adoptions. Last month, 364 dogs, 322 cats and seven smaller pets— including rabbits, guinea pigs and ferrets— left the shelter with new “forever families” resulting in a total of 693 adoptions. This is the highest number of adoptions in the shelter’s history and tops August 2013 by 63 percent.

“Quite a few changes have led to this summer’s success,” Division Manager Dil Luther said. “Creativity and exposure on social media are two of the key elements that gave the shelter a boost.”

Most recently, a video of one of the shelter dogs taking part in Facebook’s trending ALS “Ice Bucket Challenge” was posted, which garnered 169 likes and more than 50 shares. Videos of special needs pets, like the three-legged cat Silus, have also been posted on Animal Services Facebook page, which has helped these adoption candidates gain the attention they needed to find a home.

In the Spring, the shelter achieved national success with a Good Morning America spotlight. A spunky kitten appropriately named Turkey came to fame because of its adorable gobble-like sound. What started as just a lighthearted Facebook post on the Animal Services page caught the attention of the morning show and quickly gained popularity around the world. That exposure eventually gained the attention of more than 80,000 people online. See the video of Turkey.

In addition to the use of social media, the center credits the photography that is generously donated by Pawsitive Shelter Photography. The photographers have a knack for capturing the “personalities” of the pets. This group volunteers at the shelter twice a week and is able to take wonderful photos with the help of tasty treats and squeaky toys.

Many potential families are drawn to the shelter due to the unique adoption promotions that are often offered. Adopters have flooded the shelter on days such as “Cinco de Meow” and “Cat-lumbus Day” to adopt a feline at a reduced rate. Animal Services also has a “Waggin’ Wheel” that is used occasionally to reduce rates as well. Citizens can try their luck, spin the wheel and receive a reduced pet adoption fee. The “Hot Dogs and Cool Cats Adopt-a-thon” held in May was the shelter’s most successful in its 40-year history with a whopping 140 animals adopted in just one day.

In addition to these creative promotions, the shelter has also found success in being open seven days per week and removing animal breed descriptions.

“Many of the dogs and cats that enter our shelter are found as strays and most of them are mixed breeds,” Luther said. “By omitting our breed estimations, we prevent stereotyping, and therefore encourage citizens to adopt based on personality.”

As Central Florida’s largest pet rescue and adoption center, Orange County Animal Services receives more than 20,000 animals annually. For more than 40 years, the agency’s mission has been to protect the citizens and animals of Orange County. Its vision is to give abandoned and neglected pets a second chance to live long, healthy lives in safe, loving homes.

“Thanks to our wonderful staff and more than 200 volunteers, we are able to find homes for many wonderful canines and felines,” Luther said.

All of the creative promotions and posts made by Orange County Animal Services can be viewed at www.facebook.com/OrangeCountyAnimalServices. Adoptable animals can also be seen on www.ocnetpets.com.