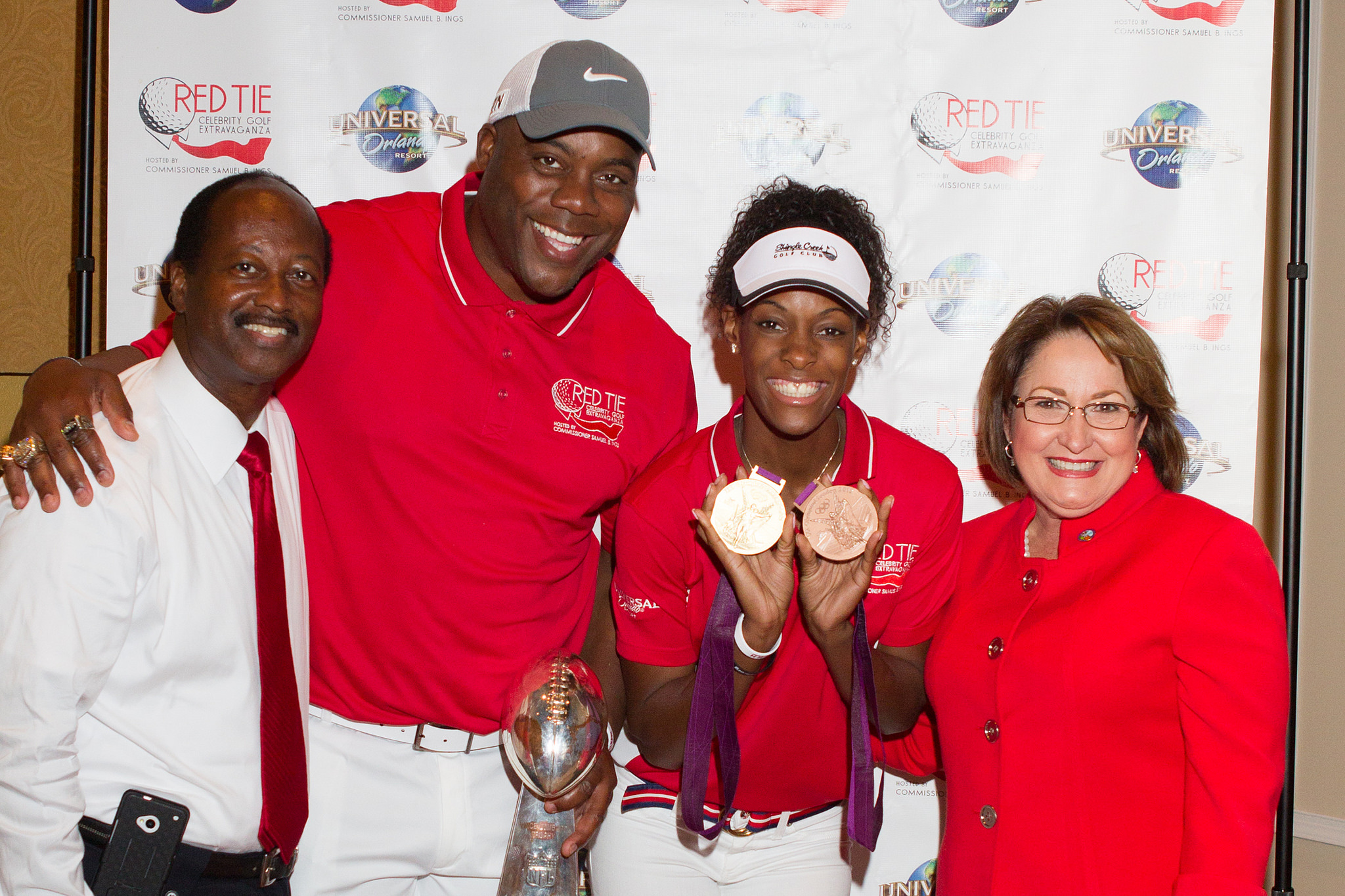 The event provided an opportunity for residents to compete in a game of golf and network with celebrities, business and regional civic leaders. The annual event benefits more than 20 community programs within the area of District 6, which extends from Vineland and Conroy Road through International Drive in Orlando.

“I offer my congratulations and thanks to Commissioner Ings and his lovely wife June for creating this wonderful event.” Mayor Jacobs said. “I wish to thank all our community partners, including volunteers and sponsors, who assisted in bringing such a successful golf and fellowship event to Orange County.”

Several notable sports figures were present at the event including DeeDee Trotter, a three-time Olympian in Track and Field, and Roland Williams, an author, sports analyst and Super Bowl champion.

Trotter trained in Orlando and is currently a model with the Wilhelmina agency. Williams has appeared on many cable and TV networks, including radio, online and print publications. Williams is an eight-year NFL Veteran and Super Bowl XXXIV champion.

Actor Vinicius Machado, an Orlando native who graduated from Dr. Phillips High School, was the featured speaker at the luncheon. Machado spoke about how he continued to believe in himself – even while he had to sleep in his car before his rise in Hollywood.

The Red Tie Celebrity Golf Extravaganza was created in 2011 by Commissioner Ings to support the youth and seniors in the area.

“This event takes a collaborative team of people in the community, corporations, elected officials and celebrities from across the county and country to make it successful,” Commissioner Ings said. “The Red Tie is a lot of fun because our sponsors go out their way to make sure this event is memorable and raises money for District 6 programs. I am proud to say that this year we raised approximately $50,000 for the community and our Golfers had a great time doing it.”

A collection of photos from the Red Tie Celebrity Golf Extravaganza event are available on Flickr for use by the media.